HOLYSTONE is a parish, township and small village, delightfully seated on the south side of the river Coquet, 8 miles west-by-north-west from Rothbury station on the North British railway, 20 west from Alnwick and 23 north-west from Morpeth, in the Hexham division of the county, western division of Coquetdale ward, Coquetdale West petty sessional division, Rothbury division and county court district, rural deanery of Rothbury, archdeaconry of Lindisfarne and diocese of Newcastle. The parish is bounded on the north and east by Alwinton parish, and on the south and west by Elsdon parish. The church of St. Mary is a small edifice of stone in the Norman style, consisting of chancel, with vestry on the north side, nave and a western bell gable containing one bell: in 1848-9 the church was thoroughly restored, at a cost of £400, and the chancel rebuilt: in the latter are two memorial windows, erected about 1857, to members of the Dawson family: built into the south wall of the chancel are three monumental crosses, and a fragment of another is in the churchyard wall: during the restoration a stone coffin with coped lid was uncovered and found to contain two skulls and other remains: there are sittings for 150 persons. In the churchyard are two ancient gravestones, incised with large crosses. The register dates from the year 1719. The living is a vicarage, with that of Alwinton annexed, joint gross yearly value £255, with residence, in the gift of the Lord Chancellor, and held since 1891 by the Rev. Arthur Stocqueler Wardroper Th. Assoc.K.C.L. who resides at Alwinton. There are charities of £1 10s. yearly value. Here was once a Benedictine nunnery, founded before 1235 by a member of the Umphraville family; at its dissolution there were eight nuns, and revenues valued at £11; some remains of the building still exist. In the township is a celebrated well, called “The Lady Well,” consisting of a beautiful basin of water, shaded by trees and shrubs, where Paulinus is reputed to have baptized, early in the 7th century, 3,000 Christian neophytes. Campville, the residence of Major Robert Thompson, is situated on a Roman encampment, half a mile west of Holystone. Thomas C. Fenwicke-Clennell esq. of Harbottle Castle, who is lord of the manor, Anthony Wilkinson esq. of Sherraton, Castle Eden, and Major Robert Thompson are the chief landowners. The cultivated portion of the land is dry gravelly soil; but the chief part is wild and uninclosed moor. The soil is moorland; the subsoil, red sand and freestone. The principal crops are turnips, oats, barley and pasture. The area of the township is 2,926 acres and 15 of water; rateable value, £1,430; the population in 1891 was 91. 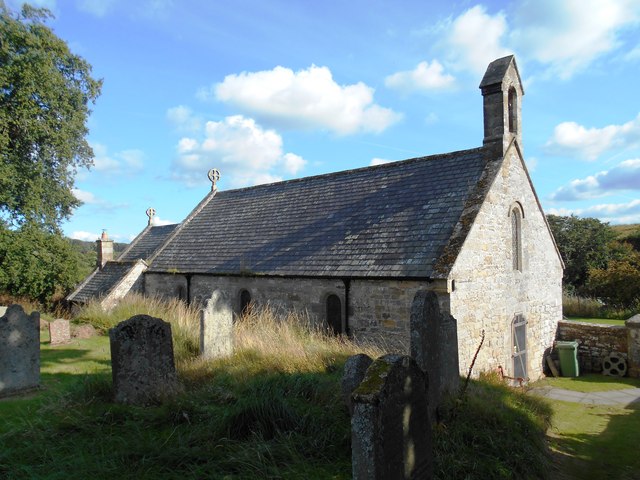