HESKET-IN-THE-FOREST (St. Mary), a parish, in the union of Penrith, Leath ward, E. division of Cumberland; containing, with the townships of Calthwaite, Itonfield, Petteril-Crooks, and Plumpton-Street, 2,018 inhabitants, of whom 883 are in the township of Nether and Upper Hesket, 9 miles (N. by W.) from Penrith. This place derives the adjunct to its name from its situation within the limits of Inglewood Forest, the courts for which are held on St. Barnabas' day, in the open air, under a tree called Court Thorn, between Upper and Nether Hesket, on which occasion the inhabitants of more than twenty townships attend, from whom a jury is balloted and sworn. Upper and Nether Hesket are two considerable villages on the road from Penrith to Carlisle. Near Aiketgate is a tarn, covering about 100 acres, and abounding with carp. Fine white and cream-coloured clay, containing shining particles of mica, and well adapted to the manufacture of porcelain, is found at Barrock. The Penrith and Carlisle railway passes through the parish, which comprises by computation 10,000 acres. The living is a perpetual curacy; net income, 150; patrons and appropriators, the Dean and Chapter of Carlisle, whose tithes in Nether Hesket have been commuted for 77. The church was built about 1530, and rebuilt in 1678, and again in 1760; a gallery was erected by subscription in 1827. At Armathwaite is a chapel, a neat structure in the early English style. In 1763, John Brown bequeathed 200 towards the support of a school. 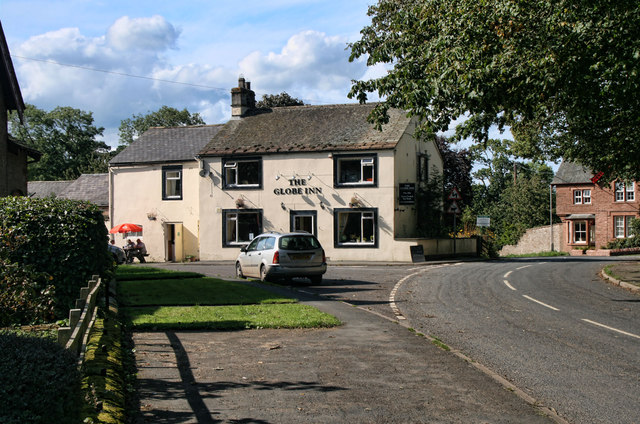 Armathwaite, 1848
- ARMATHWAITE, a chapelry, in the parish of Hesket-in-the-Forest, union of Penrith, Leath ward, E. division of Cumberland, 5 miles (N.W.) from Kirkoswald. The village is beautifully situated on the western ...

Armathwaite, 1848
- ARMATHWAITE, a chapelry, in the parish of Hesket-in-the-Forest, union of Penrith, Leath ward, E. division of Cumberland, 5 miles (N.W.) from Kirkoswald. The village is beautifully situated on the western ...