Harton Academy is located on Lisle Road in Harton, South Shields. The first school building on the site opened on the 7th September, 1936, at that time known as South Shields Grammar-Technical School for Boys[1] - this merged together the South Shields High School for Boys (established in 1885) on Mowbray Road, Westoe Higher Grade School, and Westoe Secondary School. Later the school here became Harton Comprehensive School and Harton Technology College. The current school underwent a major renovation and development in 2010-12, including the addition of a new sixth form building. In 2015, the swimming pool on the site was redeveloped. The academy has about 1,650 students aged 11 to 18.
Text from Wikipedia, available under the Creative Commons Attribution-ShareAlike License (accessed: 09/03/2018).
Visit the page: Harton Academy for references and further details. You can contribute to this article on Wikipedia.

Harton Academy (formerly Harton Technology College or Harton Comprehensive School) is a mixed secondary school and sixth form located in South Shields, Tyne and Wear, England. It founded on the existing site in 1936.

In 2006, Ofsted rated the school as 'outstanding' and it has received three Government Achievement awards, as well as being named in the 'top 50 most improved specialist schools' throughout the UK. In 2009 Ofsted highlighted Harton as one of 12 outstanding schools serving disadvantaged communities. In 2013, they delivered a similar report.

As part of the BSF (Building Schools for the Future) initiative, in 2010 the school has recently completed twenty-five million pounds worth of construction on a new sixth form building – holding specially designed DT, Maths and Science blocks – which initially housed existing pupils while refurbishment of the main building was under way. The school designed the new building specifically for Sixth Form usage with whole-school Maths, Science, Design Technology and cafeteria, whilst the refubished old block contains English, Humanities, Computer Science, Music and Modern Foreign Languages. In summer of 2015, the swimming pool facilities were redeveloped to the cost of four hundred thousand pounds.

In 2011, the National College for Teaching and Leadership announced Harton Academy as one of the first one hundred Teaching Schools to be designated from the start of 2011-2012 academic year; one of only five secondary schools in the north east, and one of only fifty-six secondary schools in the country, to receive the recognition. This new designation entitles the academy to lead the training and professional development of staff from across the North East region.

As part of HM Queen Elizabeth II's birthday honours list for 2013, the executive head teacher; Ken Gibson was knighted on the grounds of 'excellence in administrating education.' 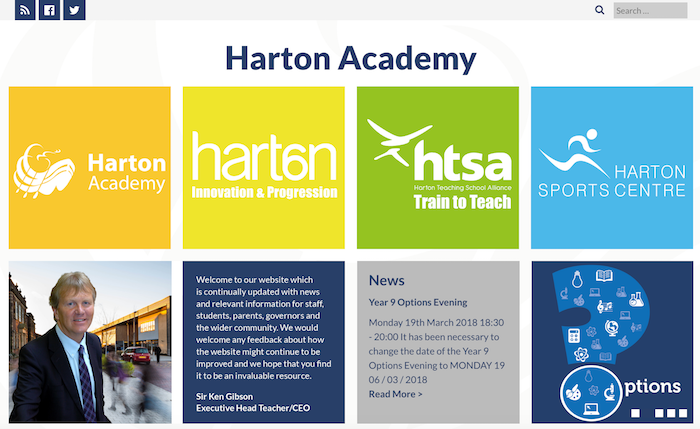 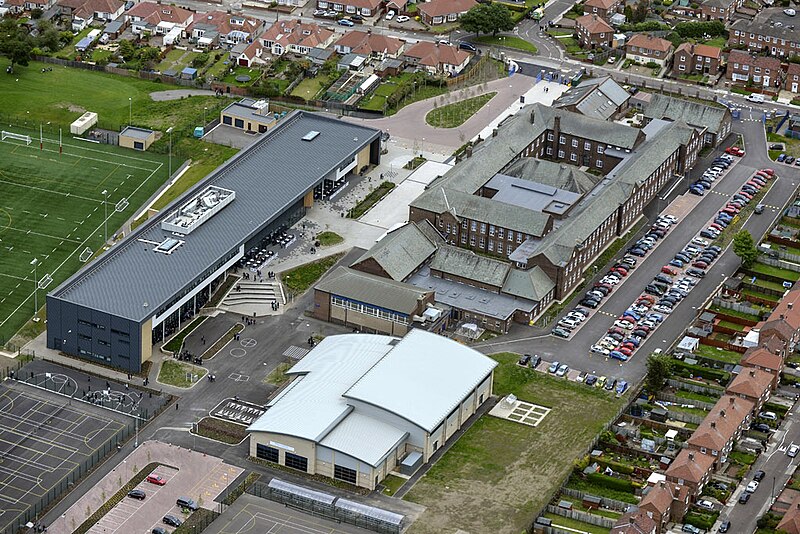 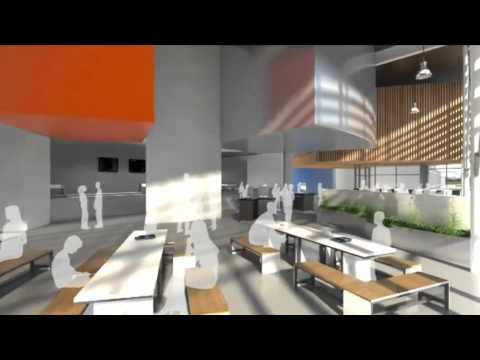 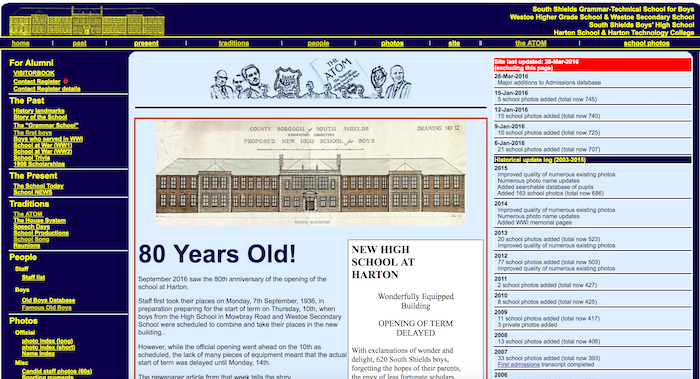