GRAYRIGG, a chapelry, in the parish and union of Kendal, partly in Lonsdale ward, but chiefly in Kendal ward, county of Westmorland, 5½ miles (N.E. by E.) from Kendal; comprising the townships of Dillicar, Docker, Grayrigg, Lambrigg, Whinfell, and part of Patton; and containing 801 inhabitants, of whom 264 are in Grayrigg township. The chapelry consists by computation of 17,000 acres, of which one-third is arable, one-third pasture, and the remainder common and waste; the surface is undulated and partly mountainous, and the soil generally productive. The Lancaster and Carlisle railway intersects the chapelry, passing amidst scenery of the most romantic character. Between the townships of Docker and Lambrigg it is carried over a deep gill by a noble viaduct, justly admired for its proportions, and light yet substantial appearance; near this viaduct is the Grayrigg station, and there is another station at a place called Low Gill, in Dillicar. The living is a perpetual curacy, with a net income of £100; patron, the Vicar of Kendal. The chapel, dedicated to St. John, was rebuilt at the expense of the inhabitants, in 1708, and again, on an enlarged plan, in 1837, at a cost of £1017, raised by subscription, aided by a grant of £100 from the Incorporated Society; it is a neat edifice, in the later English style. The Society of Friends have a meeting-house (which has not been used, however, for the last few years), with a burial-ground attached. A boys' school has an endowment of £30 per annum; and a girls' school has been lately built. At Grayrigg are the remains of a Roman camp.

Grayrigg
- Overview About Grayrigg Map Street View &nbsp; Grayrigg is a small village and civil parish in the South Lakeland district of Cumbria, England. It lies on undulated and partly mountainous ... 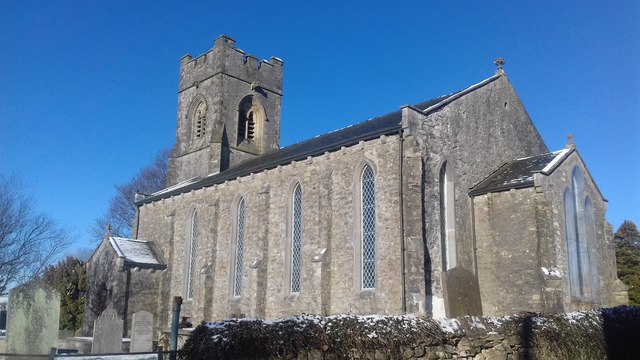 Grayrigg
- Overview About Grayrigg Map Street View &nbsp; Grayrigg is a small village and civil parish in the South Lakeland district of Cumbria, England. It lies on undulated and partly mountainous ...