Felling Metro station is a station at Felling, on the Tyne and Wear Metro, in Gateshead, England. It is on the system's Yellow and Green line.

Felling station was one of the main line stations rebuilt for Metro use. The original station was built for the Brandling Junction Railway, opening in 1839, but in 1896 this was replaced by a station on the present site (the original BJR building is still extant on the north side of the line). It closed for Metro work in November 1979, at which point BR trains were concentrated on the formerly freight-only northern pair of tracks here, leaving the southern pair for Metro use. On 5 November 1979 BR trains began to call at the new Heworth station instead of Felling and Pelaw. Felling station was rebuilt and opened for Metro use two years later. The station was refurbished in 2015.

On 26 March 1907 the 10.52am express passenger train from Leeds to Newcastle-upon-Tyne, was derailed while running between Heworth signalbox and Felling Station. Eight people were seriously injured, two of whom later died. 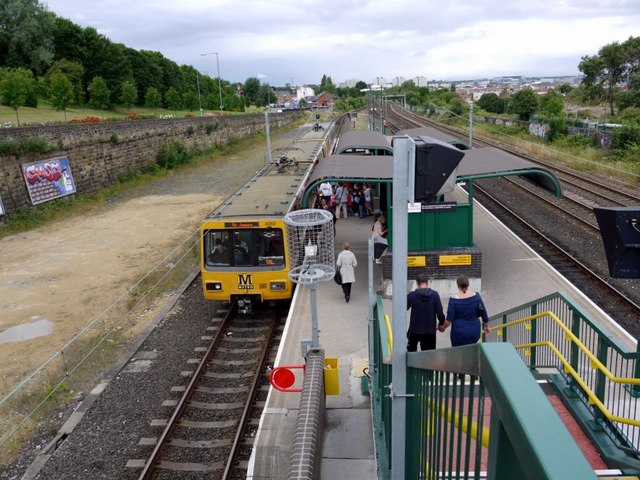