The single arch limestone bridge over Dalden Dene at Dalton-le-Dale is dated 1789. The bridge is Grade II listed.[1] It is reputed that Oliver Cromwell crossed Dalton Bridge (an earlier bridge at this location), whist on his tour of the north following the Civil War. There is a story that St Andrews church was saved from attack by Cromwell and his men because a large tree hid it from view as they passed by.[2] The bridge now carries a bridleway to Caterpillar Wood. The bridleway is known locally as 'Stoney Cut', derived from the excavation of the Hetton Railway in the distant past. 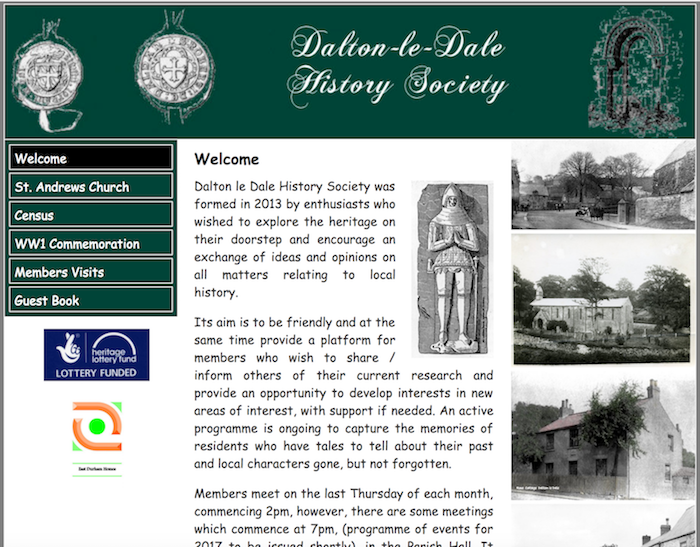