Crosscrake is a distributed village in the South Lakeland district of Cumbria, located about 3 miles south of Kendal. The village includes Crosscrake Church of England Nursery and Primary School and St Thomas' Church. Historically, Crosscrake was a chapelry (there had been a chapel at Crosscrake from the 12th century) within the ancient parish of Haversham in the old county of Westmorland. The chapelry was often under the name of Stainton. Today, Crosscrake is part of Stainton Civil Parish.

STAINTON, or Crosscrake, a chapelry, in the parish of Heversham, union and ward of Kendal, county of Westmorland, 4 miles (S. by E.) from Kendal; containing 605 inhabitants, of whom 365 are in the township of Stainton. The chapelry, including the township of Sedgwick, comprises about 2004 acres, of which 1,910 are arable, 40 meadow, and 54 woodland. The Lancaster canal and the Lancaster and Carlisle railway pass through. In Stainton township are the hamlets of Stainton-row, Barrows-Green, Crosscrake, Helm, and Halfpenny. On a stream tributary to the Belo, are two mills for spinning flax, and a woollen-mill; and the manufacture of bobbin is also carried on. The living is a perpetual curacy; net income, £87; patron, the Vicar of Heversham. The chapel, called Crosscrake chapel, was founded in the reign of Richard II., by Anselm de Furness, son of the first Michael le Fleming; was rebuilt in 1773; and had a burial-ground attached to it in 1823. There is a place of worship for Independents. At Helme are the remains of an encampment.

CROSSCRAKE, a chapelry, with a village, in Heversham parish, Westmoreland; adjacent to the Kendal canal, the river Ken, and the Lancaster and Carlisle railway, 1½ mile SSW of Oxenholme r. station, and 3¼ S of Kendal. Post town, Stainton, under Milnthorpe. Rated property, £2, 178. Pop., 544. The property is much subdivided. The living is a p. curacy in the diocese of Carlisle. Value, £145.* Patron, the Vicar of Heversham. The church is tolerable. 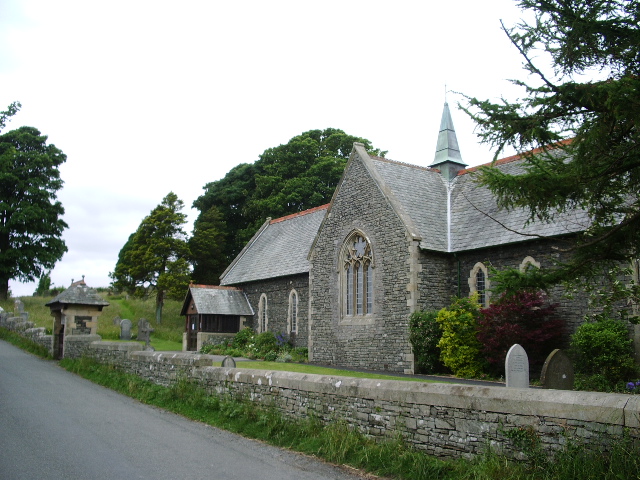