CROSBY-RAVENSWORTH (St. Lawrence), a parish, in West ward and union, county of Westmorland, 4 miles (N. by E.) from Orton; containing, with the townships of Mauld's-Meaburn, Reagill, and part of Birbeck-Fells, 909 inhabitants, of whom 323 are in the township of Crosby-Ravensworth. The parish comprises 8,942a. 3r. 19p. of inclosed land, whereof 3,399 acres are in Crosby-Ravensworth township. It is celebrated for its breed of hogs; the hams are noted for their peculiarly fine flavour. Limestone is quarried extensively. The village is situated in a fertile valley, watered by the rivers Birbeck and Lyvennet, which latter has its source at a place called Black Dub, where Charles II. halted with his Scottish army. The living is a discharged vicarage, valued in the king's books at £7. 13. 14.; net income, £150; patrons, the family of Howard; impropriator, the Earl of Lonsdale: the glebe consists of 28 acres, with a glebe-house. The church, a handsome structure with a tower, was built in 1814: near it stands the ancient manorial mansion, a towerbuilding embosomed in trees, and formerly moated. A school was founded and endowed by the Rev. William Willan, in 1630: the schoolroom was rebuilt in 1784, by William Dent, Esq., who, with others, raised the income to £30. Another school is partly supported by an endowment of £25 per annum, accruing from land; and a third, for females, is endowed with £6 per annum. On the eastern side of Black Dub is a heap of stones, called Penhurrock, probably a tumulus of the Britons. 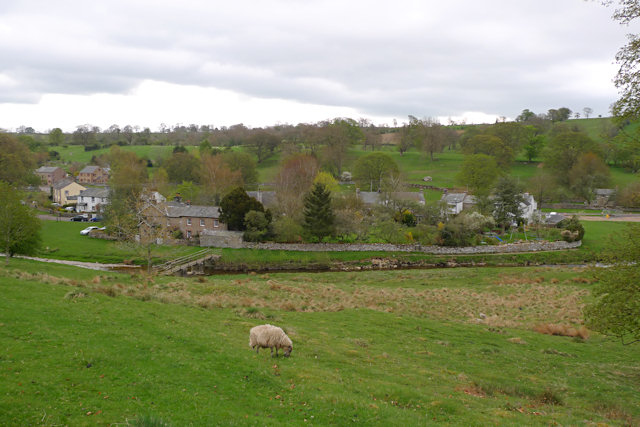