"Crook was little more than a hamlet with a village green until the early 19th century. Although coal had been mined near Crook since the 15th century it was not until considerable expansion of the coal mining and associated industries (e.g.Brickworks, coke works) in the second half of the 19th century that the character of the settlement changed from being a small agricultural village to that of a local industrial centre for the west Durham coal field. Yet despite this growth, particularly in the period 1841-51 when the population increased seven fold, the centre of the Crook still retains some features and qualities associated with its past as a small village." (Durham County Council, 2013)

Crook is a historic market town in County Durham, in the North East of England.

Located a couple of miles north of the River Wear, Crook lies about 9 miles (14.5 km) south-west of the historic city of Durham and 5 miles (8km) north-west of Bishop Auckland. The A690 road from Durham turns into the A689 leading up through Wolsingham and Stanhope into the scenic upper reaches of Weardale (an Area of Outstanding Natural Beauty). Crook is consequently sometimes referred to as the "Gateway to Weardale".

The centre of Crook, a designated conservation area, features a good variety of shops and businesses with the market held on Tuesdays and Saturdays. There are two prominent churches, the centrally located St Catherine's CE and Our Lady Immaculate & St Cuthbert's RC on Church Hill. On top of the hills to the east sits Crook Golf Club, its challenging 18 hole course offering spectacular views of the local countryside. For a town of its size Crook also features a good selection of pubs, cafes and restaurants.

Crook first appeared as an agricultural village around 1795 although its surrounding districts – Billy Row, Stanley, White Lea, Roddymoor and Helmington Row – were established much earlier. In these days Crook was predominantly farmland; however, it also had an Inn and a blacksmith shop, consequently the primary field of employment was within the agricultural industry. 40 years later; Crook became a mining village, and thrived as the coal was very close to the surface and soon there were over 20 mines around the Crook area, and by the end of the nineteenth century the town had developed rapidly in population and economy. However a lot of the population in the area had declined in the following century as the coal mines and industries closed with over 34% of the population being unemployed.

Crook has a famous amateur football team, Crook Town F.C.. Crook Town have won the FA Amateur Cup five times, most recently beating Enfield F.C. in 1964, before the cup was abolished in 1974. This record is second only to Crook's near neighbours, Bishop Auckland F.C.. The club have also reached the third round of the FA Cup and formed a key role in the development of FC Barcelona, playing a number of friendly matches in the 1910s and 1920s.

The town is also home to oldest purpose built Cinema in the North, built as the Electric Palace and opened on 21 November 1910. Currently the building is a Car Parts and Accessories shop but a group was set up in 2015 with the intention of restoring the building back to a working cinema. Much of the original interior features remain inside.

Crook has a backdrop of traditional and modern buildings. The tallest building in the town is the Council Building. It has 5 floors and at about 100 ft, it is a prominent feature of the Crook skyline. However, the council building is dwarfed by Crook's surrounding hills, which completely surround the town except on the south side. The tallest stands at 300 metres above the town, about 980 ft. The highest point in the town is on West Road where the height is 210 metres (about 690 ft).

Approximately 2 miles to the west of Crook on the A689 towards Wolsingham and Weardale, 400 yards past the roundabout junction with the A68, is the surviving World War II Harperley POW Camp 93, a Scheduled Ancient Monument within English Heritage.

Crook schools comprise primarily of White British pupils, although there is a small amount of English speaking pupils from minority ethnic groups.

Crook Nursery is an average-sized school that serves the immediate area. The current headteacher is Mrs J C Thompson.

A larger than average community school that shares a site with Crook Nursery School. It has a pupil capacity of 371. It has more disabled, special educational needs and free school meal eligible pupils than the national average.

Marilyn Tempest – a local legendary teacher – retired after thirty years of employment on 30 April 2014 and received a standing ovation from the then current pupils and teachers. During an interview with The Northern Echo, she said "I have had the most wonderful time here, teaching is the best job in the world.".

A smaller than average community school, it has a pupil capacity of 210. It also has a large proportion of children with special educational needs and/or disabilities. The current headteacher is Mr Shawn Laws.

An average-sized voluntary aided Roman Catholic school, with a pupil capacity of 210. The proportion of pupils with disabilities and/or special educational needs is below average, although the amount eligible for free school meals are above average and ever increasing. The current headteacher is Mrs Donnelly.

Crookfest is an all day music festival held on the Sunday of the early May Bank Holiday weekend within Crook AFC's Sir Tom Cowie Millfield ground. It is organised by Marshall Rippon on behalf of the football club and features around 20 bands over 3 stages with marquees erected on the pitch.

Constantine Scollen. A famous missionary priest among the Blackfoot and Cree peoples of Canada in the late 19th Century.

Paul Walker. Bafta nominated TV director, known for working on such shows as Heartbeat, Shameless, The Bill and more.

Bill Rowe. 2 time BAFTA Award for Best Sound winning sound engineer who worked on over 160 films between 1955 and 1992. 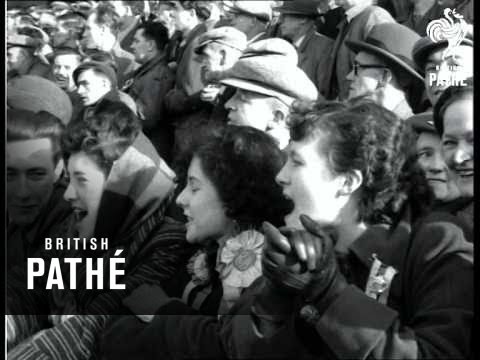 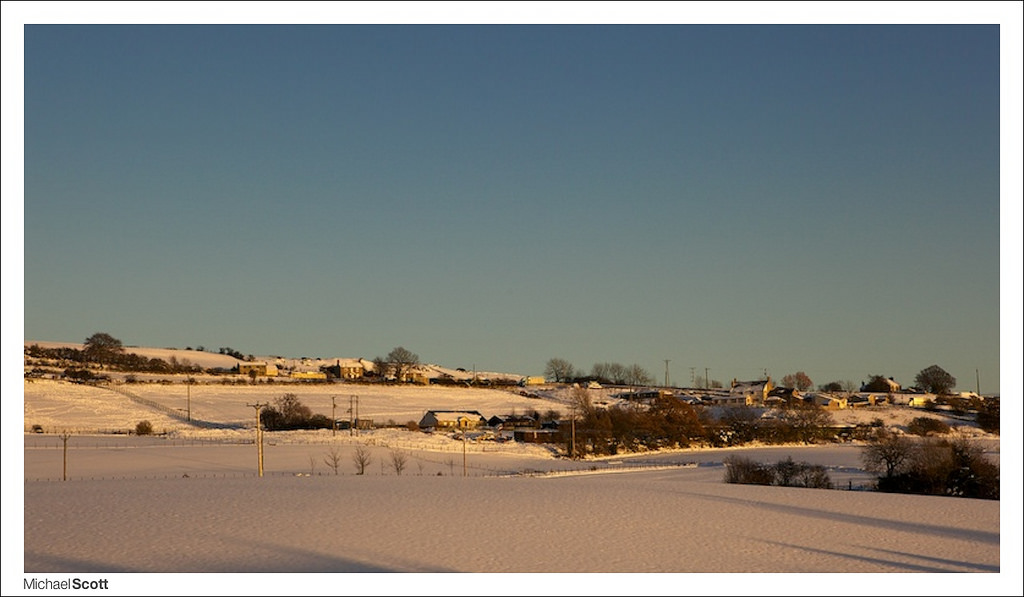 Crook in the low winter sunshine

Crook Town - Memories and photos of the 1940's and 50's
- "This is Jim Dowson I’m dedicating this website to my home town of Crook in County Durham, England and to my friends and acquaintances who lived in Crook, Willington ...

Local History: Crook
- "The town of Crook lies about 10 miles to the south west of Durham, and the bottom end of Weardale The earliest evidence for settlement in this area are the ... 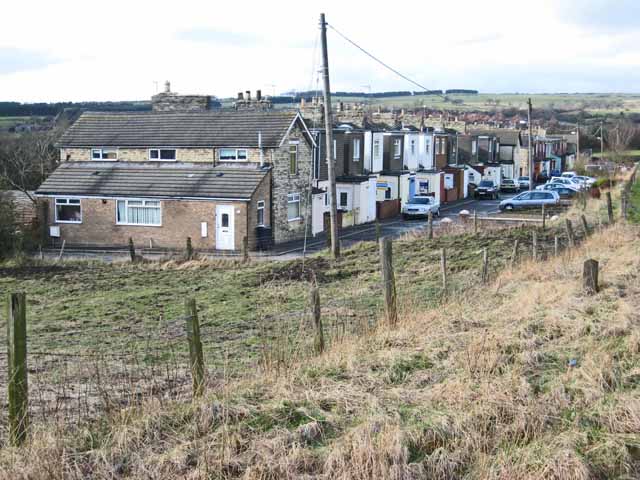 No drinking! Temperance Terrace, above Crook. 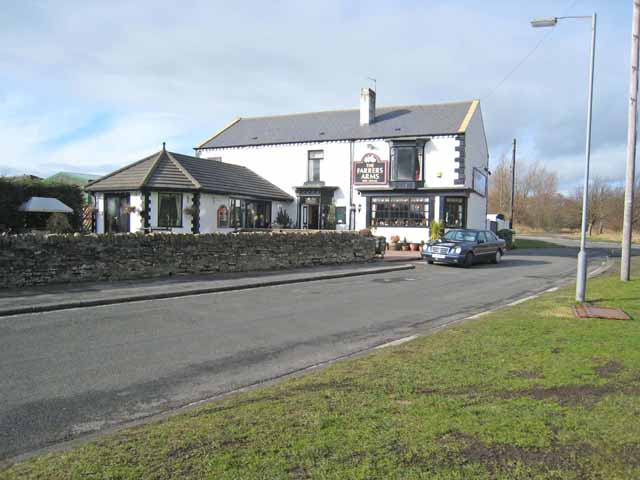 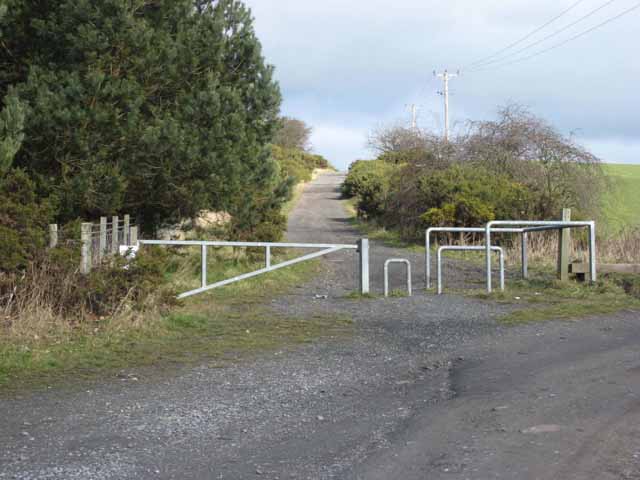 Roddymoor
- Overview About Roddymoor Map Street View Roddymoor is a village in County Durham, in England. In the 2001 census Roddymoor had a population of 500. Location It is situated to ...

Crook in the low winter sunshine

Crook Town - Memories and photos of the 1940's and 50's
- "This is Jim Dowson I’m dedicating this website to my home town of Crook in County Durham, England and to my friends and acquaintances who lived in Crook, Willington ...

Local History: Crook
- "The town of Crook lies about 10 miles to the south west of Durham, and the bottom end of Weardale The earliest evidence for settlement in this area are the ...

No drinking! Temperance Terrace, above Crook.

Roddymoor
- Overview About Roddymoor Map Street View Roddymoor is a village in County Durham, in England. In the 2001 census Roddymoor had a population of 500. Location It is situated to ...

Map and Aerial View of Crook

Map and Aerial View of Crook