Church of the Holy Trinity, Stockton-on-Tees

The ruins of Holy Trinity Church stand in Trinity Green, a public park close to Stockton-on-Tees town centre. The church was built in 1837-1838 by John and Benjamin Green. It was built on land gifted to the the town of Stockton by the then Bishop of Durham, William Van Mildert (1765 - 1836). It was the first parish church of Stockton, built at a time when the population of Stockton was growing rapidly. It was an Anglican church up to 1982 when it closed following declining attendance and financial problems. In 1985, the building was taken over by the Greek Orthodox church, but suffered persistent vandalism. On the 26th of September 1991 the church was gutted by a fire, the cause of which was never fully determined.  The church underwent safety and refurbishment work, which completed in 2008, following £550k funding from English Heritage and Stockton Borough Council. Today the church ruins form a prominent  part the public park. It is used for some of Stockton's cultural events such as Stockton International Riverside Festival and Christmas carol concerts. The old church is Grade II* listed on the National Heritage List for England. 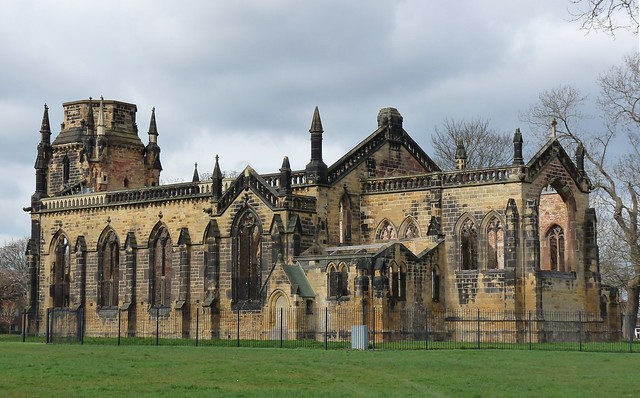 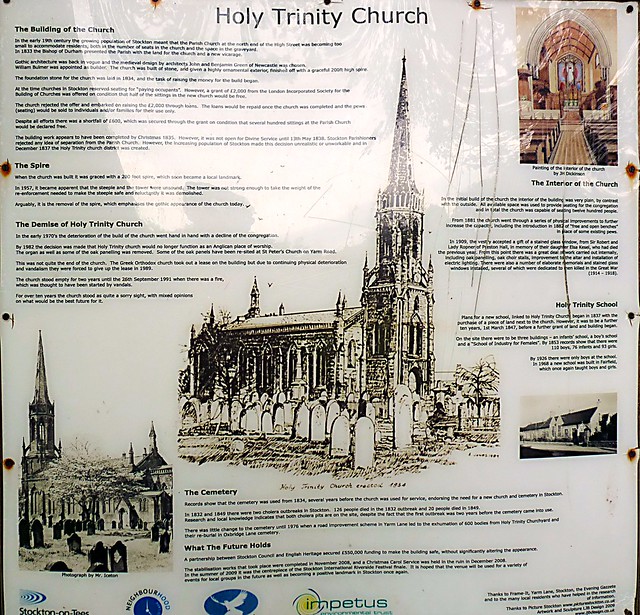 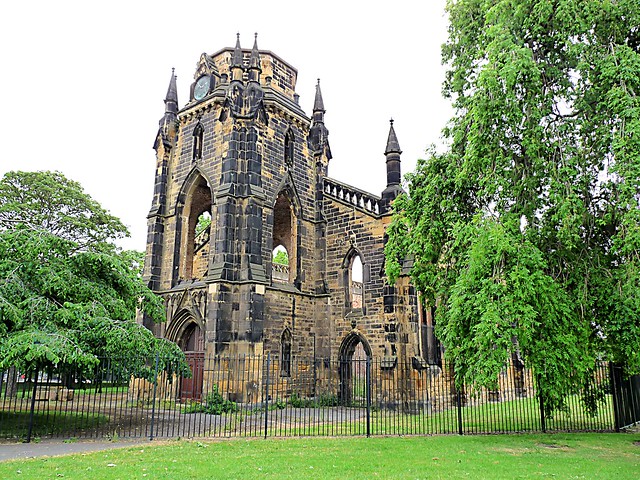 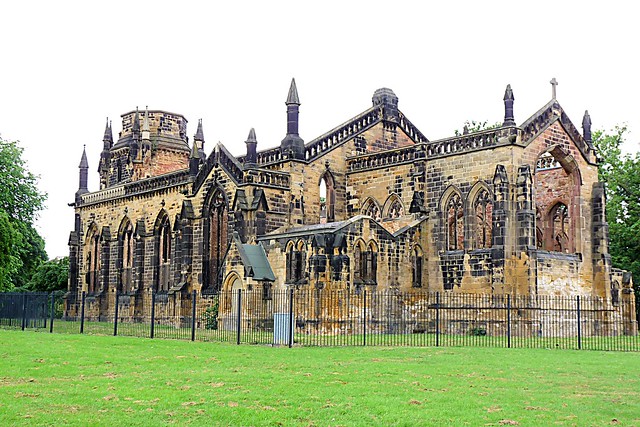 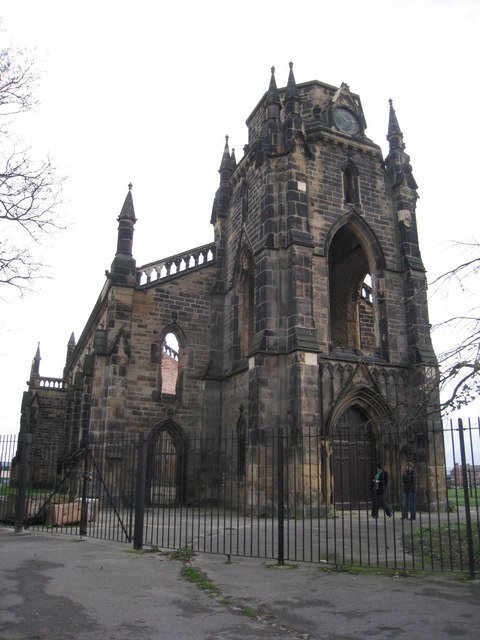 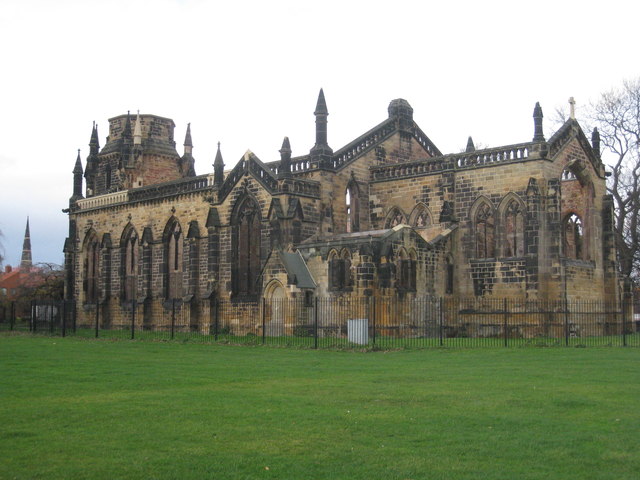 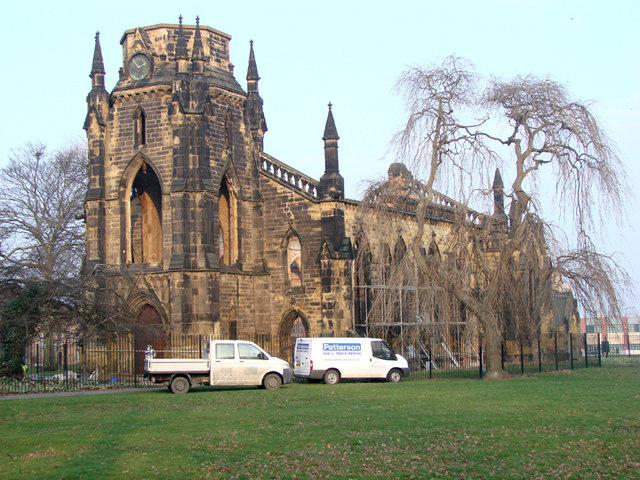 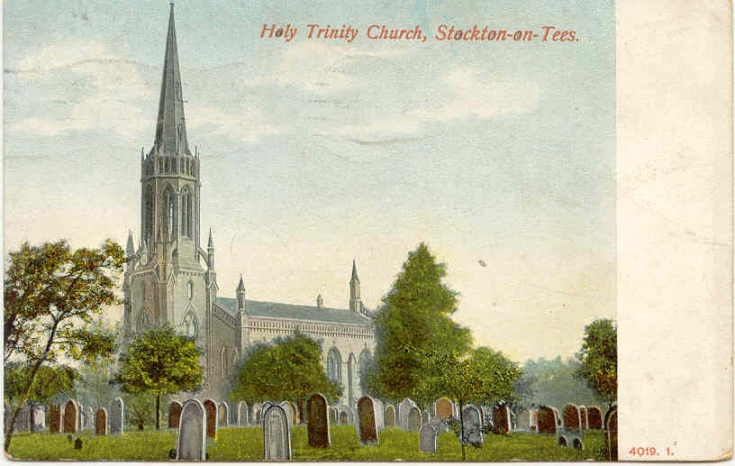