Castle Dairy is the oldest building in Kendal, now an Heritage & Education Centre run by Kendal College. A plaque on the building states: "CASTLE DAIRY. This house formerly occupied by tenants of the Barons of Kendal, comprises a 14th-century single storey hall with cross wings, embellished as a gentleman's residence in the 16th century, extended at the rear in the 17th-18th centuries and recently renovated. Its name appears to be a corruption of Castle Dowery, a dower house for widows of the Barony. KENDAL CIVIC SOCIETY". The building was restored and refurbished in 2011 when it came under the care of Kendal College. Castle Dairy was restored after being damaged by flooding following Storm Desmond in 2015. Then for 8 years, up to 2019, the building was used as restaurant, before conversion to a Heritage & Education Centre. Castle Dairy is a Grade I listed building on the National Heritage List for England.

Kendal Historic Buildings and Monuments in Kendal Grade I Listed 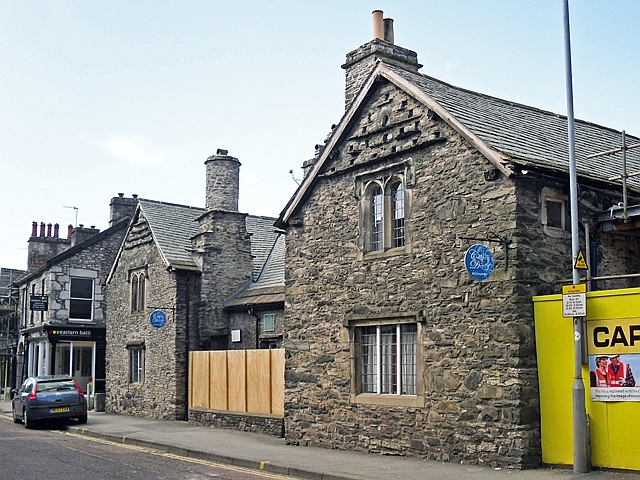 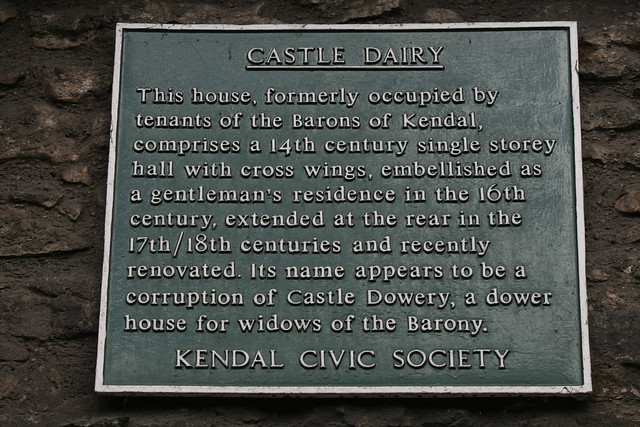