Byers Green is a village in County Durham, located close to the River Wear and a mile and a half West of Spennymoor. The Parish Church of St Peter the Apostle is located at the South of the village and is Grade II listed on the National Heritage List for England.

BYERS-GREEN, a township, in the parish of St. Andrew Auckland, union of Auckland, S. E. division of Darlington ward, S. division of the county of Durham, 4 miles (N.N.E.) from Bishop-Auckland; containing 489 inhabitants. It was anciently a part of the possessions of the family of Neville. The Byers-Green branch of the Clarence railway diverges from the Durham branch at Ferry Hill, about 6 miles distant, and terminates at this place. A district church dedicated to St. Peter has been built, and endowed by the Bishop of Durham, for the townships of Byers-Green and Newfield, and part of Binchester. The tithes have been commuted for £57 payable to the impropriators, £51 to the bishop, £21 to the rector of Whitworth, and £6 to the rector of Brancepeth.

Byers Green is a village in County Durham, in England. It is situated to the north of Bishop Auckland, between Willington and Spennymoor, and a short distance from the River Wear.

Byers Green Hall has been the home of the Trotter family since the 15th century.

Thomas Wright, (1711–1786) a famous 18th-century astronomer, architect and mathematician was born and died here. Wright was educated in King James I Grammar School in Bishop Auckland before being apprenticed to a clockmaker in the town. By 1734, after various adventures, Wright had progressed to making a huge working model of the universe (an orrery) for an aristocratic London patron. This set him on his remarkable career that included the first accurate description of the Milky Way.

Professor Harold Orton, (1898–1975) a noted 20th-century linguist and English dialectologist was also born here. Harold Horton was the son of a schoolmaster at Byers Green and attended King James I Grammar School in Bishop Auckland followed by Merton College, Oxford. His 1933 book The Phonology of a South Durham Dialect, based on the dialect of the area, was re-published by Routledge in 2015.

Sir Percy Cradock, GCMG, (1923–2010) a senior British civil servant, was born in Byers Green. He was educated at Alderman Wraith Grammar School, Spennymoor followed by St John's College, Cambridge where he read law. Having trained as a barrister Cradock joined the Diplomatic Service and during his career held a number of senior diplomatic posts including Ambassador to China. Later in his career he was labelled by the media as the 'UK's most senior spy' because he chaired the Joint Intelligence Committee (UK) under Margaret Thatcher's government. Cradock died in London on 22 January 2010, aged 86.

It is not known whether there was a village at Byers Green in the Anglo-Saxon period. The village name is quite late; it was first recorded in 1345 as Bires. It is probably the exact equivalent of the modern word 'byres'. The village name thus means '(the green by the) cowsheds'.

Byers Green remained a farming area throughout the medieval period and into the 16th and 17th century. Most people would have worked on the land.

was opened in 1837 by the Clarence Railway, after it opened its Byers Green branch from in 1837. From 1840 it became a junction station, between the Clarence and the West Durham Railway towards . Passenger services were withdrawn on 4 December 1939, when the passenger service from Ferryhill was cut back to . Goods was handled at Byers Green until 2 June 1958.

Since the line was lifted in the late 1960s, the station buildings have been demolished, but the site is part of the Auckland County walking system 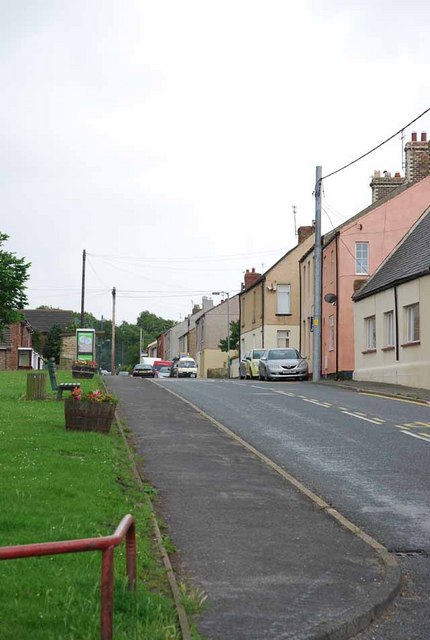 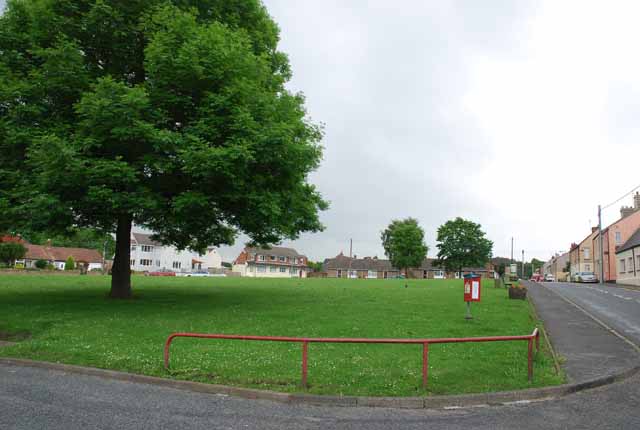 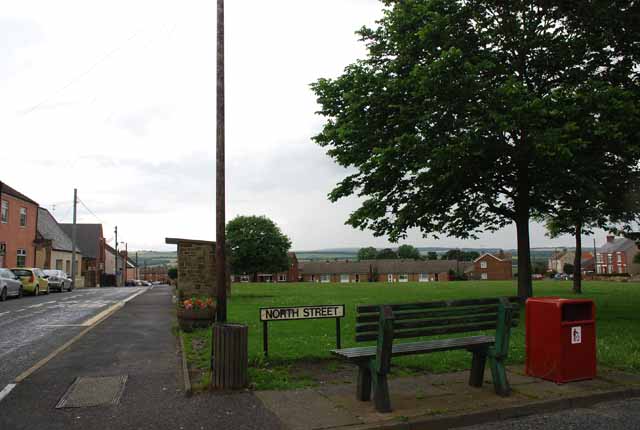 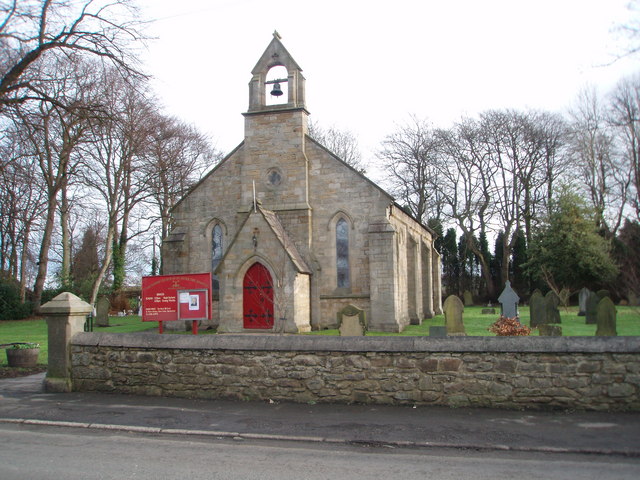 The Parish Church of St Peter the Apostle 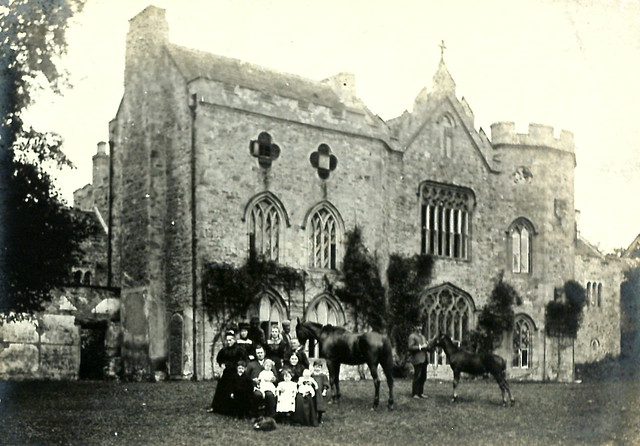 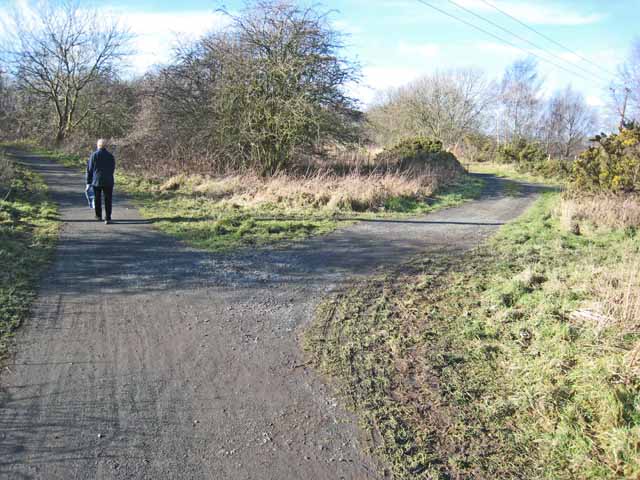 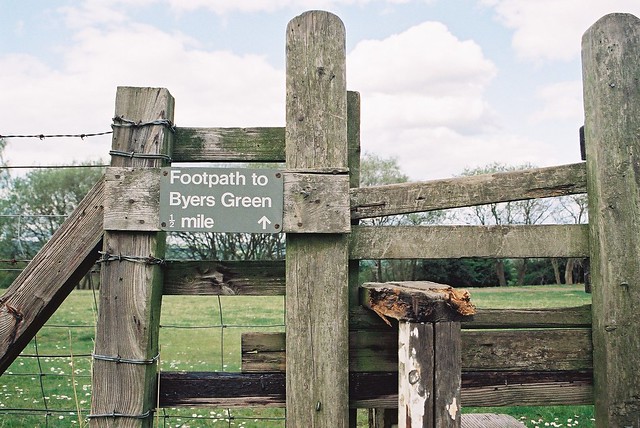 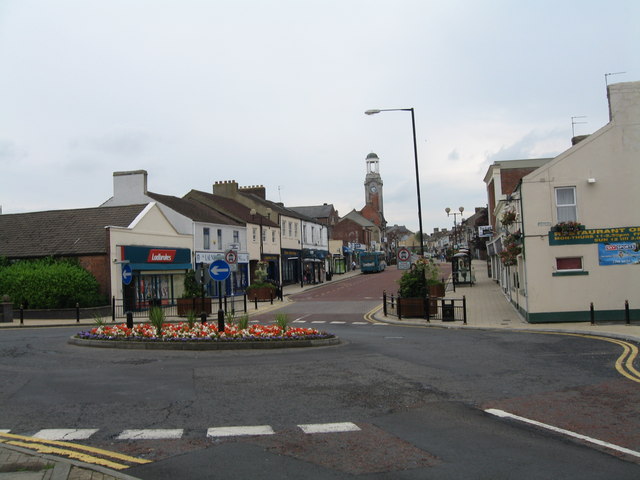 Spennymoor
- Overview About Spennymoor Map Street View &nbsp; Spennymoor is a town in County Durham, England. It stands above the Wear Valley approximately seven miles south of Durham. The town was ...

The Parish Church of St Peter the Apostle

Spennymoor
- Overview About Spennymoor Map Street View &nbsp; Spennymoor is a town in County Durham, England. It stands above the Wear Valley approximately seven miles south of Durham. The town was ...