BRINKBURN, HIGH WARD, a township, in the parochial chapelry of Long Framlington, union of Rothbury, E. division of Coquetdale ward, N. division of Northumberland, 9¼ miles (N.N.W.) from Morpeth; containing 96 inhabitants, and comprising 1,894 acres. Brinkburn, including also the Low Ward, was anciently extra-parochial: it stretches about three miles along the north side of the river Coquet, and is crossed by the high road-from Weedon Bridge: the soil is a strong clay. Here are extensive strata of limestone, and a mine of coal. A priory for Augustine canons was founded in the time of Henry I., by Osbertus Colatarius, in honour of St. Peter: the establishment, at the time of the Dissolution, consisted of ten religious, and the revenue was rated at £77. It was beautifully situated within a curvature of the Coquet, which flows close to the walls; and now forms an interesting ruin, exhibiting specimens of Norman architecture. On the hill above the priory are traces of a Roman town, in connexion with a military way; and the foundations of the piers of a Roman bridge are discernible when the water is low. 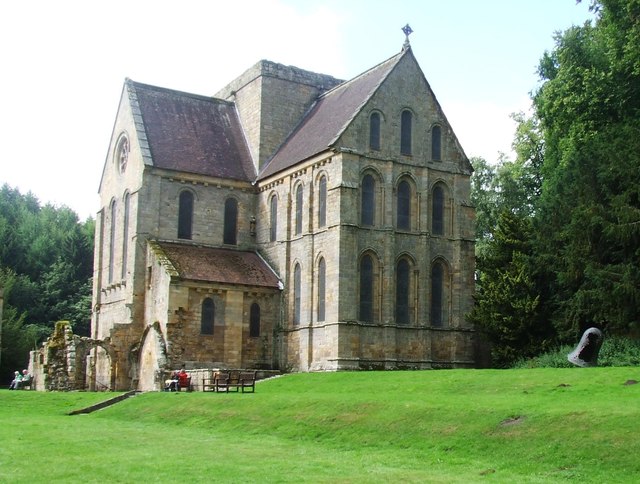 Brinkburn Priory
- Overview About Map Brinkburn Priory was a medieval monastery built on a tight bend of the River Coquet, located 1.8 miles south west of Longframlington, in Northumberland.&nbsp;It was founded by ...

Brinkburn Priory
- Overview About Map Brinkburn Priory was a medieval monastery built on a tight bend of the River Coquet, located 1.8 miles south west of Longframlington, in Northumberland.&nbsp;It was founded by ...