Black Middens Bastle House is at an isolated location on the north side of the Tarset Valley, about 2 miles north-west of Greenhaugh in Northumberland. It was built in the late 16th/early 17th century, one of a number of bastle houses (fortified farmhouses) in the area, built in times of frequent border raids and hostilities between England and Scotland. Black Middens is recorded as being attacked in a raid by the Armstrong family in 1583, but otherwise little is known of it's history.[1] Black Middens Bastle House is a Grade II* Listed building and a Scheduled Ancient Monument.[2]

Black Middens Bastle House lies about 7 miles (11 km) northwest of Bellingham, Northumberland. It is a two-storey fortified stone farmhouse from the 16th century. In times of trouble, which were common on the English-Scottish border, farmers could hide behind its thick walls. Livestock would be kept downstairs and the farmers' families upstairs.

The original door was blocked over and three additional doors and an external staircase were eventually added, and the roof lost. Nearby on the property is an 18th-century stone cottage.

The house, cottage, and grounds are owned and administered by English Heritage. 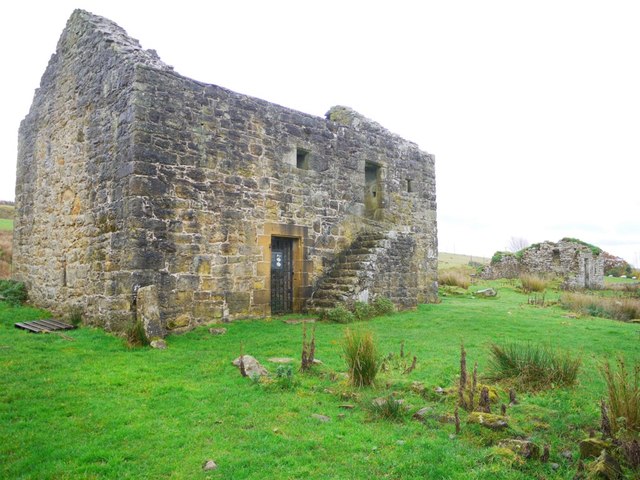 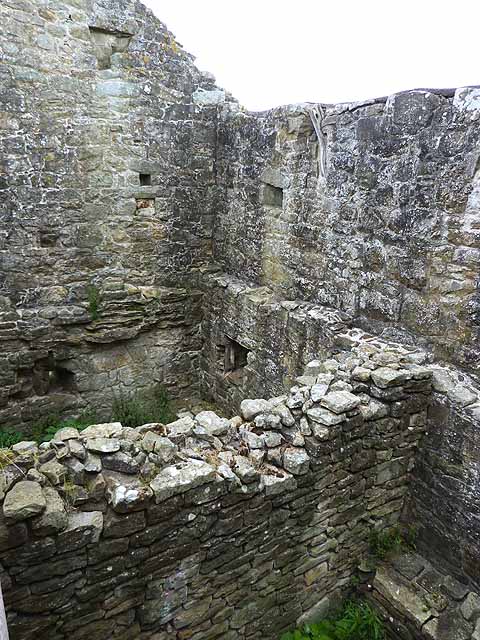 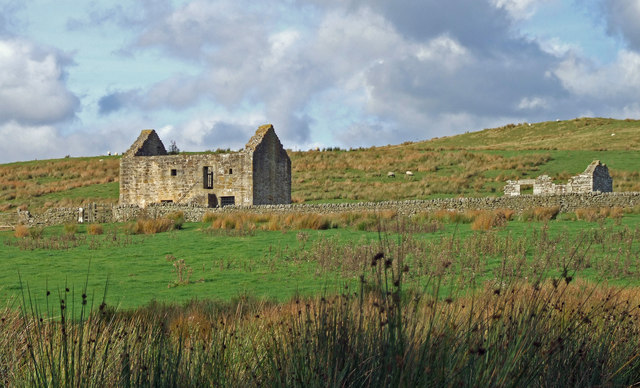 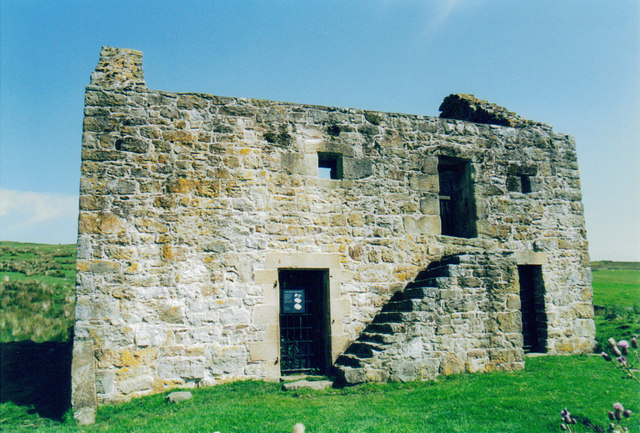 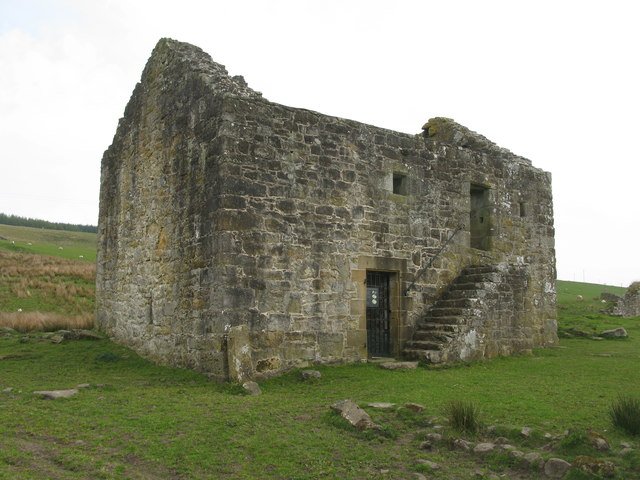 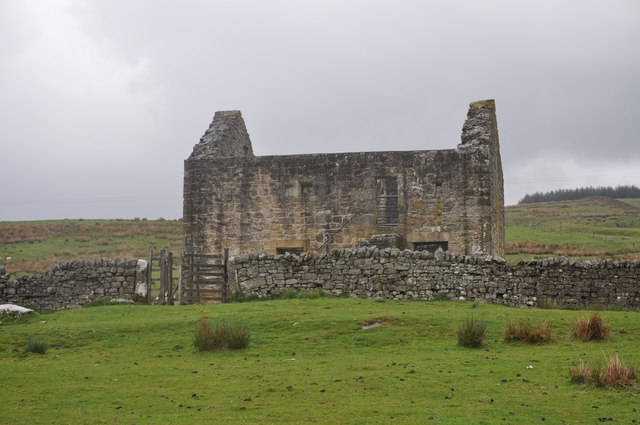 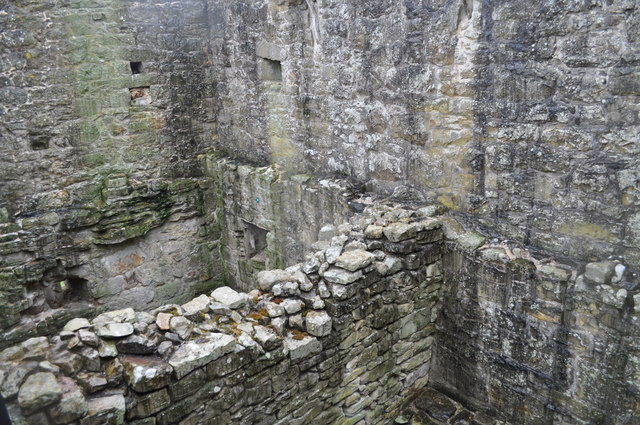 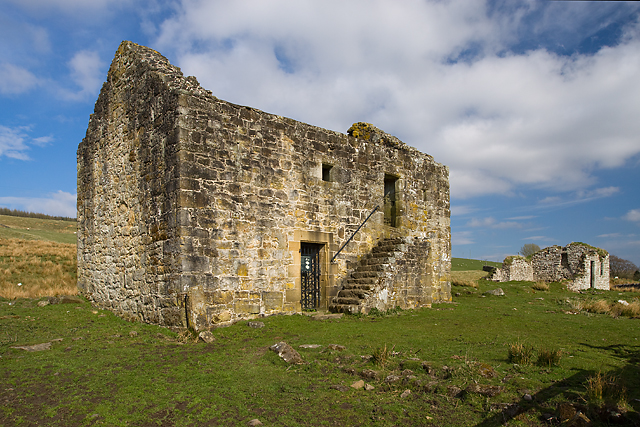 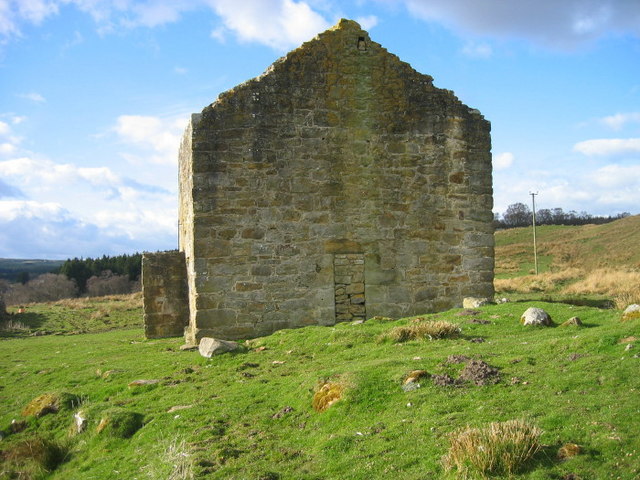 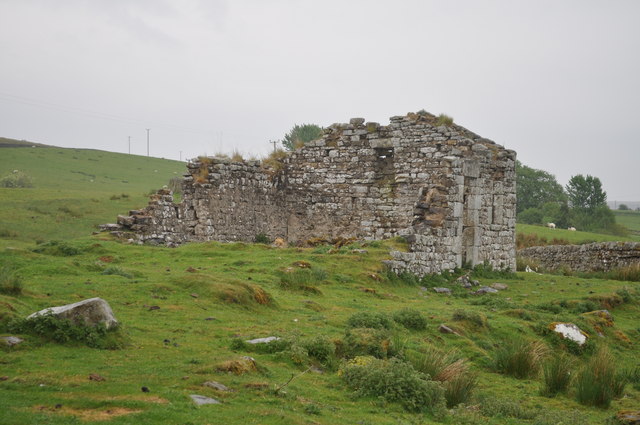 BLACK MIDDENS BASTLE HOUSE
- "A fortified farmhouse with thick stone walls, of a type distinctive to the troubled 16th century Anglo-Scottish borders. The living quarters were only accessible at first floor level....."

BLACK MIDDENS BASTLE HOUSE
- "A fortified farmhouse with thick stone walls, of a type distinctive to the troubled 16th century Anglo-Scottish borders. The living quarters were only accessible at first floor level....."