"The village of Acomb is situated on the north bank of the Tyne, two miles north from Hexham, and was part of the ancient manor of Hexham. It is often called West Acomb to distinguish it from a hamlet of the same name in Bywell St. Peter. It consists of one main street running from east to west and has an old fountain in the centre of a small square. Although it was reputed that the Anglo Saxons settlers of Northumberland founded Acomb village, there is some evidence of previous activity in the area...." (Northumberland Communities)

Acomb is a village in the south of Northumberland, England. The population at the 2001 Census was 1,184 increasing to 1,268 at the 2011 Census. It is situated to the north of Hexham, not far from the junction of the A69 road and A6079 road. The name is Anglo-Saxon Old English acum, 'at the oak trees'.

Some Bronze Age cists have been discovered in this vicinity.

Hadrian's Wall runs about 1 mile (1.5 km) to the NE of Acomb, where the site of Chesters Roman fort is located.

Acomb is in the parliamentary constituency of Hexham.

In this area there was much mining and quarrying. The coal mine at Acomb in 1886 employed 200 workers and 51,000 tons of coal per annum were raised. It was good coking coal and 41 coke ovens were in use. At Fallowfield then still working was another lead mine, where the Romans had mined and quarried. In 1886 the mine employed 120 men, mining lead and barites.

The pleasing church of St John Lee on the hillside amid the trees is dedicated to St John of Beverley, a local hermit and supposedly worker of miracles. There was a medieval church, but it was rebuilt in 1818 by Dobson and in 1885 enlarged by Hicks, so that it has a tower with spire — a landmark that can be seen from Warden, Hexham and all around. In 1765 at St John Lee Church a most remarkable marriage was celebrated. The bridegroom was Robert Scott, a well-known Northumbrian piper. He was 90 years old and for 26 years he had moved about on crutches. His bride, Jean Middlemas, was only 25 years old and might be regarded as destined to be a nurse to an antique husband. But on his wedding day, he threw his crutches away and walked from the village of Wall, where he lived, to the church. He walked back again among a group of fellow pipers. At the conclusion of the marriage, they were regaled with cakes and ale. Was this a miracle by St John of Beverley? 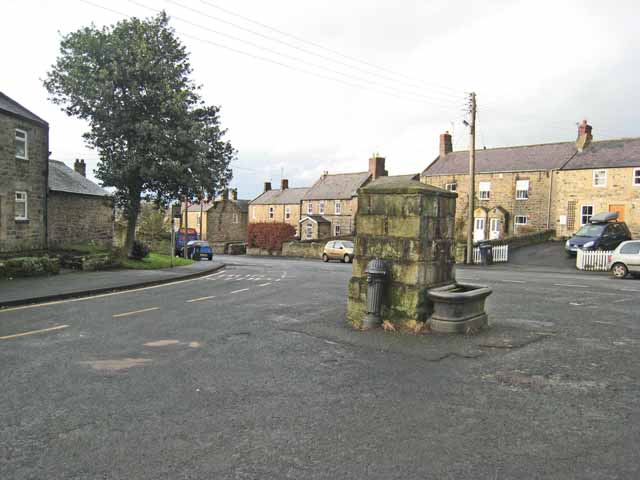 Acomb Green
- Old drinking fountain at "The Green", no exactly green any more, at the top end of Acomb village. Photo by Oliver Dixon and licensed for reuse under a Creative Commons ... 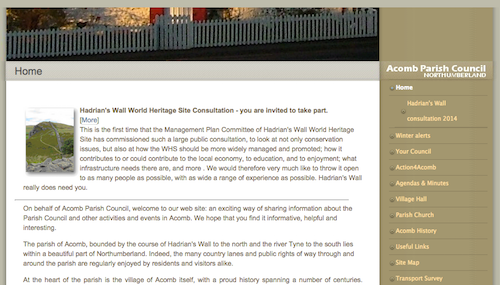 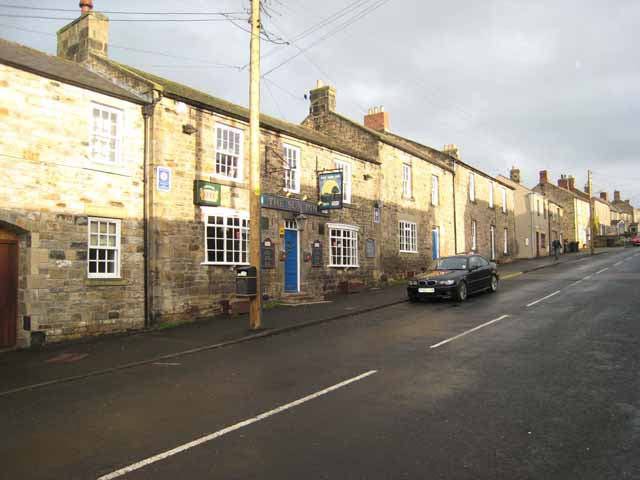 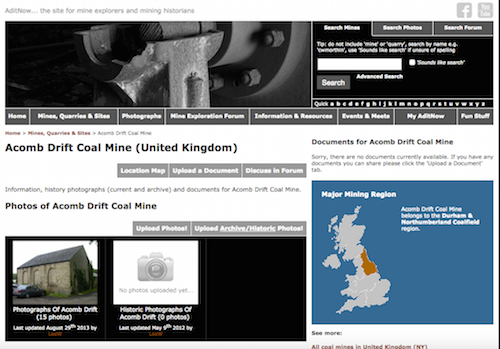 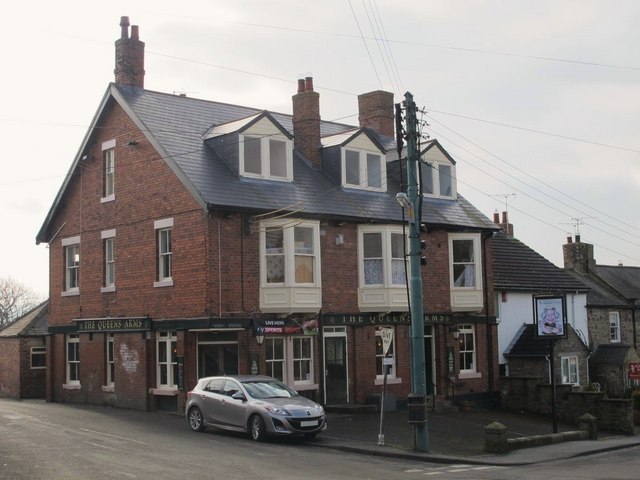 The Queens Arms, Main Street, Acomb
- Photo by Mike Quinn and licensed for reuse under a Creative Commons Licence.

Acomb Green
- Old drinking fountain at "The Green", no exactly green any more, at the top end of Acomb village. Photo by Oliver Dixon and licensed for reuse under a Creative Commons ...

The Queens Arms, Main Street, Acomb
- Photo by Mike Quinn and licensed for reuse under a Creative Commons Licence.

Map and Aerial View of Acomb