The ice rink on Hillheads Road in Whitley Bay originally opened in May 1955. The venue is used for ice skating and is home to the Whitley Warriors ice hockey team. There is also a fitness studio and a function room. In the past the ice rink was also one of the North East's major concert venues before the opening of the Metro Arena in Newcastle. The ice rink underwent a series of major building improvements in 2008.

Whitley Bay Ice Rink is an ice rink located in Whitley Bay, Tyne and Wear, England and is the home of the Whitley Warriors ice hockey team. An additional team played out of the ice rink, the Newcastle Vipers, who are now disbanded. It is one of two permanent public ice rinks in the north east of England. A ten-pin bowling centre in the area upstairs which was added in the 1960s was closed in 2007.

It was also the region's premier concert venue, until the Newcastle Arena (now Metro Radio Arena) opened in 1995. Artists that have performed at the venue include Status Quo, AC/DC, The Cure, Wham!, Iron Maiden, KISS, Metal Church, Metallica, Kylie Minogue, New Kids on the Block, Oasis, Pet Shop Boys, Sting, The Stone Roses and Take That, among others.

Surprisingly, Whitley Bay Ice Rink has only ever held one professional boxing event - Chris Eubank kayoed an inept Spaniard Jose Ignacio Barruetebana in just 55 farcical seconds in a main event of that 1995 show. However, the WWE then WWF held three wrestling house shows at the rink in 1993 with wrestlers such as The Undertaker, Shawn Michaels, Bret Hart, Randy Savage, Razor Ramon, Diesel, Ted Dibiase and Yokozuna appearing. As with concerts the WWE now does all of its Newcastle shows in the larger Metro Radio Arena.

In 2005, the ice rink was used to film BBC sitcom Thin Ice. Even though the series was set in Derby, Whitley Bay Ice Rink was chosen because the production company had used the venue on numerous occasions in the past. Although reference is made to Whitley Bay as the host of the British Championships in the programme, no mention is made in the credits.

In 2006, the ice rink was criticized by local authorities after demonstrating exceedingly poor fire regulations when a blaze was discovered. Skaters continued on the ice whilst the fire escalated.

2008 saw the rink undertake several improvements, such as new barriers and plexi glass, bench doors for hockey players and a new Zamboni (an ice resurfacer).

The Newcastle Vipers played their remaining home games out of Whitley Bay ice rink due to the Metro Radio arena not participating in holding sports events anymore. This stopped when the Vipers ceased operation at the end of the 2010/11 season.

Text from Wikipedia, available under the Creative Commons Attribution-ShareAlike License (accessed: 26/04/2018).
Visit the page: Whitley Bay Ice Rink for references and further details. You can contribute to this article on Wikipedia.
Whitley Bay Ice Skating 1955 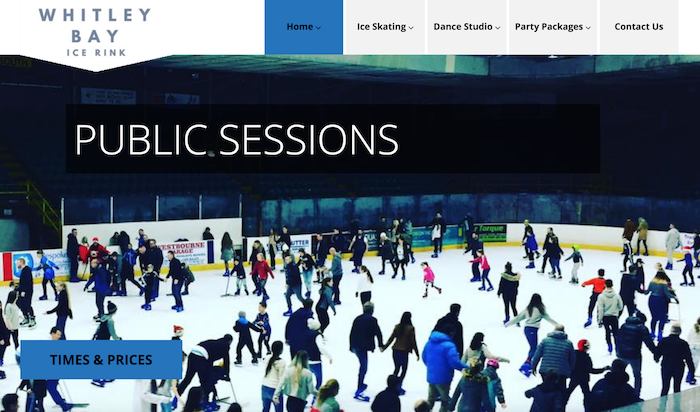 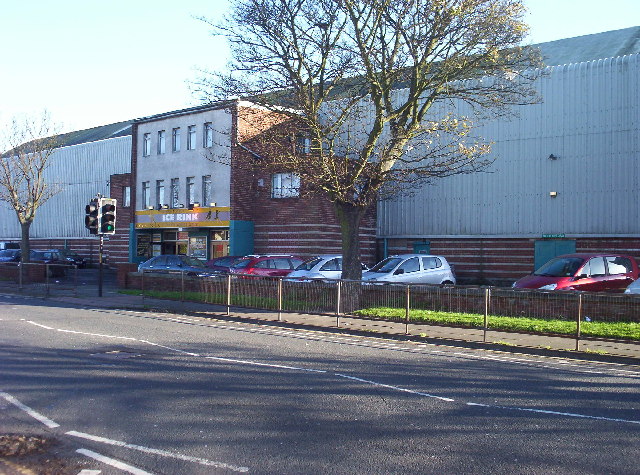 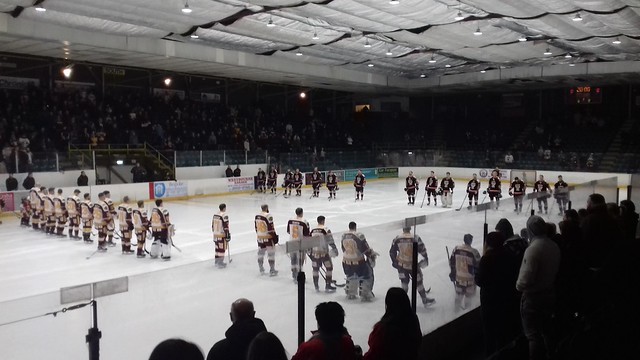 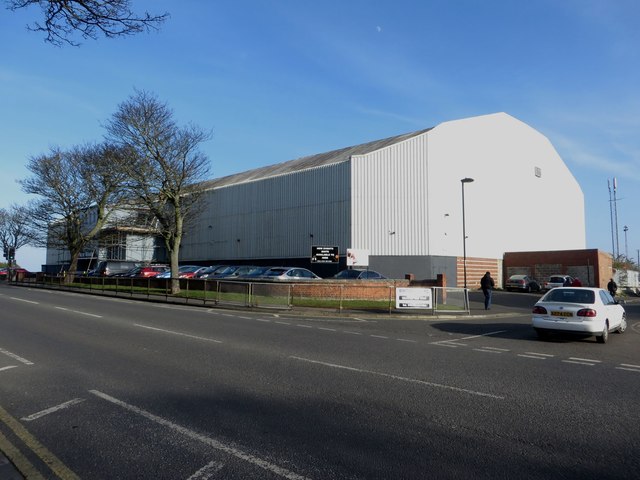 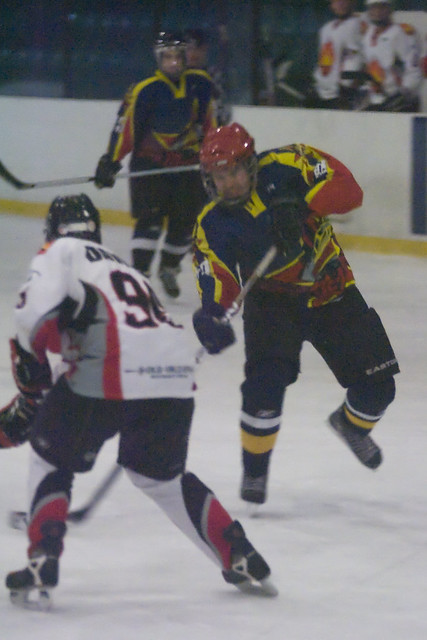 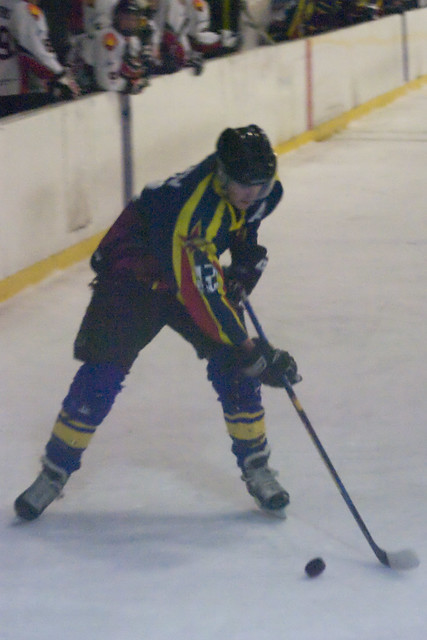