WHICKHAM (St. Mary), a parish, in the union of Gateshead, E. division of Chester ward, N. division of the county of Durham; containing, with the townships of Fellside, Lowside, and Swalwell, 4,319 inhabitants, of whom 923 are in Whickham township, 3½ miles (W.S.W.) from Gateshead. The parish comprises about 6,000 acres, of arable and pasture land in nearly equal portions, with a small quantity of wood: the Derwent divides it from Winlaton, on the west. A coal-mine is in operation 5 and at Dunston are some alkali-works, and a large factory for patent anchors. The village, which contains several neat and well-built houses, is pleasantly situated on an eminence overlooking the vales of Tyne and Team to the north and to the east, and commanding also an extensive prospect over the rising grounds across the Tyne. Gibside, the seat of William Hutt, Esq., is an ancient and splendid mansion, situated in spacious grounds embosomed in magnificent woodland scenery, and approached through a wood of venerable oaks: at the end of a fine terrace, nearly fronting the house, stands an elegant private chapel; and in the grounds is a Doric column 140 feet in height, surmounted by a colossal figure of Liberty. The living is a rectory, valued in the king's books at £20. 8. 11½., and in the patronage of the Bishop of Durham: the tithes have been commuted for £464, and the glebe consists of 107 acres. The church retains vestiges of considerable antiquity, amidst much of modern repair and alteration; is embellished with a square tower; and has a nave, aisles, and chancel: in the interior are eight plain square-edged Norman arches, and a bold chancel arch of the same style. The rectoryhouse stands at some distance across the road, to the west. There is a place of worship for Wesleyans; also a school, erected about 1711 by Robert Tomlinson, D.D., incumbent, and supported by various bequests subsequently made by him and others, together with subscriptions and the payments of the children. John Hewett, in 1738, left a small fund for apprenticing children; and about £30 per annum, the produce of benefactions, are distributed among the poor. In the parish is a bed of calcined earth, caused by the English, when pressed by the Scottish army under Leslie, setting fire to their camp, the flames of which communicated with a seam of coal that burnt with great fury for some years. The parish register, which commences in 1575, contains many allusions to the plague, and some also to the incursion of the Scottish army, part of which was quartered here after the rout at Newburn. 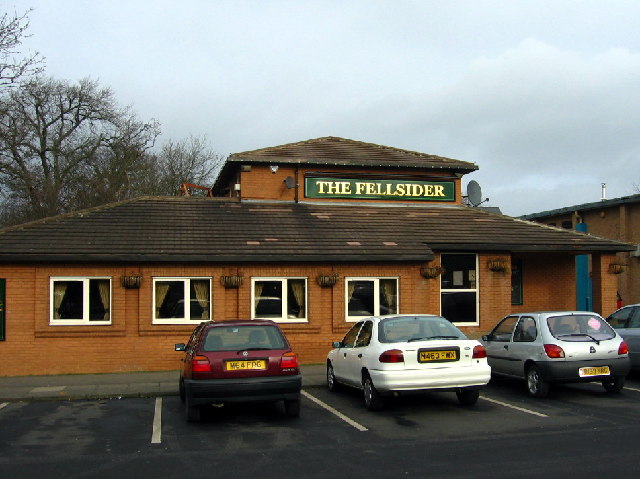 Fellside
- FELLSIDE, a township, in the parish of Whickham, union of Gateshead, W. division of Chester ward, N. division of the county of Durham, 5&frac12; miles (S.W.) from Newcastle; containing 593 ...

Fellside
- FELLSIDE, a township, in the parish of Whickham, union of Gateshead, W. division of Chester ward, N. division of the county of Durham, 5&frac12; miles (S.W.) from Newcastle; containing 593 ...