West Monkseaton Metro station is a station on the Yellow line of the Tyne and Wear Metro in the village Monkseaton, North Tyneside. It is located in a residential area at the west of Monkseaton, with the station entrance sited above the tracks on Earsdon Road.

Monkseaton had been served by a station since 1864, but the development of new housing in the area adjoining the line led the LNER to construct an additional station in 1933, of a mile west along the line from Monkseaton station. It opened on 20 March 1933, the platforms taking just a month to build after plans were approved. Work on the reinforced concrete Art Deco station building, however, did not begin until 1934. Staircases and ramps led down from this building to two timber platforms, both of which featured waiting rooms; the westbound platform featured a concrete canopy which was added by the LNER after the waiting rooms had been constructed.

Prior to Metro conversion, the station generally received services in both directions on the Coast Circle route every 20 minutes, but its services to Newcastle via South Gosforth were removed from January 1978 to facilitate the Metro conversion work of the stations to the west. This meant that the station was briefly a terminus for trains from Newcastle via the Coast, with DMUs reversing by using a crossover to the west of the station. The station closed for its own Metro conversion on 10 September 1979, reopening on 11 August 1980. When the station reopened, it still had wooden platforms (they were replaced several years later), while one BR corporate station nameboard remained in place until new signs appeared a few years after reopening.

The works taken to prepare the station for Metro use led to the loss of the wooden station buildings at track level and the replacement of the timber platforms with shorter concrete ones. The westbound platform's canopy was retained while a smaller canopy in a similar style was added to the eastbound platform. The original street-level entrance building remains, and was refurbished in 1999 along with the LNER platform canopy.

Trains towards South Shields via Newcastle, and towards St James via Tynemouth serve the station roughly every 12 minutes throughout the day, and every 15 minutes on Sundays. 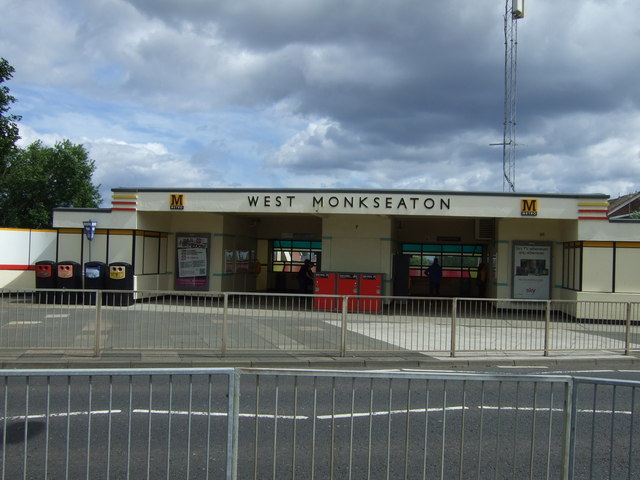