WELTON, a township, in the parish of Ovingham, union of Hexham, E. division of Tindale ward, S. division of Northumberland, 9¼ miles (E.N.E.) from Hexham; containing 59 inhabitants. This was anciently the seat of King Oswy; and it was here that the Saxon kings Penda and Segebert received the rite of baptism from Finan, Bishop of Lindisfarne. The township comprises 1,165 acres, the property of Thomas Wentworth Beaumont, Esq. About two-thirds of the land are arable, and the remainder meadow and pasture; the surface is elevated, the soil generally strong, and moderately fertile. The Tower, the manorial seat of the ancient family of Welton, is fast going to decay; there are still remaining in tolerable preservation, two handsome rooms with oriel windows. The Hall, an ancient mansion which, according to an inscription on the walls, was repaired in 1614, is still occupied. In the village is a flour-mill, driven by water. The tithes have been commuted for £120. The Roman wall passes in the immediate vicinity of the township. 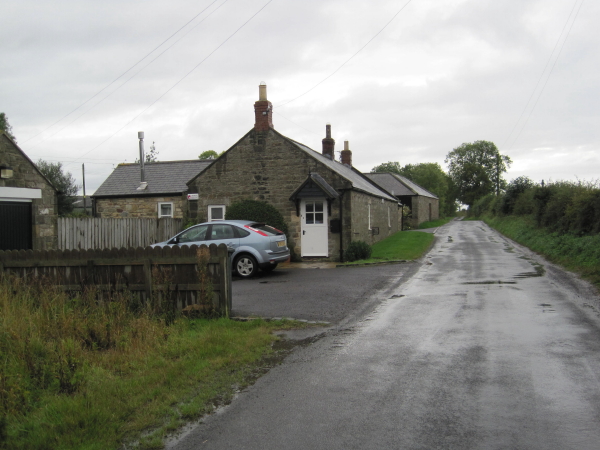