The War Memorial in Stanley Crook is located on North Road, near the junction with Billy Hill. It is a Creetown Granite statue depicting "Sorrow", holding a laurel wreath. The memorial was unveiled on the 24th of May 1924 by Sir A.F. Pease. It commemorates 44 local servicemen and 1 civilian who lost their lives in the First World War.[1] In 1949, the memorial was also inscribed with the names of 18 local men who were killed in the Second World War. The memorial is Grade II listed on the National Heritage List for England. 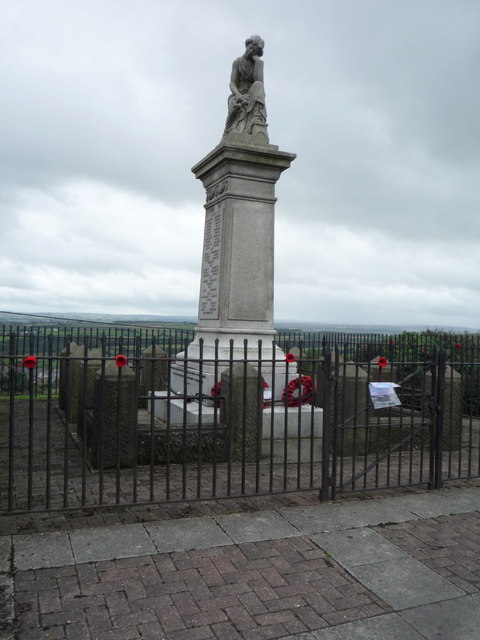 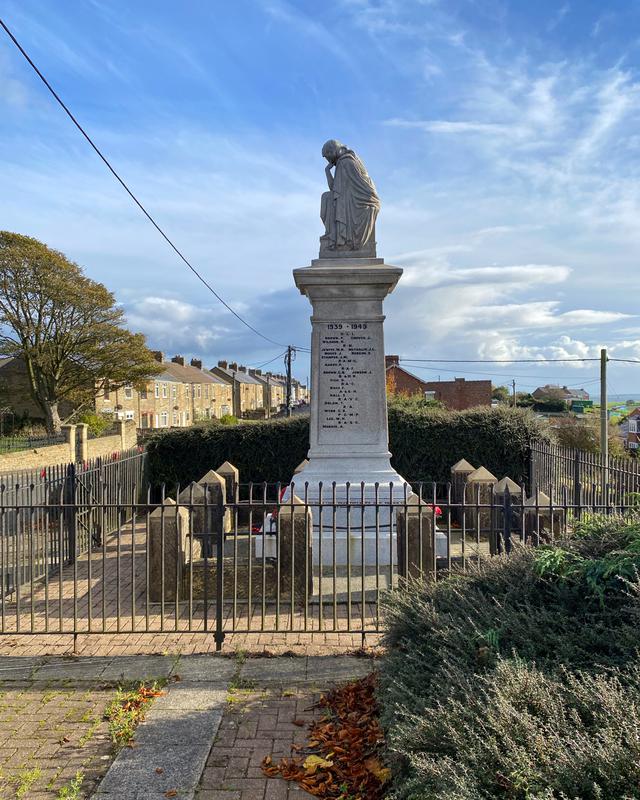 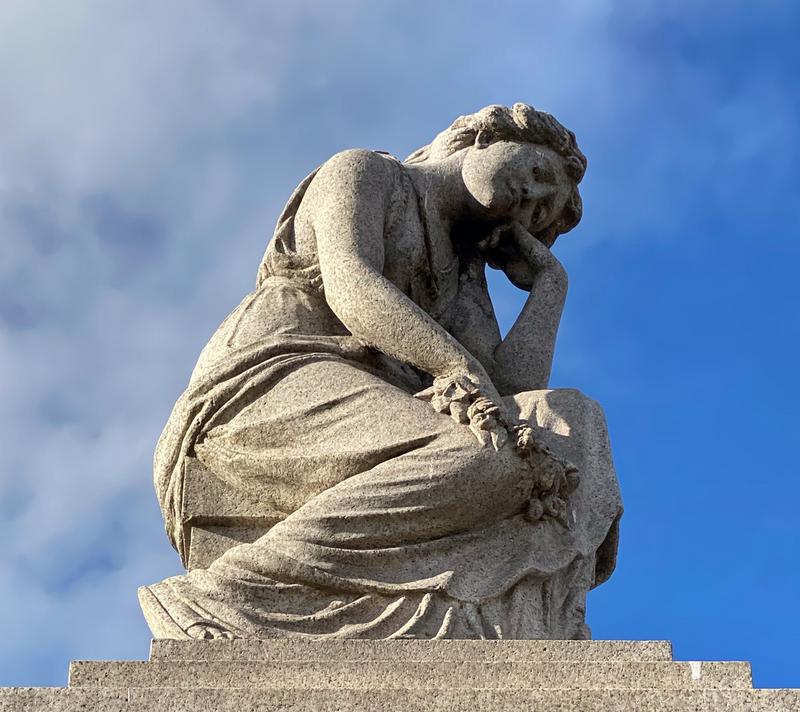