The War Memorial in Shiremoor is located off Emmerson Place. The memorial is a statue of a Northumberland Fusilier resting on reversed rifle, on tall column.[1] The names of 100 local men who lost their lives in the First World War are inscribed on the memorial. It was unveiled on the 31st of May 1924, by Captain Appleby of the British Legion Executive. It was dedicated by Rev. John Clucas, Vicar of Percy Main.[2] Later the names of 3 people lost in the Second World War, and one in Aden were inscribe. The memorial is Grade II listed. 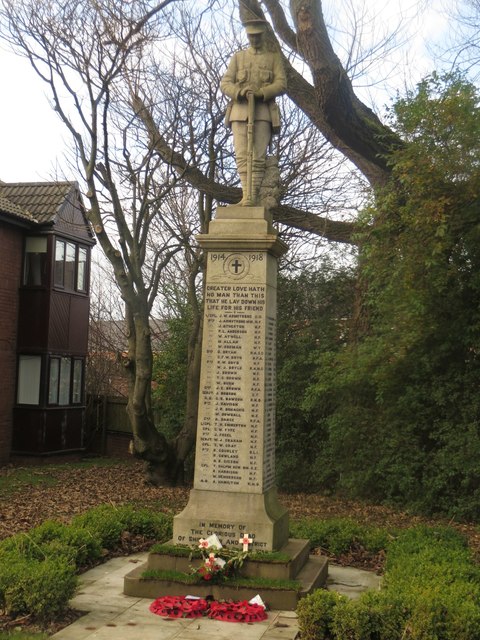 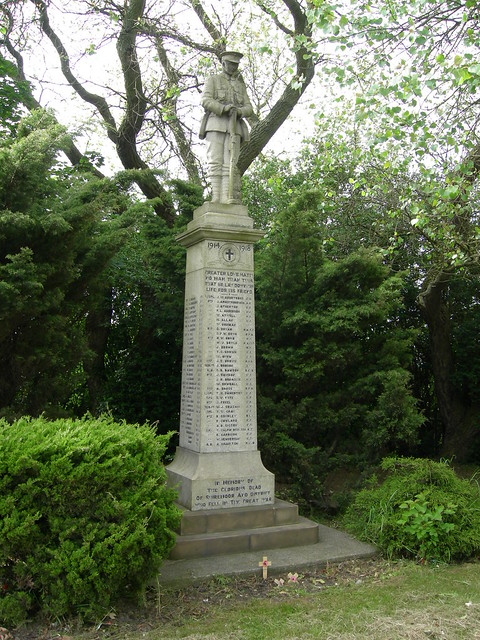