The war memorial in Kirkbampton is located in the churchyard of St Peter's Church. The memorial was unveiled on the 12th of September 1920 and dedicated by Canon Gardner, vicar at St Peter's, to commemorate 5 local men who lost their lives in the First World War.[1] Later the memorial was further dedicated to 4 local men who died during the Second World War. The monument is inscribed with a quotation from a Rudyard Kipling poem : 'Who stands if freedom fall, who dies if England live"[2] The memorial is Grade II listed on the National Heritage List for England. 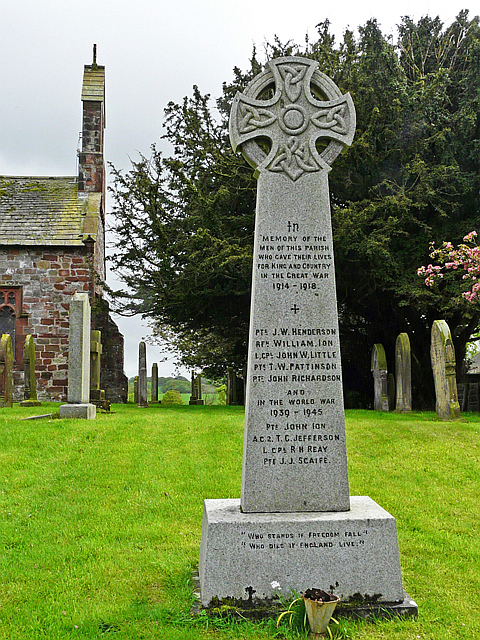 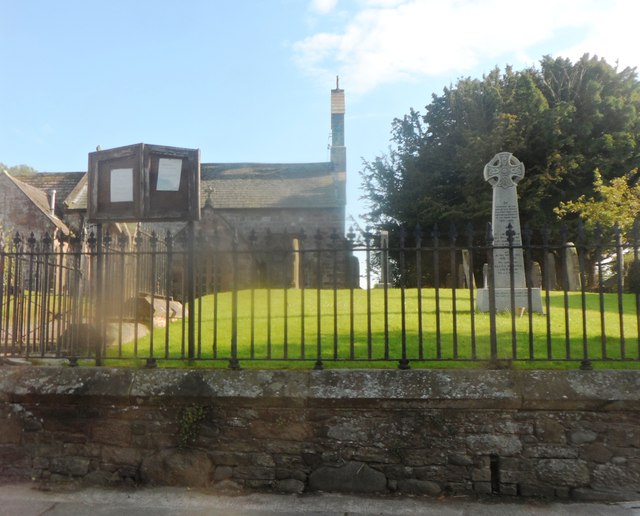