Wallsend Metro station is located towards the centre of Wallsend, a town on the north bank of the River Tyne, in Tyne and Wear, England. The station was originally opened on 19 June 1839 by the Newcastle & North Shields Railway, and was reopened as a Tyne and Wear Metro station on 14 November 1982. When converted for Metro use, the unattractive station buildings were demolished, and the station was rebuilt in the standard Metro style.

Wallsend Metro station is the only public facility in Britain which has signage in Latin. This is a nod to its location near the Segedunum Roman fort at the end of Hadrian's Wall. The station also includes a number of photographs of local shops and facilities which have been digitally altered so that their names appear in Latin. This is a public art project entitled "Pontis" (2003) by Michael Pinsky. It is one of the relatively few stations in England to have bilingual signage, others being Southall (which has signs in Punjabi), Hereford (Welsh), and St Pancras International, Ebbsfleet International and Ashford International (all French).

Upon its opening it served as a major interchange, as it was located adjacent to the Wallsend bus station, which had facilities for the staff and drivers of the PTE's services. Wallsend bus station is a terminus for many local services and provides bus links to many points within North Tyneside and Newcastle, offering much more convenient stops for passengers than the Metro line itself, which by the nature of light rail cannot stop as often. In the late 1990s, Wallsend bus station lost its facilities for the staff, but retained its standing as a major terminus. In 2008-9 the metro station was used by 718,890 passengers.

As part of the 2013 station refurbishment new public art was installed consisting of images of Hadrian's Wall by photographer Graeme Peacock. 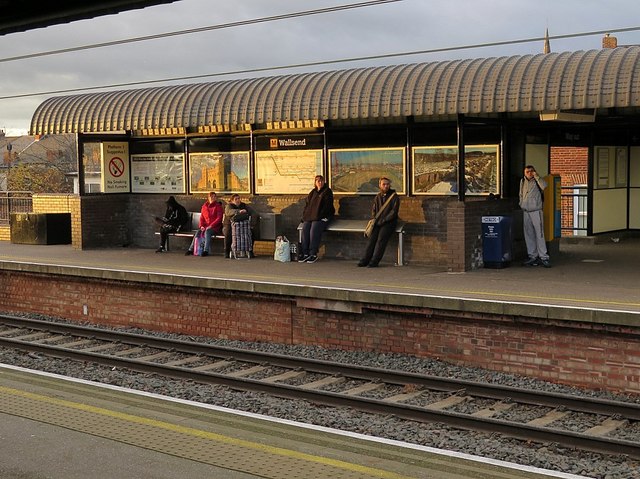 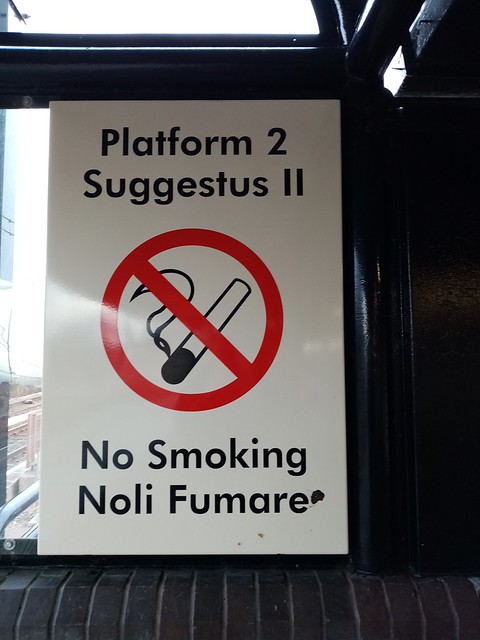 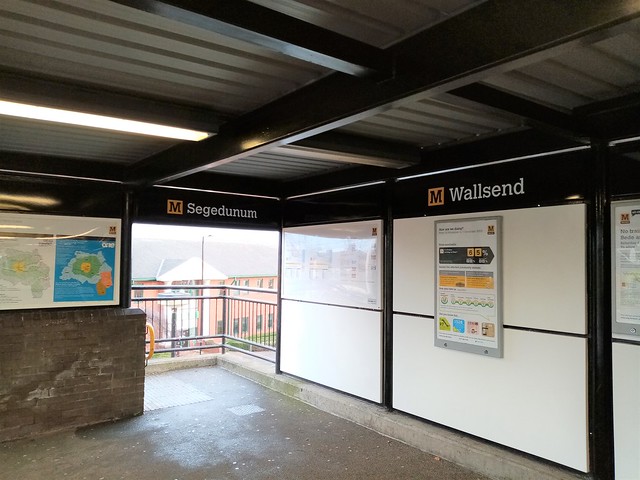 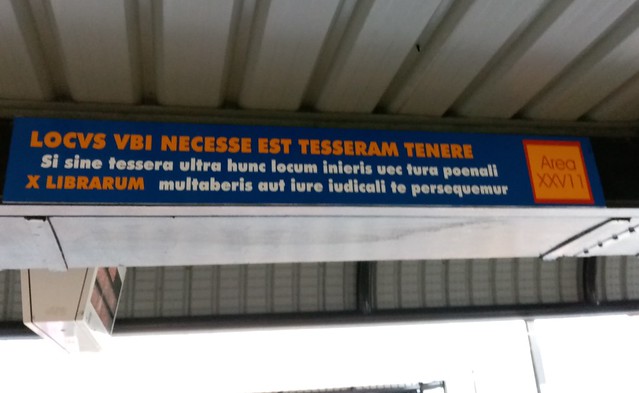 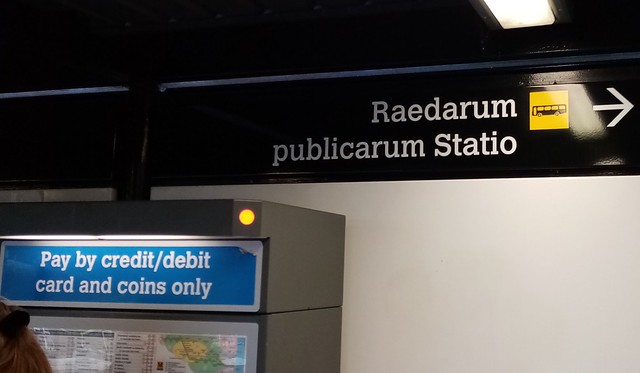 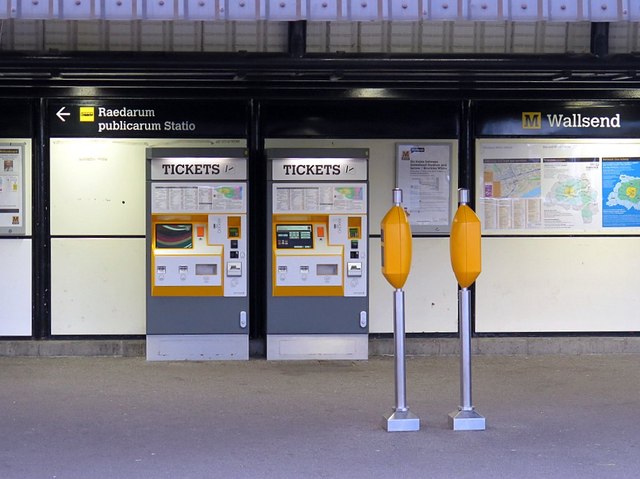 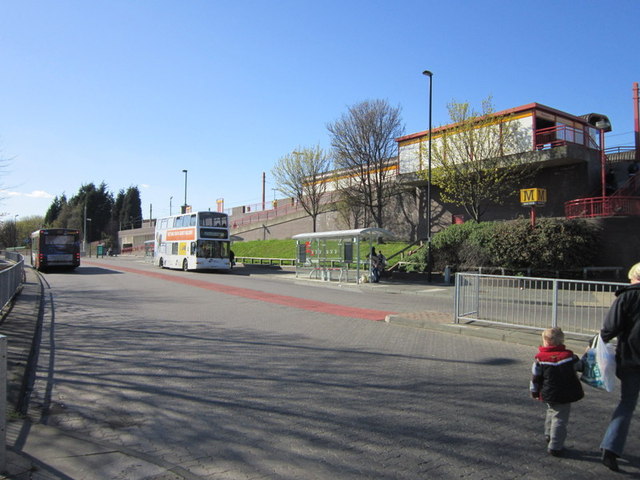 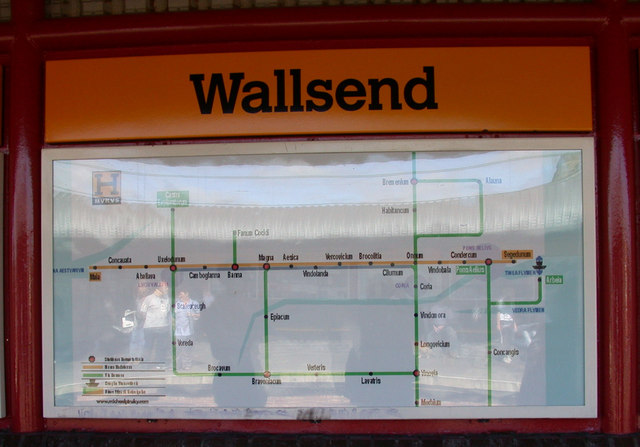