THIRLWALL, a township, in the parish and union of Haltwhistle, W. division of Tindale ward, S. division of Northumberland, 4 miles (W.N.W.) from Haltwhistle; containing 394 inhabitants. It has its name from the Roman thralling or barrier wall running through it, to thirl, in the old Northumberland dialect, signifying to bind or enthral. Its proprietors in remote times were called barons, and held under the kings of Scotland as lords of Tindale. The church of Hexham acquired lands here at an early period; the Swinburnes had possessions within the manor in the time of Edward I., and, by marriage with the Thirlwalls, became possessed of the whole estate, which they afterwards sold to Henry, Earl of Carlisle. Mention of a castle first occurs in 1369. The township comprises 7,765 acres of land, on the eastern side of the river Irthing, which separates this county from Cumberland. Wardrew, an ancient mansion here, has been handsomely fitted up, to accommodate visiters who resort to the adjacent spas of Gilsland. On the western bank of the Tippal burn, which is here crossed by the great wall, are the ruins of the once strong castle, occupying the summit of a rocky knoll; the walls were nine feet thick, vaulted within, and defended by an outer wall of great strength. At the Gap, in the township, is a place of worship for Methodists. 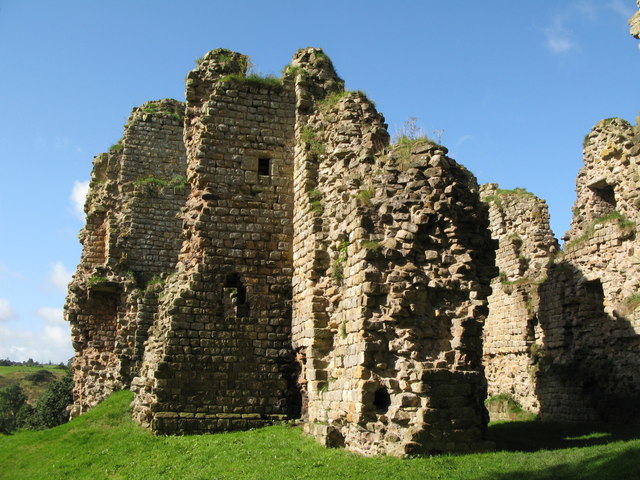