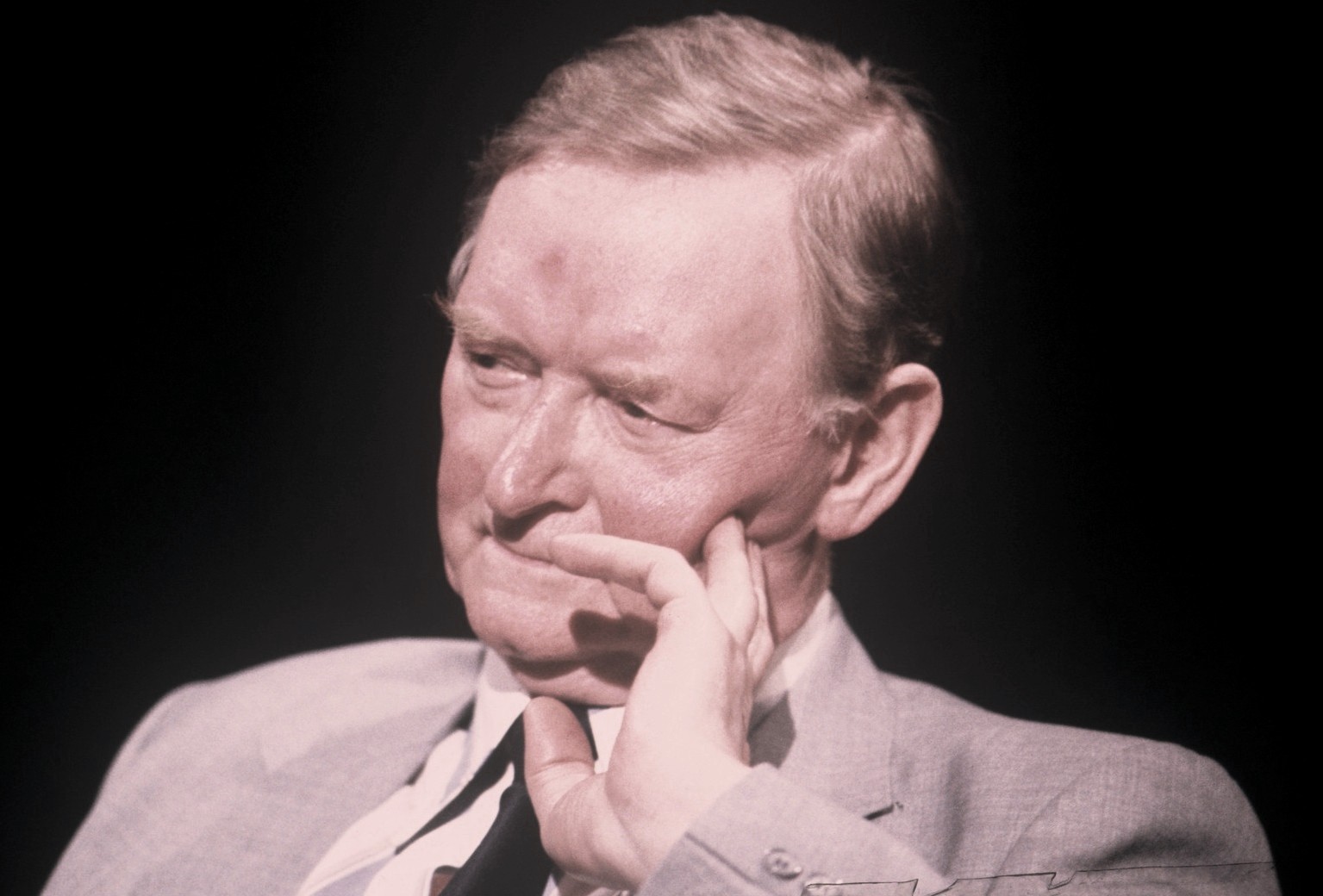 T. Dan Smith was a prominent figure in the Labour Party in the North East and leader of Newcastle City Council from 1960 to 1965. Smith was born in Wallsend on the 11th May 1915 and was politically active from an early age. In 1950 he was elected to Newcastle City Council, and became chairman of the council's Labour Group in 1953. In 1958, when the Labour Party won the local elections, Smith was appointed Chairman of the Housing Committee. The following year he was elected as Leader of the City Council, and created one of the country's first free-standing Planning Departments. He saw town planning and the arts as a means of improving people's lives. The 'city in the sky' vision sought to separate people from traffic by creating an 'upper deck' for pedestrians. Smith's council authorised the clearance of slum housing and the demolition of a large section of Newcastle city centre for redevelopment. Many now look back on many of the developments negatively because of the destruction of historic buildings to be replaced with a 'concrete jungle', in common with much of the architectural developments around the country in the 1960s. Smith was convicted for accepting bribes. His painting and decorating firm received contracts for council housing, and he formed business links with architect John Poulson, which led to his trial. Smith died on the 27th of July 1993.

Thomas Daniel Smith (11 May 1915 – 27 July 1993) was a British politician who was Leader of Newcastle City Council from 1960 to 1965. He was a prominent figure in the Labour Party in North East England, such that he was nicknamed Mr Newcastle (although his opponents called him the Mouth of the Tyne).

Smith sought to clear Newcastle of slum housing and put a great deal of effort into regeneration plans, such that the city was nicknamed The Brasilia of the North, at his suggestion. He also pumped money into local arts institutions. However, many residents of Newcastle felt that his regeneration plans created a West End now dismissed as being an impoverished area. Smith's name is usually spoken in negative terms regarding the destruction of historic and aesthetically pleasing buildings which were replaced with concrete structures, although many of these developments – such as Eldon Square Shopping Centre and John Dobson's Royal Arcade – actually took place after he left office.

While leading the redevelopment of his city, Smith formed business links with architect John Poulson which led to his trial for accepting bribes in April 1974, at which he pleaded guilty and was sentenced to six years' imprisonment. He starred in a film of his life released in 1987.

Smith was born in Wallsend, the son of a Durham miner. His father drank heavily and was a gambler. His mother worked long hours cleaning the Wallsend telephone exchange and washing floors at the Shell-Mex office.

He attended Weston Boys School in Wallsend and became a printer's apprentice at the age of 13. After a period of unemployment he founded his own painting and decorating business in 1937 which was known for being somewhat economical (its local nickname was 'One-Coat Smith'). During the economically difficult years of the 1930s, he grew his business painting cinema exteriors across Tyneside.

Both his parents were communists and Smith adopted left-wing opinions himself. During World War II, Smith registered as a conscientious objector and was initially active in opposing the war and organising strikes against it; he supported the war after the German invasion of the Soviet Union on 22 June 1941. During the war, Smith joined several left-wing organisations. He was a regional representative for the Independent Labour Party in 1943, and later joined the Revolutionary Communist Party where he led a shipyard strike.

By 1945, he was a member of the Labour Party and in 1950 he was elected to Newcastle City Council as a Labour member representing the Walker ward. He became chairman of the Labour Group in 1953.

It was around this time that he began using his first initial in his name, after an incident at Newcastle Airport when he was confused with another Dan Smith.

When the Labour Party won the 1958 local elections and took control of Newcastle, Smith was appointed Chairman of the Housing Committee. He was elected as Leader of the City Council in 1959, and created one of the country's first free-standing Planning Departments and made it the most powerful department in the council. As Leader he instituted a personality-based leadership, creating an 'inner Cabinet' of his own supporters.

Smith was enthusiastic about town planning and the arts as means of improving the quality of life. He believed strongly in the need to clear Newcastle of slum housing and put a great deal of effort into regeneration plans developed by his chief planning officer Wilfred Burns, suggesting that the city be nicknamed "The Brasilia of the North". Smith's council authorised the demolition of a large section of Newcastle city centre for a shopping centre. So influential did Smith become that Lord Hailsham was sent up to Newcastle by the Conservative cabinet to try to counter him.

However, Smith's personal desire to make money began to get linked with his political desires. Already it had been spotted that Smith's painting and decorating firm received more than half of the contracts for council housing. In 1962 he established a public relations firm to support redevelopment of other urban centres in the north-east, and later nationwide. This company formed links with John Poulson, an architect keen for the business and known for paying those who could supply it. Smith eventually received £156,000 from Poulson for his work, which typically involved signing up local councillors on to the payroll of his companies and getting them to push their councils to accept Poulson's prepackaged redevelopment schemes. Poulson earned more than £1,000,000 through Smith, who regarded him as the "best architect Britain ever produced."

He attracted criticism from fellow Labour Party members for his extravagant spending, driving a Jaguar with the private plate "DAN 68", educating his children privately and purchasing a pied-à-terre in St James's, London. By 1965, his painting business employed 250.

Smith was a political contemporary and ally of North East Labour stalwart Andy Cunningham, who was also brought down by the Poulson scandal and served a jail sentence.

On the day after the 1964 general election, Smith waited for what he thought a certain phone call to invite him to become a cabinet minister in Harold Wilson's government. However, Wilson had a vague suspicion of Smith, and Smith's alliance with the more moderate side of the Labour Party meant that no such invitation was made. In early 1965, George Brown appointed Smith as chairman of the Northern Economic Planning Council, on which he served until 1970.

Smith was also to serve on the Buchanan Committee on traffic management and the Redcliffe-Maud Commission on local government. On the latter he promoted a scheme whereby England would be divided into five provinces with wide devolution, making Manchester the capital of the North province with 17,000,000 people.

He was a member of the Royal Commission on Local Government in England from 1966 to 1969 and was chairman of the Peterlee and Aycliffe Development Corporation from 1968 to 1970.

Smith's PR firm was involved with Wandsworth Borough Council in pushing a redevelopment scheme, where its contact was Alderman Sidney Sporle. Sporle fell under police suspicion of corruption in the late 1960s and an inquiry led to Smith being charged with bribery in January 1970. Although acquitted at trial in July 1971, Smith was forced to resign all his political offices.

Poulson's company was declared bankrupt in 1972. The subsequent hearings disclosed extensive bribery and in October 1973 Smith was again arrested on corruption charges. At his trial, it was claimed that he had received £156,000 over seven years, usually in the form of payment to his public relations company. He pleaded guilty in 1974 and was sentenced to six years' imprisonment; despite his plea he continued to assert his innocence.

While in prison, Smith became involved in amateur dramatics where he met and encouraged Leslie Grantham to pursue this career as a professional. After his release, Grantham was to later star in the BBC soap opera EastEnders. On release from Leyhill Open Prison in 1977 Smith attempted to rebuild a political career, but was initially refused re-admission to the Labour Party. He worked for the Howard League for Penal Reform and campaigned for the rights of released prisoners, and occasionally commented on municipal housing issues. In 1985 he wrote that "Thatcherism, in an odd sort of way, could reasonably be described as legalised Poulsonism. Contributions to Tory Party funds will be repaid by the handing over of public assets for private gain."

In 1987, he was eventually readmitted to the local Labour Party.

By 1990 he was a member of the executive committee of the Newcastle Tenants Association, and living on the 14th floor of Mill House, a tower block in the Spital Tongues area of the City.

Smith was married to Ada (born 1919) from 1939 until his death. He was the father of three children, a son and two daughters.

Smith died of a suspected heart attack on 27 July 1993, in the Freeman Hospital, Newcastle upon Tyne. He had undergone surgery after collapsing at home.

Smith starred in a drama-documentary film, T. Dan Smith: A Funny Thing Happened on the Way to Utopia about his life story and the regeneration of Newcastle. Produced by Amber Films, the production was based on Smith's autobiography. It had a cinema release in 1987, and was broadcast on Channel 4 the following year. In that year Smith appeared on an episode of After Dark, a live British discussion television programme entitled Freemasonry: Beyond the Law?, along with David Napley and others.

Smith's career was the inspiration for Austin Donohue, a character in Peter Flannery's play, Our Friends in the North. The part was first played by Jim Broadbent in the Royal Shakespeare Company production in 1982, and then by Alun Armstrong in the 1996 BBC television drama version.

In his final years, Smith was a pundit on North East matters. He took part in a Radio Newcastle phone-in just a few before his death.

T. Dan Smith appearing on television programme After Dark on 19 February 1988, (c) Open Media Ltd 1988
- "Open Media Ltds.'s permission for use of this work under Creative Commons Attribution-ShareAlike 3.0 (unported) has been archived in the Wikimedia OTRS system". 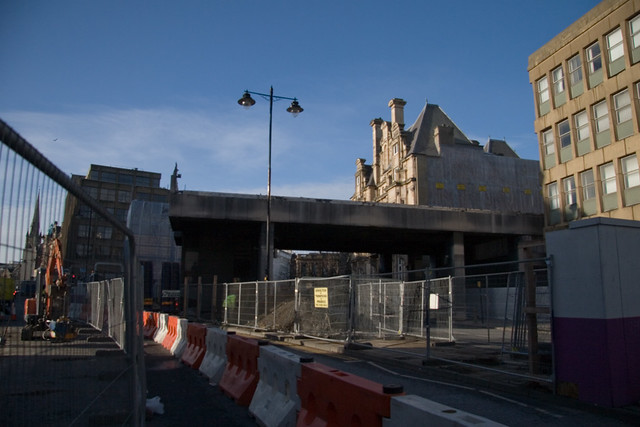 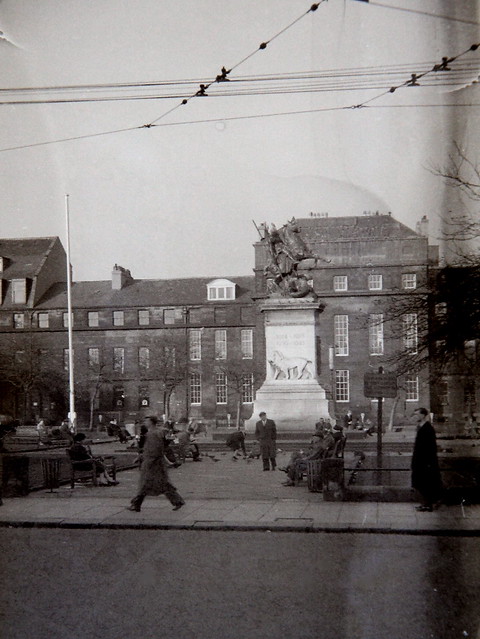 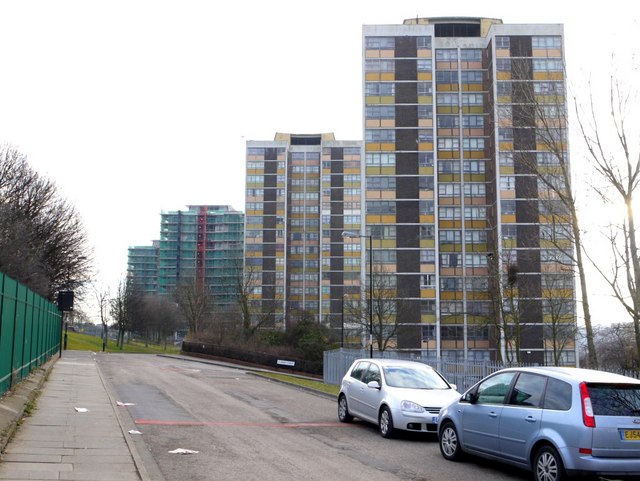 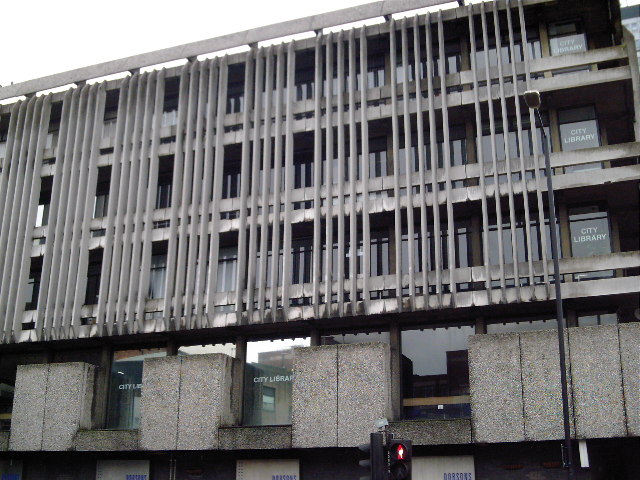 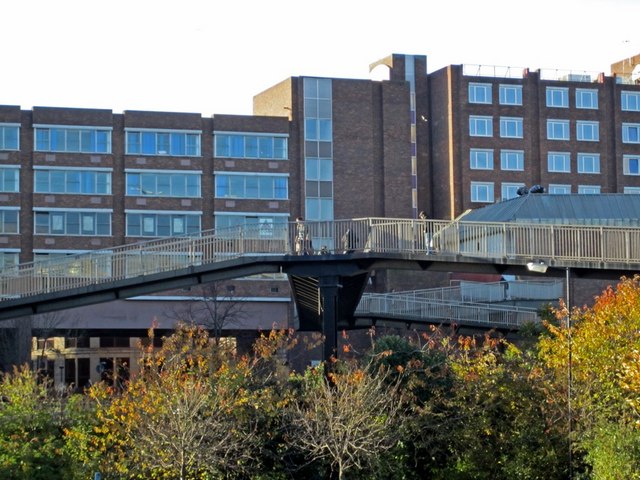 Newcastle City Centre
- These pages relate to the city centre of Newcastle upon Tyne - it's streets, buildings, history etc. Much of the information is organised by Streets (and the historic buildings on ... 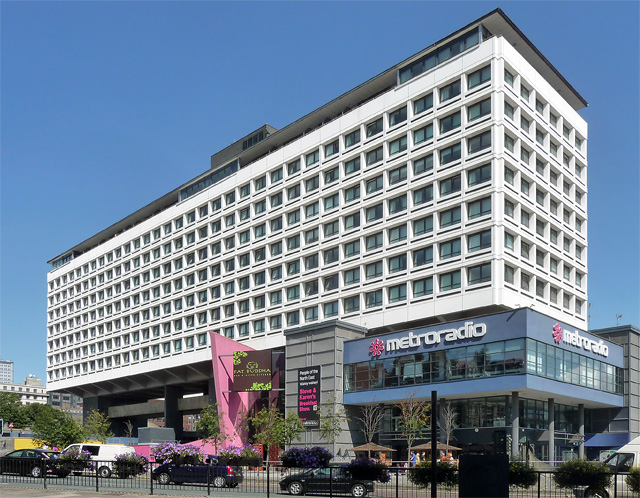 The Socialism of T. Dan Smith
- Article by Alex Niven, Tribune, 18/05/2019. "Often derided as a symbol of corruption, T. Dan Smith's vision of a modern, socialist 'Brasilia of the North' transformed Newcastle ...

T. Dan Smith appearing on television programme After Dark on 19 February 1988, (c) Open Media Ltd 1988
- "Open Media Ltds.'s permission for use of this work under Creative Commons Attribution-ShareAlike 3.0 (unported) has been archived in the Wikimedia OTRS system".

Newcastle City Centre
- These pages relate to the city centre of Newcastle upon Tyne - it's streets, buildings, history etc. Much of the information is organised by Streets (and the historic buildings on ...

The Socialism of T. Dan Smith
- Article by Alex Niven, Tribune, 18/05/2019. "Often derided as a symbol of corruption, T. Dan Smith's vision of a modern, socialist 'Brasilia of the North' transformed Newcastle ...