South Hylton Metro station serves the suburb of South Hylton on the banks of the River Wear. The station opened as part of the Sunderland extension in 2002, and is the final station for Green line trains which have travelled from Newcastle Airport via South Gosforth, Newcastle Central and Gateshead. The announcement of the Metro extension to South Hylton contributed to the closure of the Jolly Bus service, based in South Hylton.

South Hylton Metro station is situated on the east side of Hylton Bank, before the line reaches for site of a level crossing; the previous station, known just as Hylton, was on the west side of the road. South Hylton boasts the longest platform on the Tyne and Wear Metro network (122m). Because of this, the one platform is officially recognised as 2 platforms (Platform 1 and Platform 2) and therefore can accommodate two Metro trains, but if expansion does go ahead beyond the station, then the platforms will be cut back 22 metres, to 100 metres, and a new platform on the opposite side will be constructed.

Car parking facilities are available at the station. 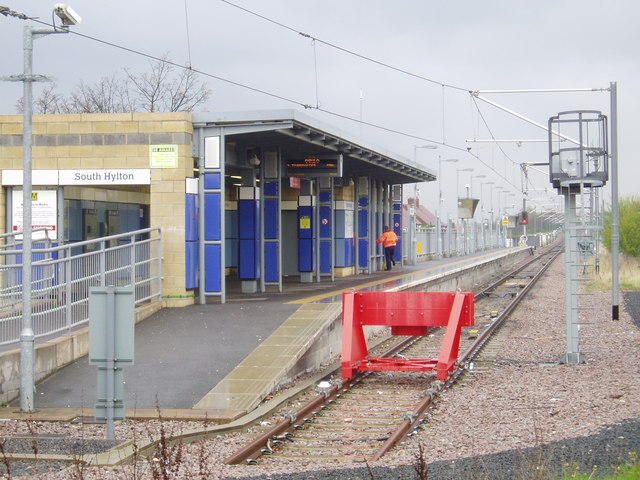