Sir Charles Mark Palmer, was a  shipbuilding  entrepreneur born in South Shields, who later became a Liberal Party politician and Member of Parliament. In 1852 Palmer established a shipyard at Jarrow and built steam-colliers to transport coal from the North East to London. This included the John Bowes, the first 'iron-screw' collier, which was much faster than the sailing ships of that time. Palmer purchased iron mines in Yorkshire and extended shipbuilding yards at Jarrow, with blast-furnaces, steel-works, rolling-mills and engine works. In 1856 the shipyard became Palmer's Shipbuilding and Iron Company Limited, and developed a system of rolling armour plates, which was widely adopted by other ship builders.

Sir Charles Mark Palmer, 1st Baronet (3 November 1822 – 4 June 1907) was an English shipbuilder born in South Shields, County Durham, England. He was also a Liberal Party politician and Member of Parliament. His father, originally the captain of a whaler, moved in 1828 to Newcastle upon Tyne, where he owned a ship owning and ship-broking business.

At the age of 15 Charles Palmer entered a shipping business in the city. After six months, he travelled to Marseilles, France, where his father had procured him a post in a large commercial house, at the same time entrusting him with the local agency of his own business. After two years experience in Marseilles he entered his father's business in Newcastle, and in 1842 he became a partner.

His business capacity attracted the attention of a leading local colliery owner, and he was appointed manager of the Marley Hill colliery in which he became a partner in 1846. Subsequently he was made one of the managers of the associated collieries north and south of the Tyne owned by Lord Ravensworth, Lord Wharncliffe, the marquess of Bute and Lord Strathmore.

Emergence as an entrepreneur

Using the profits of the Marley Hill colliery, he gradually purchased the properties of his erstwhile employer, while simultaneously he greatly developed the recently established coke trade, obtaining the coke contracts for several of the large English and continental railways.

About 1850 the question of coal-transport to the London market became a serious question for north country colliery proprietors. Palmer therefore built, largely according to his own plans, the John Bowes, the first iron screw collier, and several other steam-colliers, in a yard established by him at Jarrow, then a small Tyneside village.

He then purchased iron mines in Yorkshire and erected large shipbuilding yards along the Tyne at Jarrow, including blast-furnaces, steel-works, rolling-mills and engine works, all on a massive scale. The firm produced warships as well as merchant vessels, and its system of rolling armour plates, introduced in 1856, was generally adopted by other builders.

In 1865 he turned the business into Palmer's Shipbuilding and Iron Company Limited.

Palmer retired from the Volunteers in 1888 with the rank of Colonel. The same year, the 1st Newcastle & Durham was split into three separate units: the 1st Durham Royal Engineers (Volunteers), at Jarrow, and the Tyne Division RE (V), Submarine Miners at North Shields, with Palmer as Honorary Commandant of both units, together with a new 1st Newcastle upon Tyne RE (V). Palmer's younger brother, Alfred Septimus Palmer (1834–1910), a Newcastle mining engineer who had been a major in the 1st Newcastle and Durham, became commanding officer of the third unit.

At the 1874 general election, Palmer was elected as Liberal Party Member of Parliament (MP) for North Durham, and held the seat until its abolition for the 1885 general election. He was then elected for the new Jarrow constituency, and sat for the constituency until his death in London in 1907.

In 1886, Palmer's services in connection with the settlement of the costly dispute between British ship-owners and the Suez Canal Company (of which he was then a director) were rewarded with a baronetcy, as Sir Charles Palmer, 1st Baronet of Grinkle Park, County York.

Palmer married, firstly, on 29 July 1846, Jane, daughter of Ebenezer Robson of Newcastle. They had two sons:

Sir Charles Palmer died on 4 June 1907, when he was succeeded in the baronetcy by his eldest son. Gertrude, Lady Palmer, died on 21 January 1918. 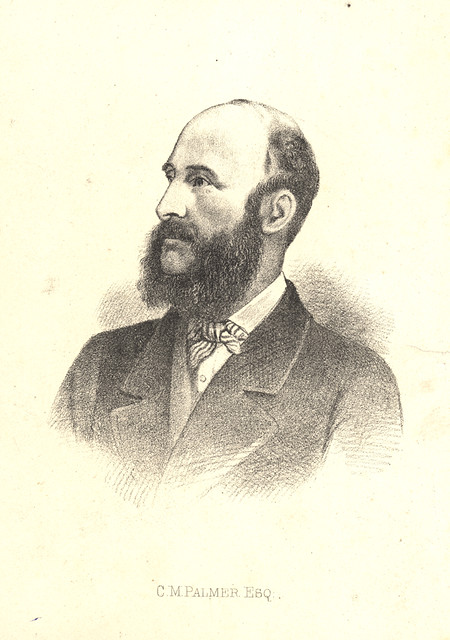 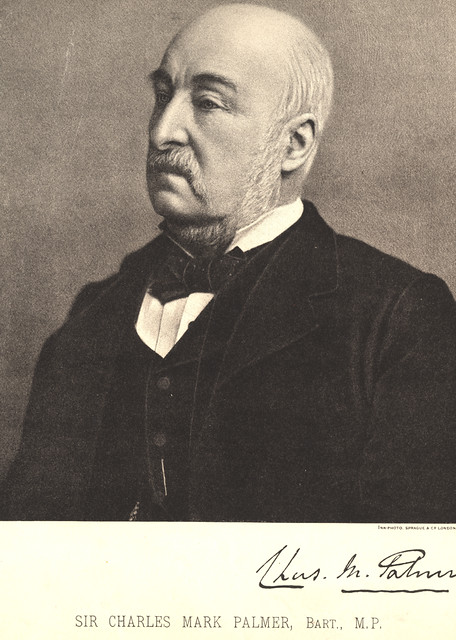 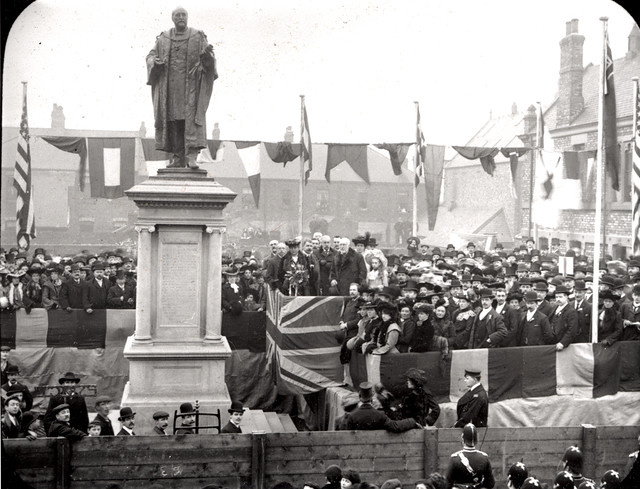 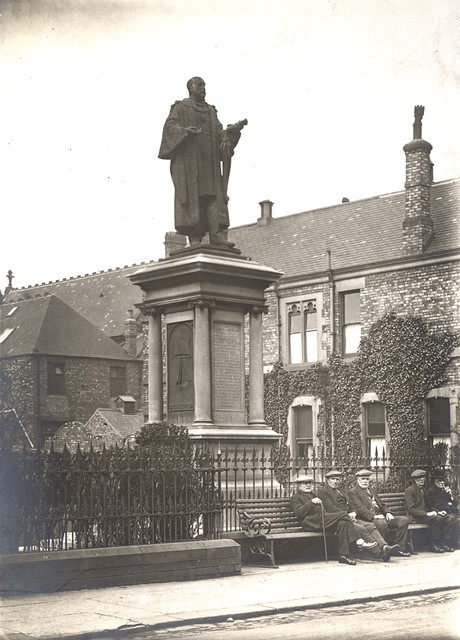 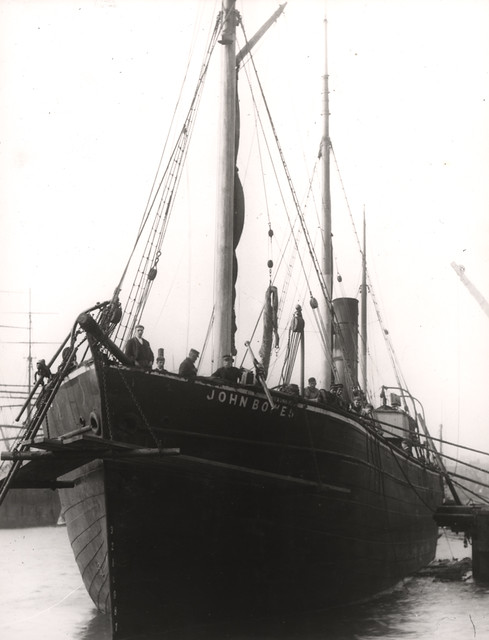 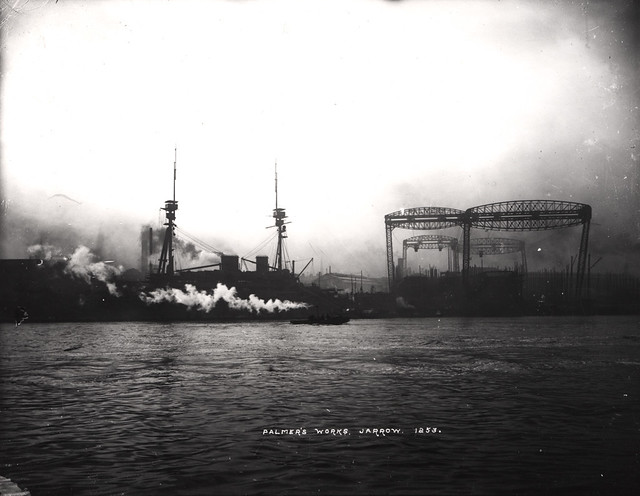 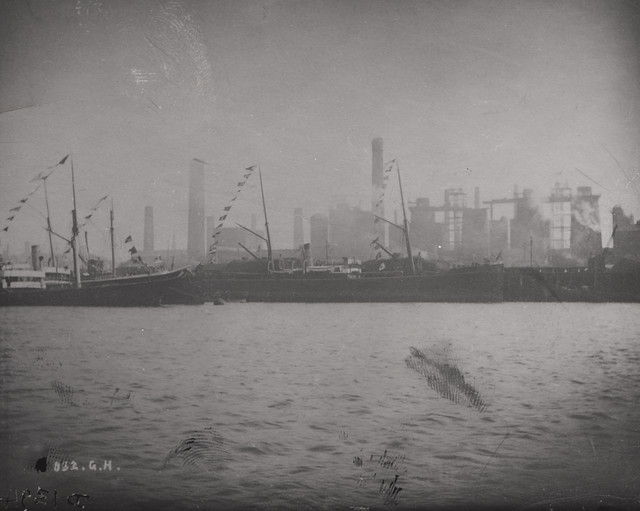 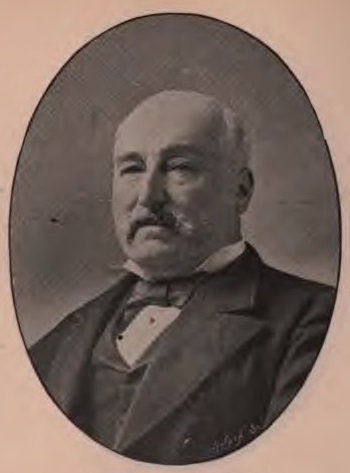