Silloth (sometimes known as Silloth-on-Solway) is a port town and civil parish in Cumbria, England. It sits on the shoreline of the Solway Firth, 18.8 miles (30.3 km) north of Workington and  22 miles (35 km) west of Carlisle. The town of Maryport lies 12 miles (19 km) to the south, down the B5300 coast road which also passes through the villages of Blitterlees, Beckfoot, Mawbray, and Allonby. Wigton is 12 miles (19 km) to the east, along the B5302 road, which also passes through the village of Abbeytown, to the south-east. Silloth had a population of 2,932 at the 2001 Census, reducing slightly to 2,906 at the 2011 Census.

Historically a part of Cumberland, the town is an example of a Victorian seaside resort in the North of England. Silloth developed in the 1860s onwards around the terminus of the railway from Carlisle and associated docks which had begun construction in 1855 to replace Port Carlisle as the deep-water port for Carlisle.

For the first time workers from the factories of Carlisle were presented with affordable access to the seaside, and the town flourished as a destination for day trippers. The town reached the peak of its popularity in the late 19th and early 20th centuries. Recent years have seen a great deal of development: many of the sea-facing properties have had facelifts. The main central attraction is a large expansive green that is used throughout the year for various events and activities.

An electoral ward in the same name exists. This ward stretches north and inland with a total population at the 2011 Census of 3,268. There is an active parish council, known as the town council.

Silloth's largest church is Christ Church, situated in a complete rectangular plot which was planned into the original town design. It is on a commanding site at Criffel Street and the body of the church was completed in 1870. The porch tower and large broach spire were completed later in 1878, and house a ring of 8 bells which are chimed. It was designed by Carlisle architect Charles John Ferguson in the Gothic style, and is built with an interesting mix of local sandstone, and granite which was brought by the North British Railway from Newry in Northern Ireland. Much of the interior is faced with yellow brick trimmed with red.

Several other churches and chapels of various denominations are also located within the town.

One of the busiest ports in Cumbria, Silloth is owned and operated by Associated British Ports. The main cargoes are wheat, fertiliser, molasses, forest products and general cargo.

An example of a Victorian flour mill, the building was constructed adjacent to the New Dock in 1887. Carr's flour mill is an operating mill which supplies flour to a number of food manufacturers such as United Biscuits, Warburtons and several other leading bakeries and confectioners. Carrs Flour Mill is now owned by Whitworths.

Farming of livestock, mainly sheep, beef and dairy cattle, takes up most of the surrounding landscape.

There are a number of static and touring caravan and camping parks in the town and surrounding area.

Many small businesses can also be found located on the former Second World War airfield and associated buildings.

Born in Silloth in 1903, Jim Brough played rugby union for Silloth and England. He played in the Cumberland side that won the county championship in 1924 and made his international debut against New Zealand in January 1925. He switched codes and played rugby league for Leeds and Great Britain, captaining the national side in 1936. As a coach, he took Workington Town to two finals in 1955 and 1958 before coaching the Great Britain touring team, which became the most successful touring side and the only touring team to score over 1,000 points. In 2005, Silloth RUFC renamed their ground in his honour.

Cecil Leitch was born in Silloth in 1891. Self-taught golfer, she won four British Ladies amateurs between 1914 and 1926. In total she won 12 national titles, 5 French Amateur Ladies and one Canadian Women's Amateur before retiring in 1927. During her playing career, she was one of the leading ladies in the sport and transformed the way that the game was played by women.

Kathleen Ferrier, a contralto singer, shot to fame while living in Silloth and performing in Cumberland. She died in 1953 at the age of 41 and Granta magazine wrote at the time that she “may well have been the most celebrated woman in Britain after the Queen”. There is now a café known as 'Mrs Willson's' named in honour of this talented woman. This café is located on Criffel Street, overlooking the green.

Tourism is a major contributor to the economy in Silloth, with dozens of large and small static and touring caravan parks located within a ten-mile (16 km) radius of the town centre, resulting in a large increase in the population during the summer months.

Amenities include a championship golf course, several hotels and bed and breakfasts, public houses, tea rooms and eateries. There is a local 'free' newspaper published monthly entitled 'The Solway Buzz' - distributed to households in the area by a team of volunteers - which covers news and events in Silloth and the surrounding area.

The airfield opened in June 1939, just before the start of the Second World War, and closed on 31 December 1960. Originally designed to be used by RAF Maintenance Command, 22MU, the airfield was handed over to Coastal Command during November 1939. No 1 Operational Training Unit (OTU) was then responsible for training pilots and crews from the UK and Allied Countries. Therefore, the aerodrome had twin responsibilities, the maintenance and repair of planes for use in the war effort and the training of crews from allied countries to fly planes.

The railway came to Silloth in 1856, passing through the villages of Kirkbride and Abbeytown to Carlisle. The railway provided quick access to the town for tourists, but was closed as part of the Beeching cuts in 1964.

Silloth is on the B5302 road, which leads to the A596 and the town of Wigton, and the B5300 which connects the town to Maryport.

Text from Wikipedia, available under the Creative Commons Attribution-ShareAlike License (accessed: 28/02/2019).
Visit the page: Silloth for references and further details. You can contribute to this article on Wikipedia.
Cumbria Christ Church, Silloth War Memorial, Silloth 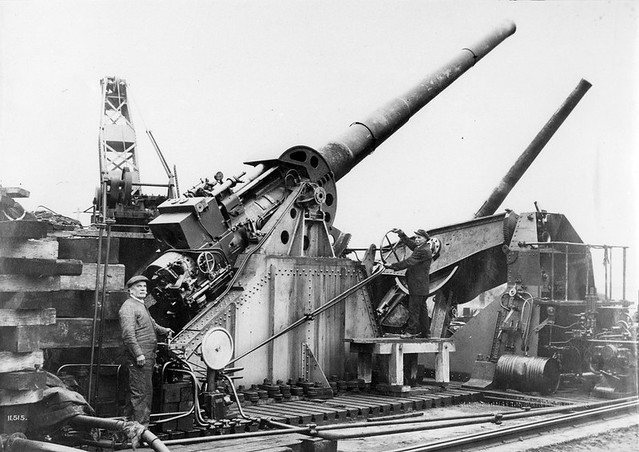 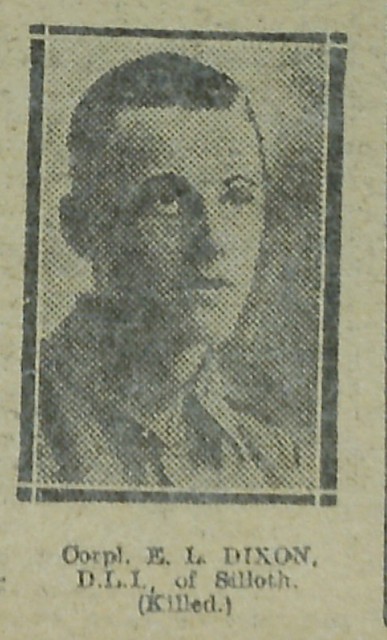 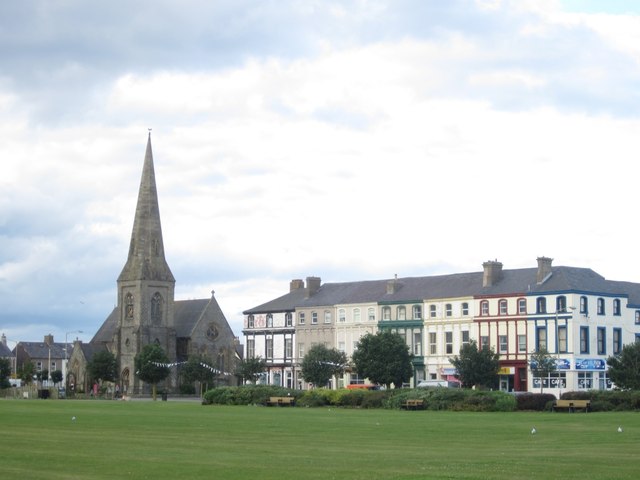 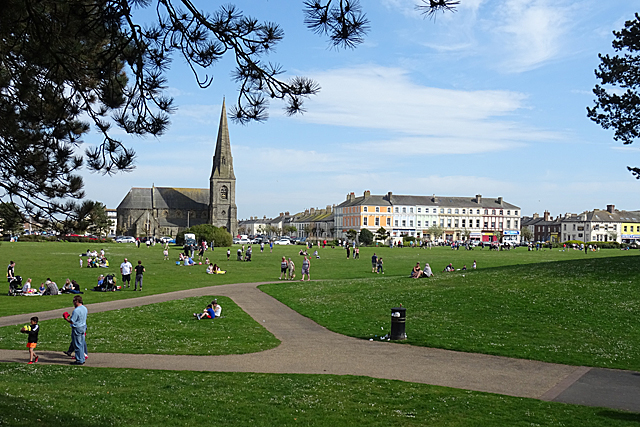 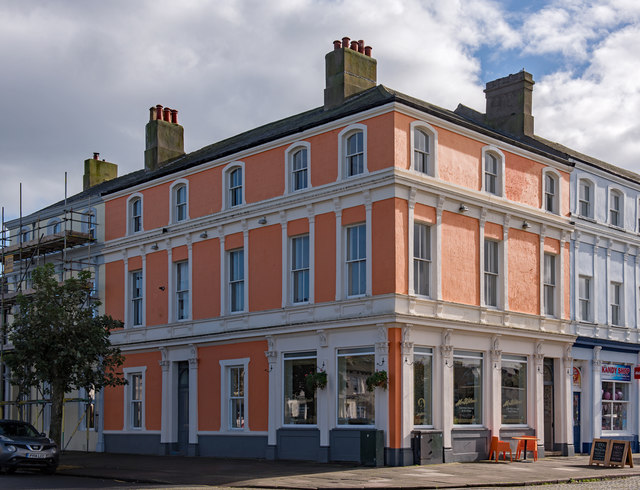