Milepost on Alnwick to Eglingham Road 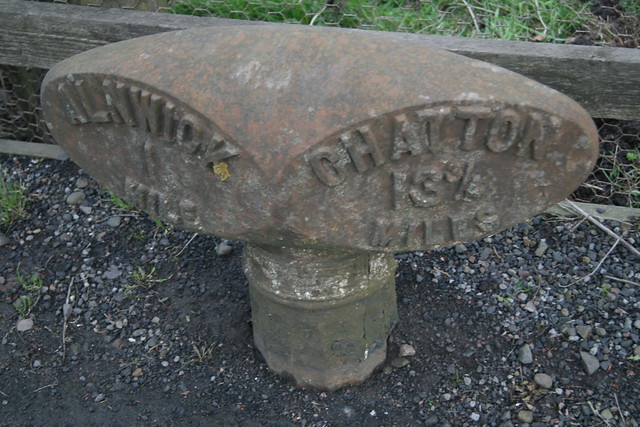