Deep cleugh on south side of Humbleton Hill 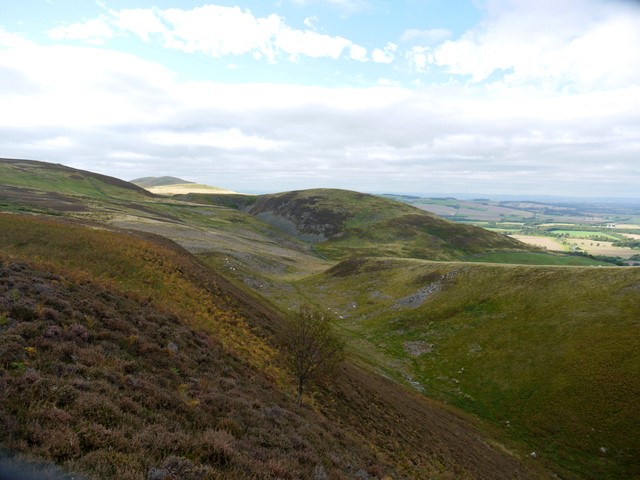