Benwell Towers, a glimpse over the wall from Benwell Lane 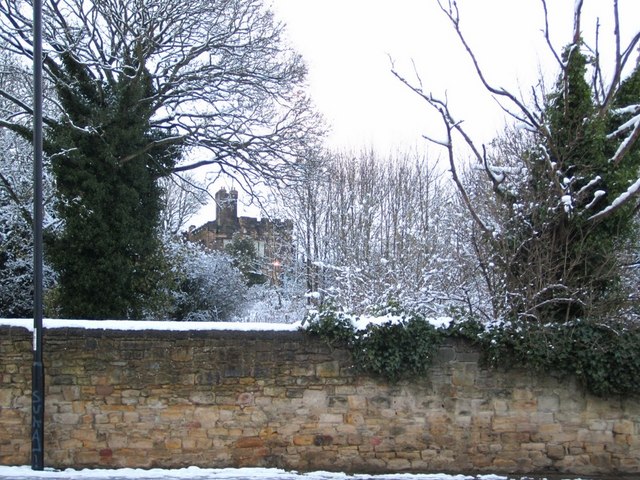