The panorama at the east end of Newcastle Central Station from the Castle, with the 'North Briton' express leaving for Edinburgh 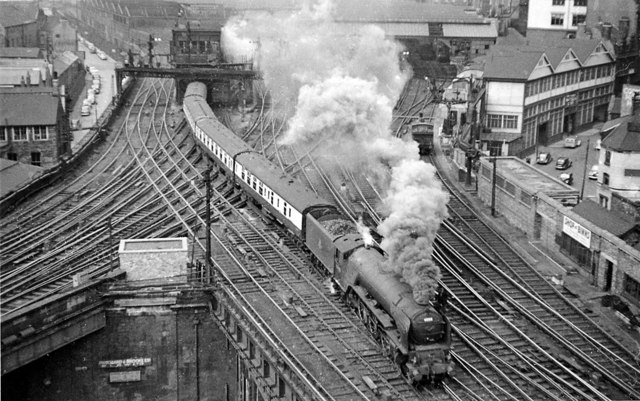