The former public baths in Wallsend are located on Lawson Street, behind the Town Hall. The 'Restrained Baroque' style building was built by E.F.W Liddle and P.L. Brown for the Borough of Wallsend.[1] The swimming pool was officially opened on the 12th of June 1912.[2] For the opening, Jack Hatfield swam 300 yards in three minutes and 40 seconds (he won 3 medals swimming in the Olymics that same year). The baths were partly rebuilt in 1979 due to chlorine attack on the fabric of the building. The baths closed in 1990. This is a Grade II Listed building. Interstingly, Chris Cook recreated Jack Hatfield's historic swim to celebrate the official opening of Hadrian Leisure Centre on the 5th of July 2010.[3] 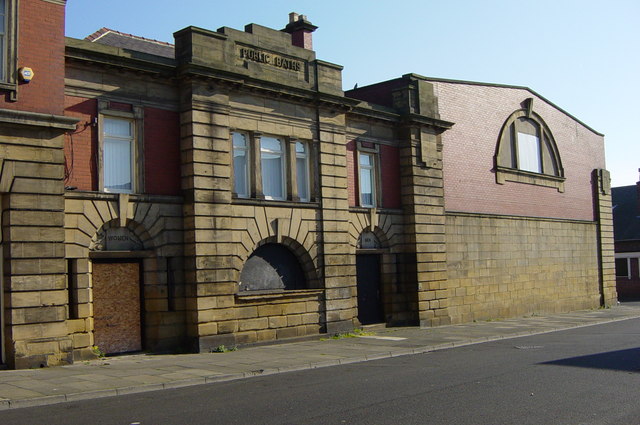