The former school is based on Main Road in Dinnington. It was built in 1871 as a boy’s school (replacing an earlier boys school of 1825, which was located on the triangular piece of land opposite the Mason's Arms). In 1874 a classroom for girls was built at the back of the building (replacing an earlier girls school of 1842, which was located near what is now the entrance Dinnington Green Estate).[1] The school was known as Dinnington Village Council School until 1945 when it became a County Primary School.  It was replaced by a new school building, Dinnington First School, which opened in 1964. The old school building was used for a club for a while but was in disuse by 2017. The old school is Grade II listed on the National Heritage List for England.[2]
Dinnington Dinnington First School 1871 Historic Buildings and Monuments in Dinnington Civil Parish 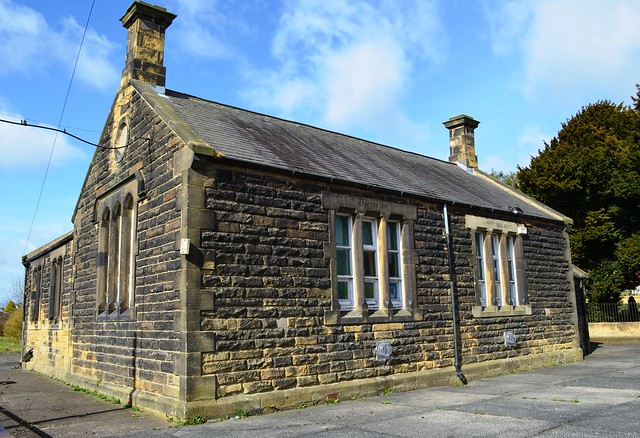 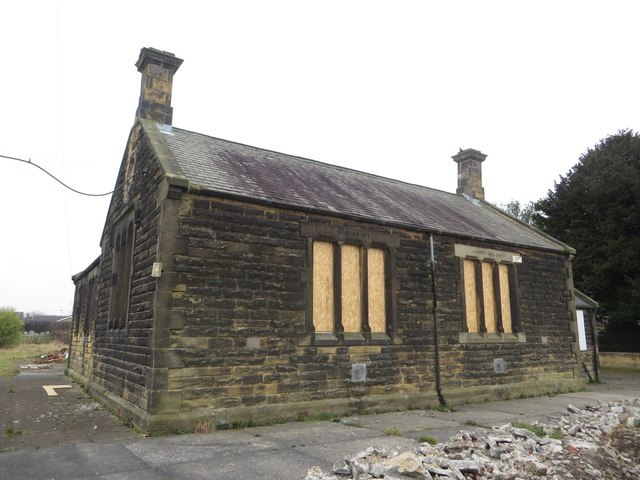