CONISTON, MONK, with Skelwith, a township, in the parish of Hawkshead, union of Ulverston, hundred of Lonsdale north of the Sands, N. division of the county of Lancaster, 4 miles (W. by N.) from Hawkshead; containing 470 inhabitants, of whom 259 are in Monk-Coniston. This place consists of various groups of houses and neat cottages, roofed with slate from the adjacent mountains, and beautifully scattered round the head of Coniston Lake, anciently called Thurston Water, which is about six miles in length from north to south, about half a mile in its greatest width, and about twenty-seven fathoms in depth. The lake abounds with char, said to be of finer flavour than the char of other lakes; and at the head, on the margin of the water, is an inn for the accommodation of visiters, where post-horses, carriages, and pleasure-boats are always in readiness. The scenery around abounds with every variety of picturesque and romantic grandeur. A church was erected and endowed by Mr. Redmayne, on the Brathey Hall estate, here, in 1835, and consecrated the year following; it is a neat edifice on the road from Hawkshead to Ambleside, near Brathey Bridge, where are two pleasing cascades. 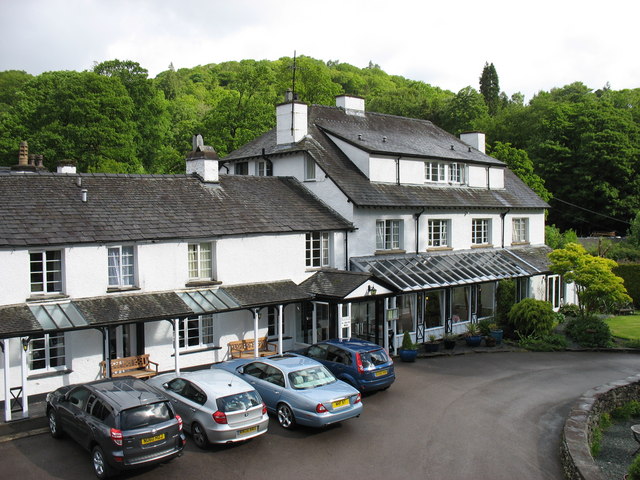 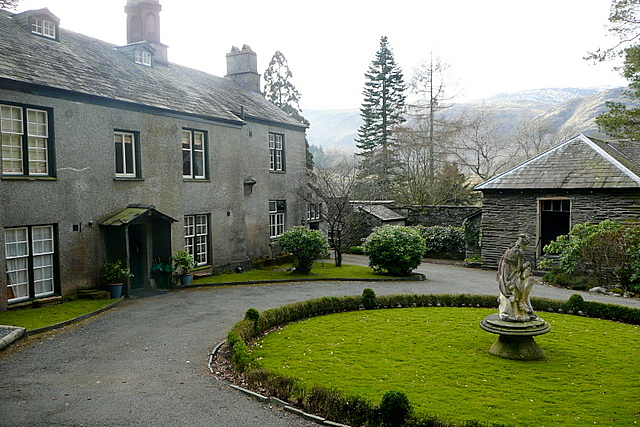