MIDDLETON-HALL, a township, in the parish of Ilderton, union of Glendale, N. division of Coquetdale ward and of Northumberland, 1¾ mile (S.) from Wooler; containing 64 inhabitants. Colonel Hughes, the first of the name who settled at Middleton Hall, was from Wales, and in the time of Cromwell commanded a regiment which is mentioned in the life of General Monk, to whose army the regiment was at one time attached. On quitting the military service, he came to reside at Middleton-Hall, then belonging to the Ratcliffe family, whose estates were forfeited in 1715, and granted by the crown to the Commissioners of Greenwich Hospital, by whom this place was sold some years since to the great grandson of Colonel Hughes, whose family had never ceased to be tenants of it. The township is bounded on the south by the Caldgate water, a small trouting-stream having its rise on the chief of the Cheviot hills. It comprises about 400 acres of arable land, 600 of pasture, and 50 of wood; the soil is a gravelly loam with a whinstone substratum, and the surface varies from undulated ground to mountainous, the latter abounding in black and red grouse. In a peat bog here is a fine seam of shell marl, in working which, a few years since, several red-deer horns were discovered in a perfect state. There are two circular camps upon slight eminences, in view of each other. 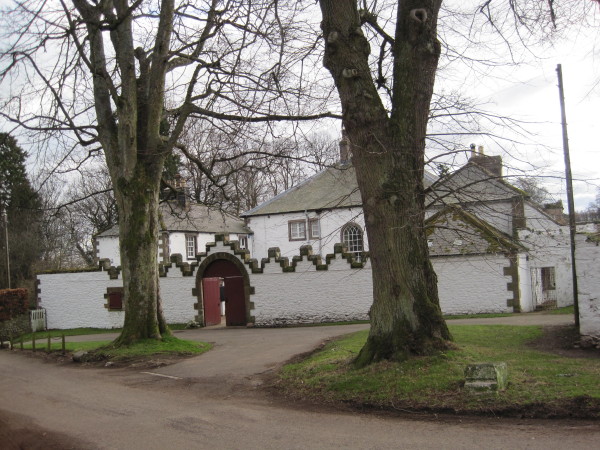