The Market Cross in Milnthorpe dates from the 18th century, with the cross repaired or replaced in the early 19th century. In 1845 the cross was taken down and a lock-up built on its site, when there was rioting during the construction of the railway. The cross was reerected on top of the lock-up. The lock-up was taken down in 1862 and the market cross was replaced in its original position.[1] The market cross is Grade II listed on the National Heritage List for England. 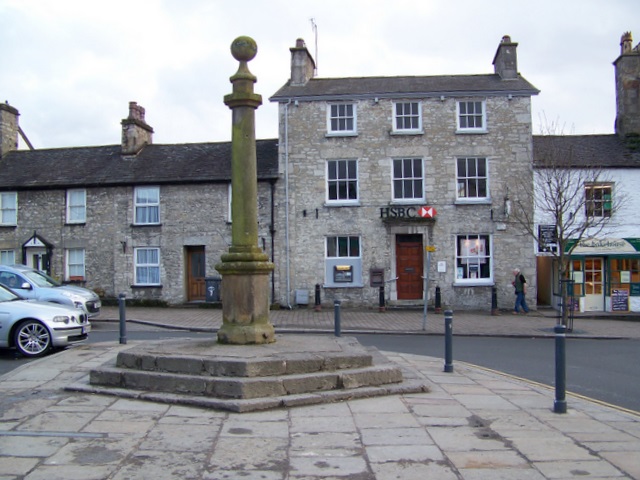 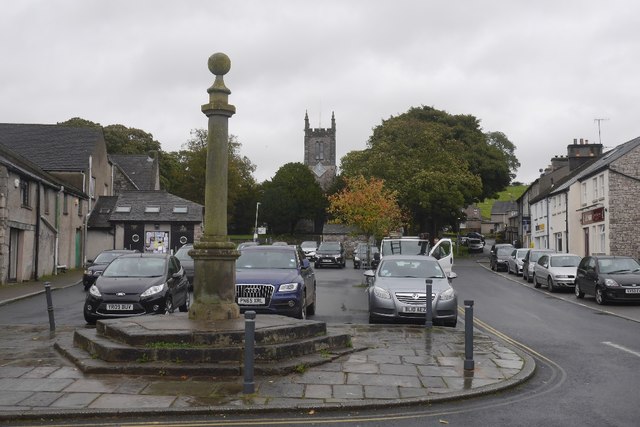 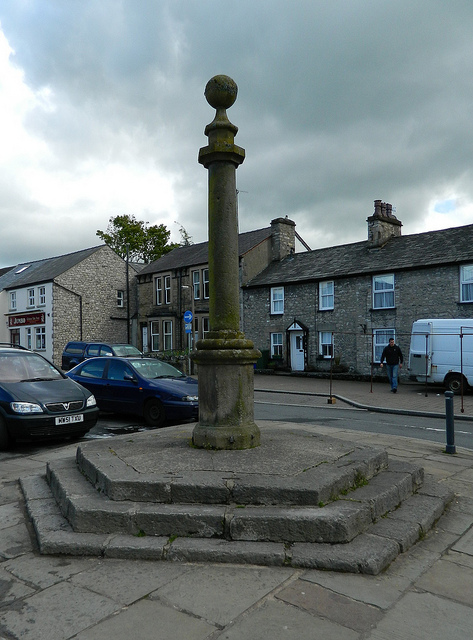