Jesmond (Jesus’ mount), an ecclesiastical parish, including the townships of Brandling, Jesmond Vale and Jesmond, was formed in 1861 from the civil parish of St. Andrew, Newcastle, and is included in the borough, of which it is the northern portion and a fashionable residential quarter. The church of St. Mary, erected as a memorial to the Rev. Richard Clayton M.A. master of St. Mary Magdalene’s Hospital and minister of St. Thomas’s chapel, is an edifice in the Gothic style, consisting of chancel, nave, aisles and a tower containing one bell: the reredos, presented in 1889 by a parishioner, at a cost of £500, is finely carved in oak and boxwood, and includes a representation of "The Lord’s Supper:" there are sittings for 1,300 persons. The register dates from the year 1861. The living is a vicarage, net yearly value £500, with residence, in the gift of five trustees, and held since 1889 by the Rev. Theodore Charles Chapman M.A. of Corpus Christi college, Cambridge. The population of the ecclesiastical parish in 1891 was 7,389. 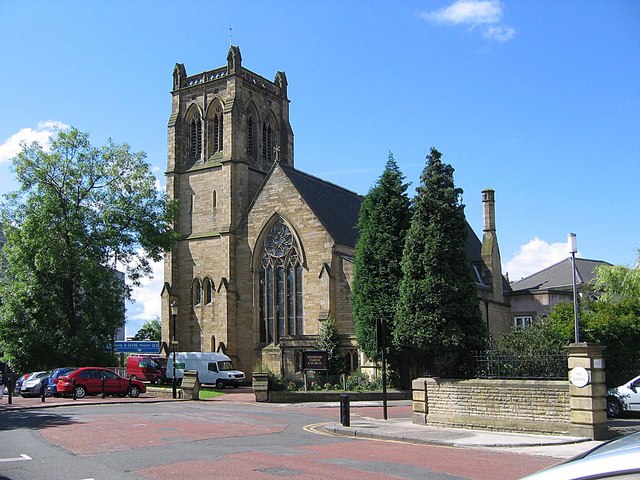