Howdon Metro station is a station on the Yellow line of the Tyne and Wear Metro network, in Howdon, North Tyneside, UK.

It was opened in June 1839 by the Newcastle & North Shields Railway, which later became part of the North Tyneside Loop served by the North Eastern Railway. On 1 December 1875, the station was renamed Howdon-on-Tyne to prevent it being confused with Howden in Yorkshire, on the line between Selby and Hull.

The station closed in August 1980 for Metro conversion, reopening in November 1982. It was almost entirely rebuilt; only one platform, clearly identifiable by its stone construction, remains from the original station. The other platform was rebuilt further down the line on the opposite side of a level crossing (the only one on the Metro served solely by the Yellow Line, as all the others are on the Green Line), creating a staggered platform arrangement. The station buildings were all demolished and replaced with modern structures. A pedestrian subway was built to allow passengers to cross the line. However, it does not have ramps for improved wheelchair or pushchair access. The NER footbridge was dismantled and erected at Goathland on the North Yorkshire Moors Railway. 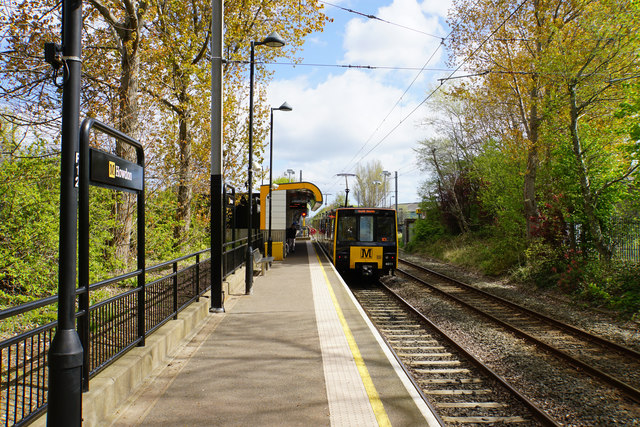