The building of the Hitachi Rail Europe assembly plant at Newton Aycliffe began in 2013. The plant is designed for large scale rolling stock assembly. Two initial contracts were for upgrades of rolling stock for the Great Western rail route and the East Coast Main Line. The plant was officially opened on the 3rd of September 2015, involving Hiroaki Nakanishi (of Hitachi) and MPs Patrick McLoughlin, Claire Perry, George Osborne and David Cameron (Prime Minister at that time). The Hitachi Rail Europe building at Newton Aycliffe, designed by Merchant Anglo, won the overall 'North East Project of the Year,' at the RICS Award 2018 (architecture).

Hitachi Newton Aycliffe is a railway rolling stock assembly plant owned by Hitachi Rail Europe, situated in Newton Aycliffe, County Durham, in the North East of England. Construction started in 2013 at a cost of £82 million, with train assembly commencing in 2015. It was the first factory that Hitachi built in Europe, as a result of it winning the Intercity Express Programme tender.

No actual manufacturing operation takes place at the site, it assembles components built elsewhere into completed trains. By October 2017, the plant employed over 1000 members of staff.

In 2007, the Department for Transport (DfT) in the United Kingdom decided to procure new trains to replace the InterCity 125 fleet and on 12 February 2009, the DfT announced that Agility Trains, a consortium led by Hitachi, had won the tender. In 2011 Hitachi chose the site of the UK factory at developer Merchant Place Developments' Amazon Park (later renamed Merchant Park mid-2013) site in Newton Aycliffe, County Durham, close to Heighington railway station and adjacent to the Tees Valley Line. Hitachi announced its intention to proceed with construction of the facility in July 2012, after financial closure was achieved for the part of the train order that concerned the GWML. The contract for the construction of the £82 million factory was awarded to Shepherd Group on 1 November 2013. Construction of the factory was scheduled to start in 2013, with train production beginning in 2015 and the plant reaching full production capacity in 2016. Erection of the frame of the factory was complete by June 2014, with an official topping out ceremony held in October 2014. The factory was officially opened on 3 September 2015, in the presence of Hiroaki Nakanishi (Hitachi), Patrick McLoughlin (MP), Claire Perry (MP), George Osborne (MP), David Cameron (Prime Minister of the United Kingdom) and 500 guests. It has created 420 jobs, and aims to employ more than 700 jobs at maximum capacity. It was reported that it received over 16,000 job applications in an deprived area where the SSI iron and steel plant recently closed down with a loss of 3000 jobs.

In January 2016 it was announced that Hitachi's successful tender for the Edinburgh to Glasgow Improvement Programme consisting of new British Rail Class 385 would be primarily assembled at Newton Aycliffe, and as part of FirstGroup's successful tender for the TransPennine Express franchise, it was announced in March 2016 that new Hitachi AT300 rolling stock would be assembled at Newton Aycliffe. It was claimed by Hiroaki Nakanishi that a UK vote to leave the European Union would result in a scaling back of investment in Newton Aycliffe, a claim which was echoed by local Labour politician, and backer of Britain Stronger in Europe, Phil Wilson.

The factory covers over 31.5 acres of land with a building footprint of 44,000 m2. It can assemble a maximum of 35 vehicles a month. The site is situated close to where George Stephenson assembled Locomotion No. 1, the first locomotive to carry passengers on a public rail line. 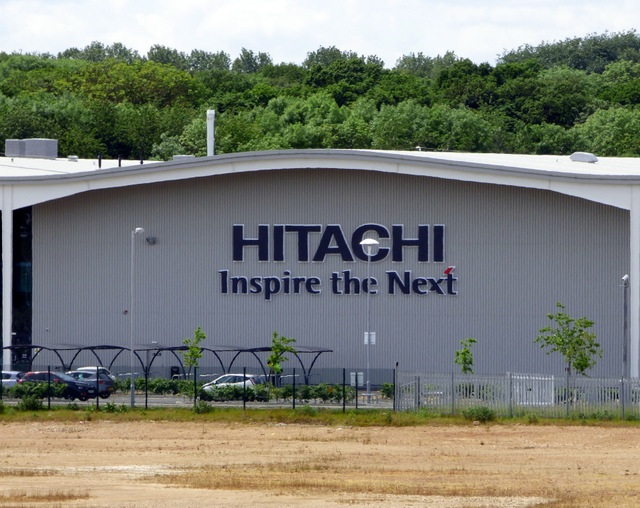 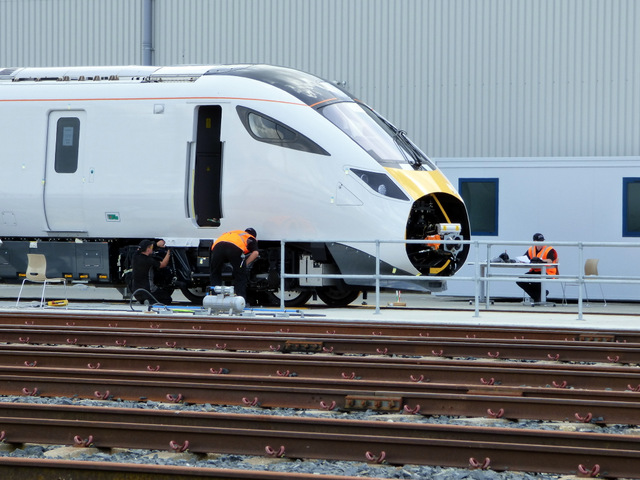 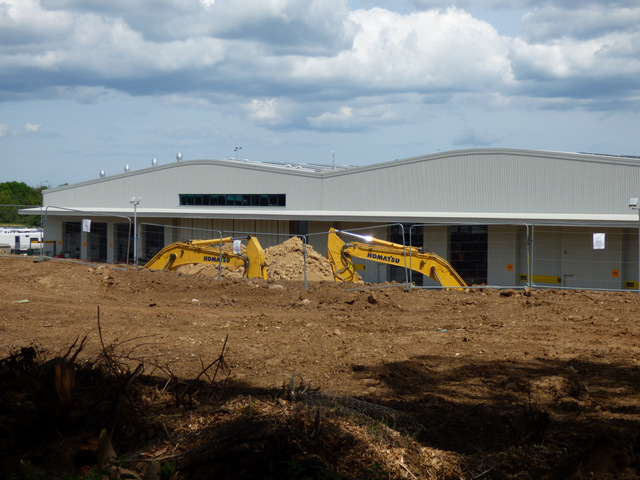 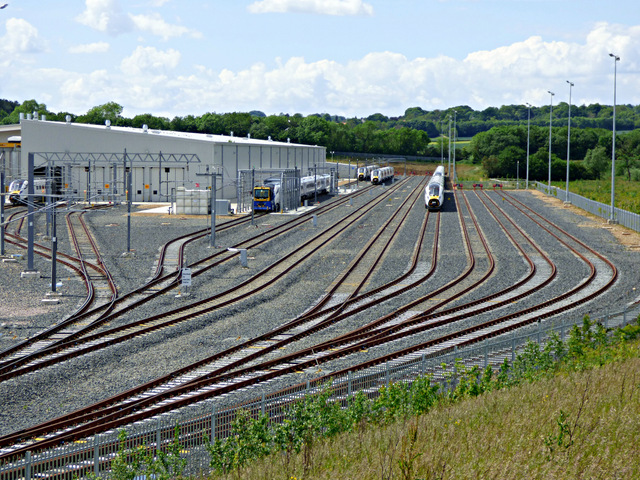 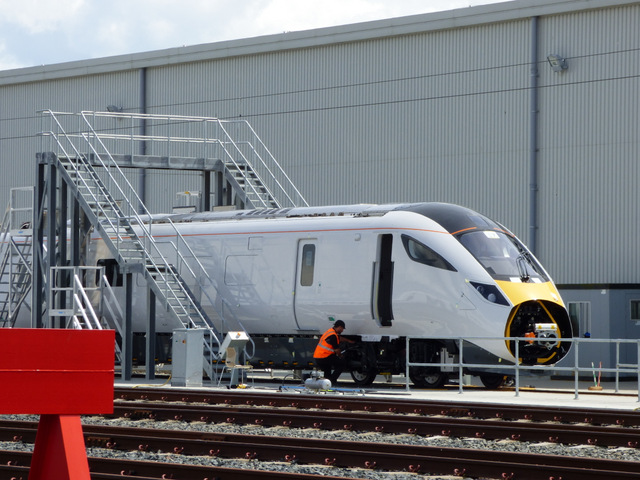 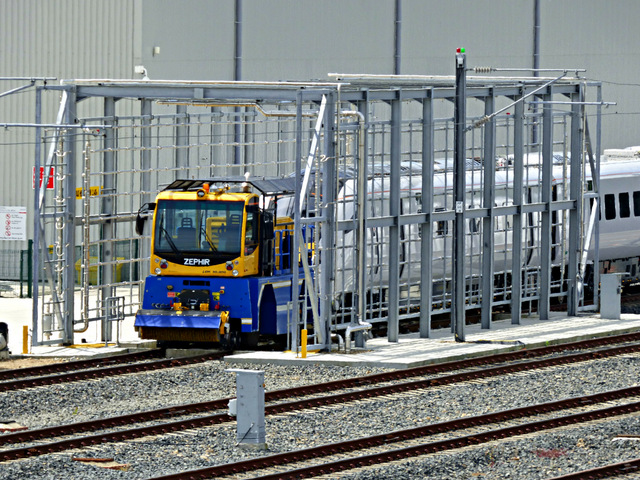 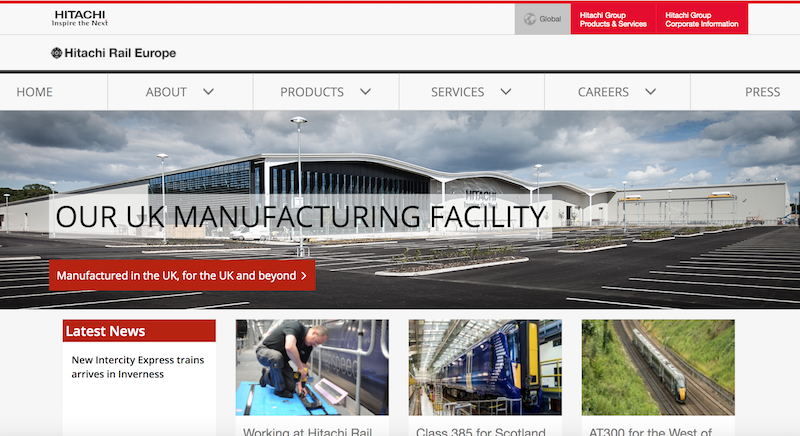 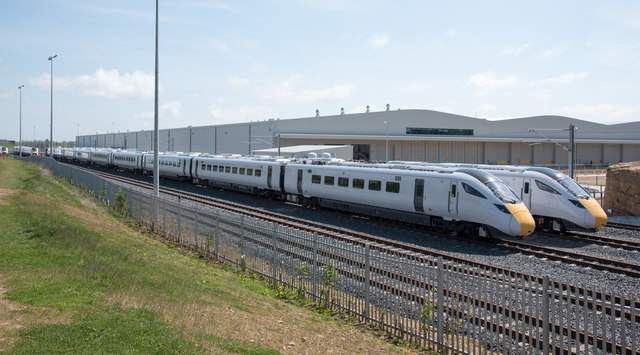 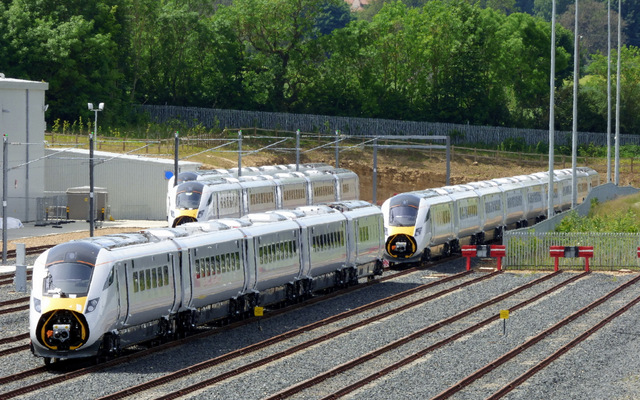