The station was opened in 1838 along with this section of the Newcastle and Carlisle Railway and is thought to be the work of the line's resident engineer John Blackmore. It became a junction in 1852, when a branch line south to the town of Alston was opened (see below).

Though reduced to unstaffed halt status in 1967, it has retained its water tower, water crane, main buildings, signal box and original wooden shelters; several of these are Grade II listed. The 1901-built signal box was taken out of use in 1993 when the station was re-signalled with colour lights (its replacement is a prefabricated structure on the opposite side of the line), but it remains in use as staff office accommodation. The track layout had previously been reduced and simplified since the demise of the branch and closure of the coal depot in the late 1970s (the old Alston bay platform remains on the south side, though without track). The former booking office and waiting room now houses the local tourist information office.

The station is unstaffed and has no ticket facilities, so all tickets must be bought prior to travel or on the train. Train running information is offered via digital display screens, timetable posters and telephone. Step-free access is available to both platforms (the westbound one via the road underbridge).

There is a basic hourly service in each direction (two-hourly evenings, hourly on Sundays), eastbound to Newcastle and westbound to Carlisle. From Monday to Saturday, three westbound services continue beyond Carlisle to Glasgow Central Station, via Kilmarnock. Until December 2009, two of these services went to Stranraer Harbour.

The station was also formerly the terminus of the Alston to Haltwhistle Railway, a branch line of the Newcastle to Carlisle. Originally built to access the mines around Alston, this line never fulfilled its economic potential and it was closed in 1976 following the completion of an improved road between the two towns.

The track was lifted the following year after a preservation attempt by the South Tynedale Railway Preservation Society proved unsuccessful. The society did eventually succeed in buying part of the line and built the South Tynedale Railway, a narrow-gauge heritage railway running from Alston, along the former trackbed as far as Lintley Halt and to Slaggyford by Easter 2017.

The path of the line follows the Pennine Way for some of its route, and was mentioned by Alfred Wainwright in his Pennine Way Companion. 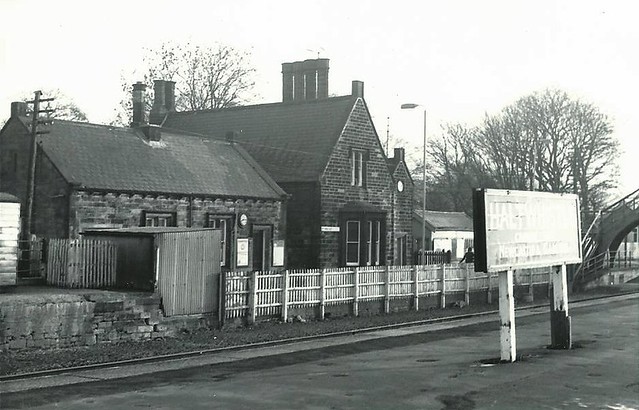 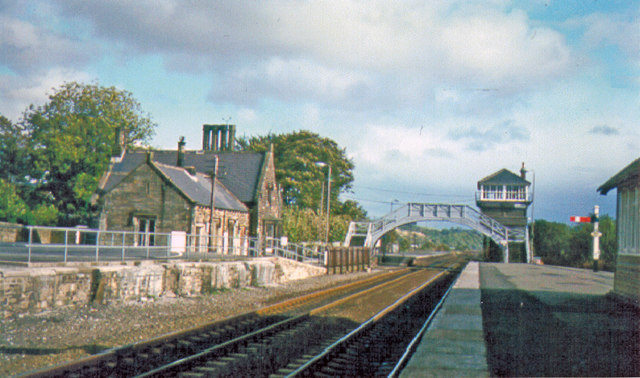