HAGGERSTON, a township, in the parochial chapelry of Ancroft, union of Berwick-upon-Tweed, Islandshire, N. division of Northumberland, 6½ miles (S.S.E.) from Berwick; containing 197 inhabitants. This place, which contains a number of scattered houses, gave name to a family by whom it was held at a very early period, and of whom Thomas Haggerston was colonel of the famous Northumberland regiment in the service of Charles I., and was created a baronet by that king in 1643. Haggerston Castle is an old family mansion, built on the site of a more ancient castle, which was burnt down in 1618, with the exception of one of the towers, still remaining, in which Edward II., in 1311, received homage of Thomas, Earl of Lancaster, for the earldom of Lincoln. The present house, which has received several additions, is beautifully situated in an extensive park, ornamented with fine groves and thriving plantations; near the house is the domestic chapel. There is a school, endowed with £10 per annum, and of which the master has a house rent-free. 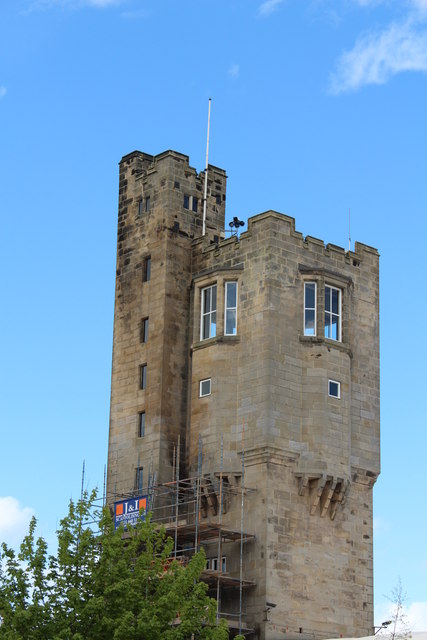 Haggerston
- Overview About Haggerston Map Street View Haggerston is a small settlement in Northumberland, located near the coast, about 6 miles south-east of Berwick-upon-Tweed. Today it is best known for Haggerston ...

Haggerston
- Overview About Haggerston Map Street View Haggerston is a small settlement in Northumberland, located near the coast, about 6 miles south-east of Berwick-upon-Tweed. Today it is best known for Haggerston ...