Grey College at Durham University was founded in 1959 and named after Charles Grey, 2nd Earl Grey (1764-1845). Located on on Elvet Hill, this was the first new college of the post-war expansion of Durham University. Initially the college admitted only male students; it was opened to females in 1984. The college mascot is the phoenix, representing the college rising again after its main Elvet block was burnt down in March 1959, prior to the colege opening in October of that year.

Grey College is a college of the University of Durham in England. Although it was originally planned for the college to be named Oliver Cromwell College, this proved too controversial and it was instead named after Charles Grey, 2nd Earl Grey, who was prime minister at the time of the university's foundation.

Founded in 1959, Grey was the first college of the university's post-war expansion, and the second college to open on Elvet Hill after St Mary's. It was also the last college founded before the separation of Durham and Newcastle in 1963. The college initially only admitted men, but has been mixed since 1984.

In March 1959, just a few months before the opening of the college, the Elvet block (then the main block of the college) was devastated by fire. However, the college recovered to open as scheduled in October and adopted the phoenix as its unofficial badge. The college coat of arms features a scaling ladder (or gré—the badge of the Grey family) between two St Cuthbert's crosses (the symbol of Durham). A new grant of arms in 2004 confirmed these and added the phoenix as a crest.

The head of the college is known as the "master". The first master was Sidney Holgate, who was head of the college from its foundation until 1980. He was followed by Eric Halladay who was master until 1988 when Victor Watts took over. Martyn Chamberlain was appointed in 2002 after the sudden death of Victor Watts. The current master is Tom Allen, who became the master in 2011. The college has a fellowship in mathematics (the Alan David Richards Fellowship) and a general fellowship scheme (the Sidney Holgate Fellowships), which includes funding for research fellows and an artist in residence.

During the 1966 World Cup, Grey was home to the Soviet Union's football team who were playing their group matches in Sunderland and Middlesbrough. They won all their matches while based in Durham, but eventually lost to West Germany in the semi-finals.

Grey College was exclusively for male students until the start of the 1984-1985 academic year, when a contingent of nineteen women joined the college in their first year as a pilot program. These first female members of the college had been assigned to Grey, rather than having chosen it, since they had not specified a college of residence at the time they had applied to the University of Durham. Few changes were made to accommodate the new mixed-sex living arrangements—toilet and bathroom facilities were shared, for instance. Female students could, however, request lace curtains in addition to the regular fabric curtains for their rooms.

In the following year, 1985–1986, Grey College opened its doors to all women, who could now actively apply to join the college. By the time these women had graduated three years later, Grey had become indistinguishable in population from the other mixed-sex colleges of the university.

There are four accommodation blocks on site: Hollingside (the main building), Elvet, Oswald and Holgate House. Grey was the first college in Durham to have all of its bedrooms connected to the university computer network. The college offers a number of other facilities: Hollingside contains the 350-seat dining room (the college is fully catered), the college bar and the Junior Common Room (JCR), which has the largest TV of any Durham college, while Holgate House has a conference centre and a library with over 7,000 books. A fifth building, Fountains Hall, is the home of Phoenix Theatre Company (PTC), and also contains the college chapel, a multi-purpose hall (for everything from badminton to band practice), and a toastie bar. The University Botanic Garden and the High Wood are located next door to the college, and a path leads directly to the Science Site.

Notable social events include the fireworks display (the largest in Durham); "The Informal Ball" with its fancy dress themes; and "Grey Day", a mix of fun events on the lawn and college bands, traditionally accompanied by the consumption of alcohol. The year comes to an end with "The Phoenix Ball", the largest and most lavish social event of the year.

Members of the college sometimes refer to themselves as the "Grey Army" and can be found at many college sporting events (usually rugby games) supporting the team, with a "Commander-in-Chief" appointed by the JCR each academic year to lead the troops. Another mascot of the college is the "College Trout"—a Big Mouth Billy Hamill toy that is currently stationed behind the bar. A bi-annual magazine, Grey Matter, also exists to satirize college events.

Grey is also famed for its termly art exhibitions which really took off when Henry Dyson was brought in to help develop the colleges art collection. One of the exhibitions held here was for Tom Lamb called 'My Mining Days' which gave an insight into the experience and culture of mining within the area.

The current master of the college is Thomas Allen, professor at Durham Law School.

Text from Wikipedia, available under the Creative Commons Attribution-ShareAlike License (accessed: 28/02/2018).
Visit the page: Grey College, Durham for references and further details. You can contribute to this article on Wikipedia.
Durham University Charles, 2nd Earl Grey (1764-1845) 1959 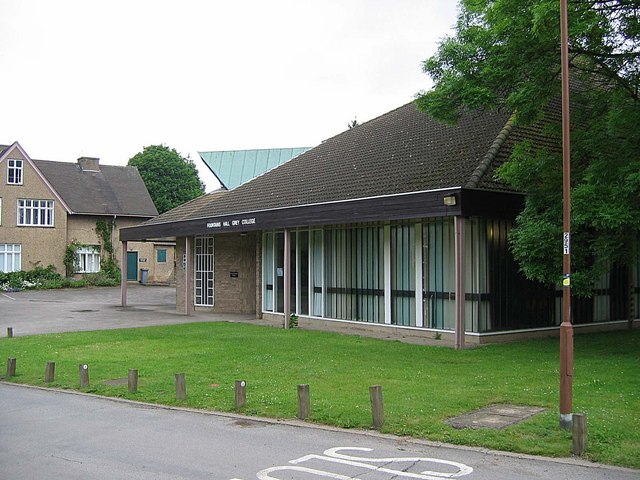 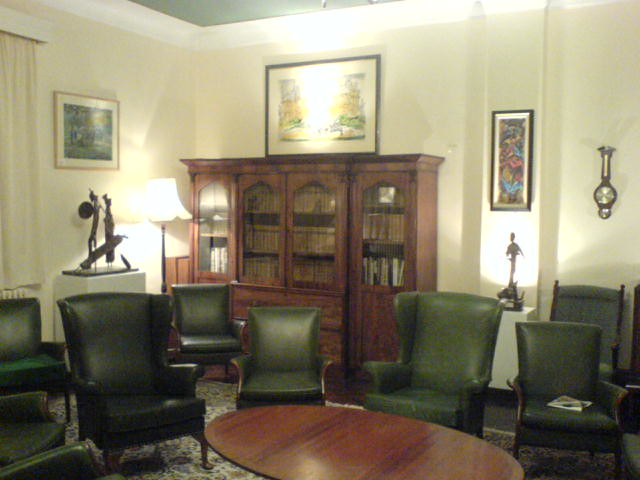 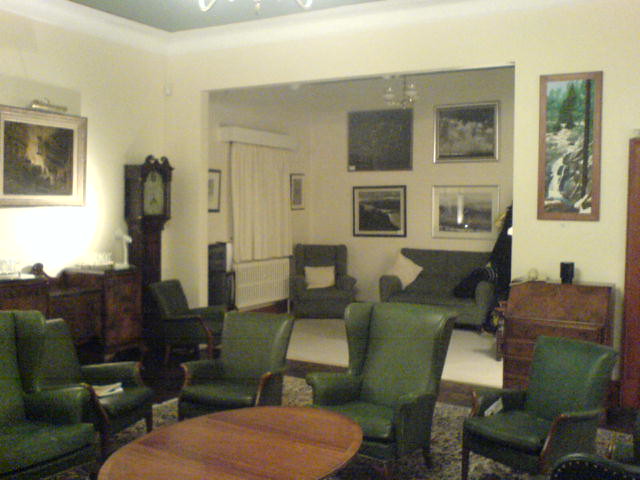 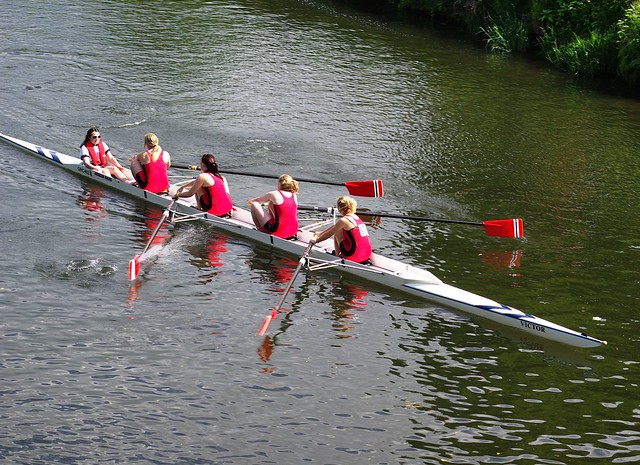 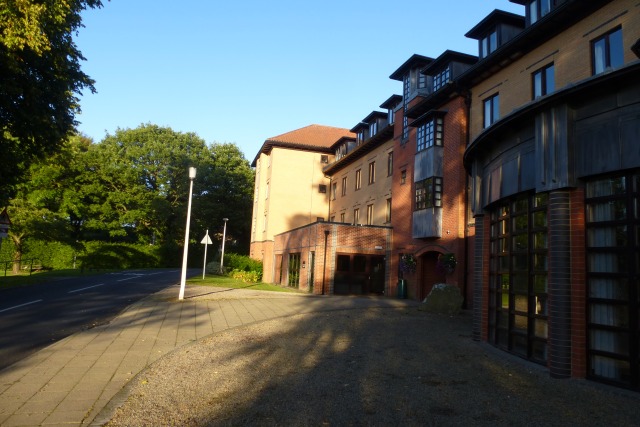 Coat of arms of Grey College, University of Durham
- Image by AlexD and licensed under the Creative Commons Attribution-Share Alike 3.0 Unported license.

Coat of arms of Grey College, University of Durham
- Image by AlexD and licensed under the Creative Commons Attribution-Share Alike 3.0 Unported license.