There is a distinctive octagonal stone gazebo, which looks a little like a castle turret, in the churchyard of St Mary's Church in Kirkby Londsdale. It was built in the late 18th or early 19th century, originally built as part of the Vicarage garden. In the early 19th century it was recorded as having a steep pyramidal roof, but is now topped off with cement blocks in imitation of battlements. The gazebo is Grade II listed on the National Heritage List for England. 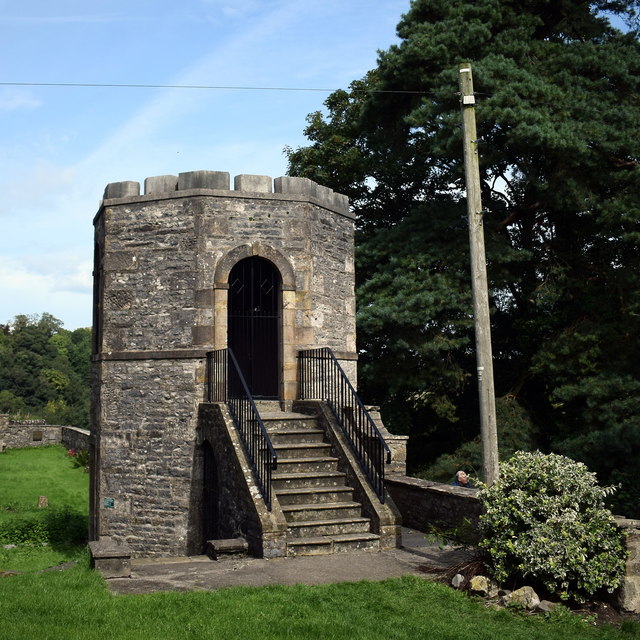 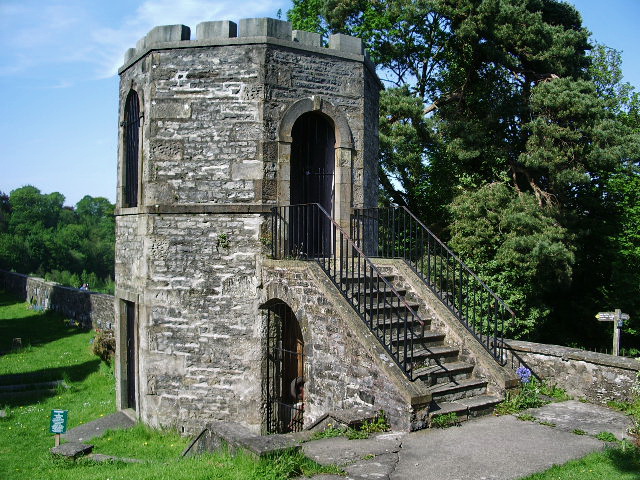 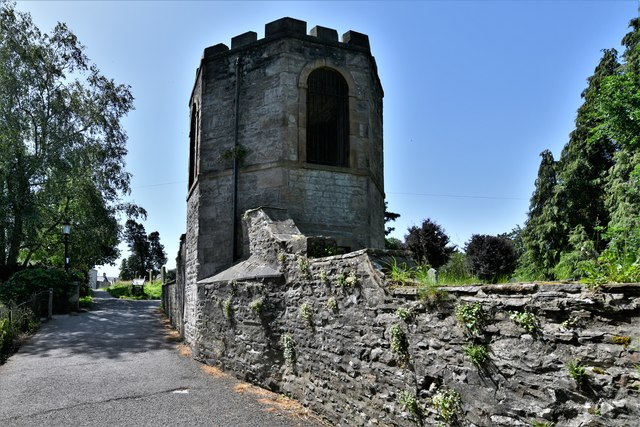 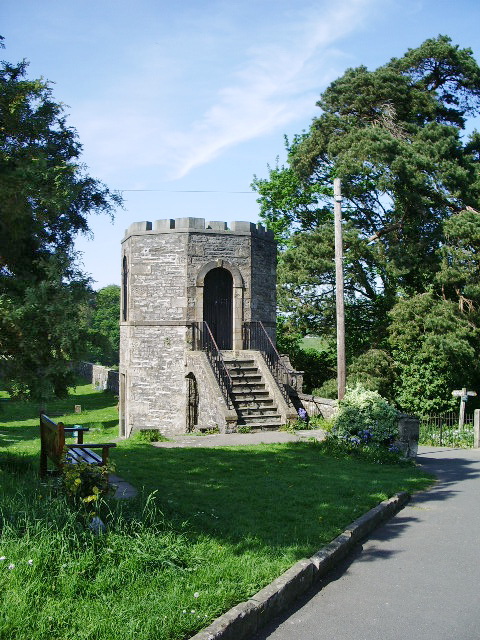