Extract below from: The History and Antiquities of the County Palatine of Durham: Volume 2, by Robert Surtees, Nichols and Son (publishers), London, 1820.

A small village one mile to the North of Monk-Wearmouth, held, I believe entirely by lease under the Church of Durham.

Some discoveries have, from time to time, occurred at Fulwell, which might lead a more desperate antiquary to fix the station ad Vedram on the lofty hills which command the coast. A letter in the Gent. Mag. October 1763, gives an account of a gigantic human skeleton found on Fulwell hills, together with two Roman coins, intended probably to satisfy Charon. Coins of the lower Empire have been also found at Whitburn.

"A few weeks ago a gentleman from Durham shewed me some large teeth and two Roman coins The teeth, he said, he took out of the jaw of a gigantic skeleton of a man, and the coins were found in the grave near it. The account he gives is in the substance as follows: Upon Fulwell hills, near Monk-Weremouth, within a measured mile of the sea, there are quarries of lime, which he rents of the proprietor. In the year 1759 he removed a ridge of lime-stone and rubbish upon one of these quarries, which was about twenty-five yards in length from East to West; its perpendicular height about a yard and a half, its breadth at the top was near six yards, and the sides were sloping like the ruins of a rampart. In the middle of this bank was found the skeleton of a human body, which measured nine feet six inches in length; the shin bone measuring two feet three inches from the knee to the ankle; the head lay to the West, and was defended from the superincumbent earth by four large flat stones, which the relater, a man of great probity, who was present when the skeleton was measured, and who himself took the teeth out of the jaw, saw removed. The coins were found on the South side of the skeleton, near the right hand. "P. Collinson."

A discovery of a more singular nature was made several years ago. In working the lime-stone quarries, a kind of square pit was opened, within which were deposited, a quantity of stags' horns cut into lengths of three or four inches, and resting amongst a deep-coloured substance most resembling decayed animal matter.

The great tithes of the township of Fulwell (parcel of the impropriate Rectory of Monk-Wearmouth) were purchased, on the general sale of the Hilton property, by Sir H. Williamson, who soon after conveyed to John Stafford, whose grandson John Stafford, Esq. alienated them to Richard Scruton, of Durham, Esq. the present proprietor.

A leasehold farm in Fulwell is attached to the Professorship of Poetry in the University of Oxford, the gift of the Rev. Henry Birkhead, LL.D. of All Souls College, Oxford, the Founder of that Lecture, and a great part of whose estate consisted in a lease from the Church of Durham.

Extract below from: History, Topography, and Directory of the County Palatine of Durham: Comprising a General Survey of the County, with Separate Historical, Statistical, and Descriptive Sketches of All the Towns, Boroughs, Ports, Parishes...(1856).

The Village of Fulwell is one and a quarter miles north north east of Sunderland.

Marwood Thomas shipbroker and publisher of a Maritime Directory

Extract below from the Imperial Gazetteer of England and Wales by John Marius Wilson, 1870-72. 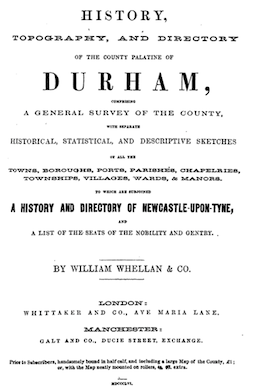 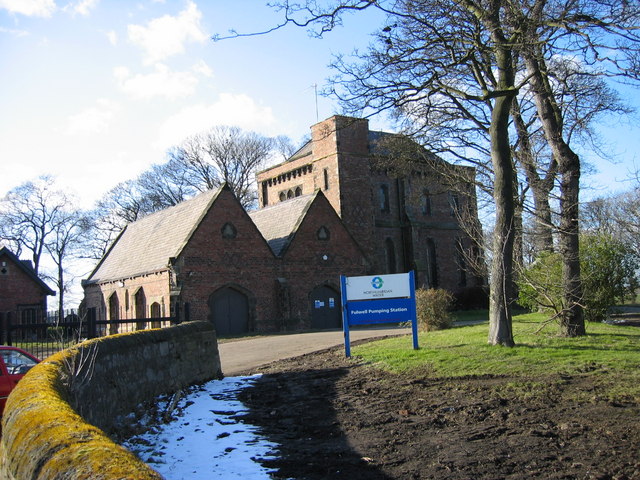 Fulwell
- Overview About Fulwell Map Street View &nbsp; Fulwell is an affluent area and former civil parish in the City of Sunderland and the English county of Tyne and Wear. The ...

Fulwell
- Overview About Fulwell Map Street View &nbsp; Fulwell is an affluent area and former civil parish in the City of Sunderland and the English county of Tyne and Wear. The ...