Farringdon Community Academy is a co-educational secondary school with academy status, located in the suburb of Farringdon in Sunderland, Tyne and Wear, England.

The school was built along with the estate of Farringdon in 1956. The school has undergone a number of changes, including the construction of new blocks of classrooms and a sports hall. It currently has 885 students.

It once acted as the main secondary school for the suburbs of Farringdon, Doxford Park, Silksworth and East Herrington. Its catchment area was reduced in 2003 following the completion of The Venerable Bede Church of England School in Tunstall.

In 2002, the school became the site of the Farringdon Jubilee Centre, a community centre for the residents of Farringdon partly funded by the school. The building includes facilities such as training rooms, computers and a crèche. It offers training and courses to local residents and is a meeting point for local residents and community groups. It hosts a regular community day four times a year, hosting the army, the RAF and many other organisations there.

Following the Education Act (2002), Farringdon became a specialist Sports College, which had always been a focus of the school in the past. Formally, it became known as a Farringdon Community Sports College. As a result, floodlit tennis courts and a pavilion with a dance studio and a large multi-gym have been built.

The school converted to academy status on 1 July 2013 and was renamed Farringdon Community Academy.

In June 2018 the school introduced a house system where all year groups from 7 to 11 all in a mixed form together in a certain house, the houses are based off Sunderland’s Shipyards and the houses are as followed:

Text from Wikipedia, available under the Creative Commons Attribution-ShareAlike License (accessed: 17/07/2018).
Visit the page: Farringdon Community Academy for references and further details. You can contribute to this article on Wikipedia.
Farringdon 1956 Secondary Schools 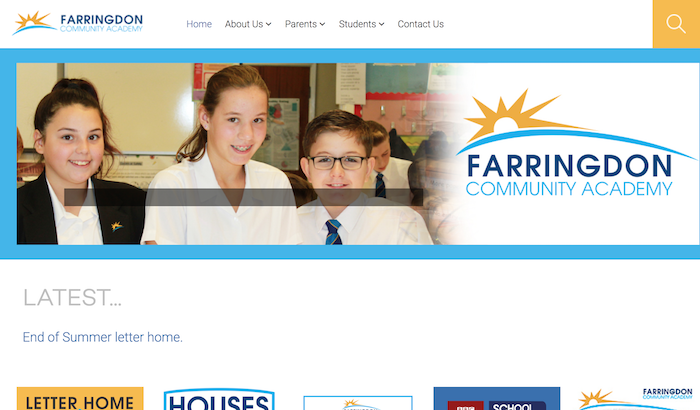 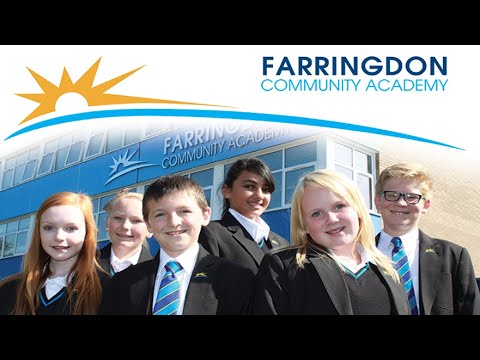