The farmhouse at Buckton in Northumberland dates from the mid 18th century, located near the site of an earlier Medieval settlement. The farmhouse was refaced and extended early 19th century. The farmhouse is Grade II listed on the National Heritage List for England.[1] The farmhouse has a walled garden, stable and coach house, also dating from the18th century and separately Grade II listed.[2] There is also an 18th century tack room (a store for saddles and other riding equipment) and bothy (accommodation for farm labourers) - now used as a store - also Grade II listed.
Buckton Historic Buildings and Monuments in Kyloe Civil Parish Grade II Listed 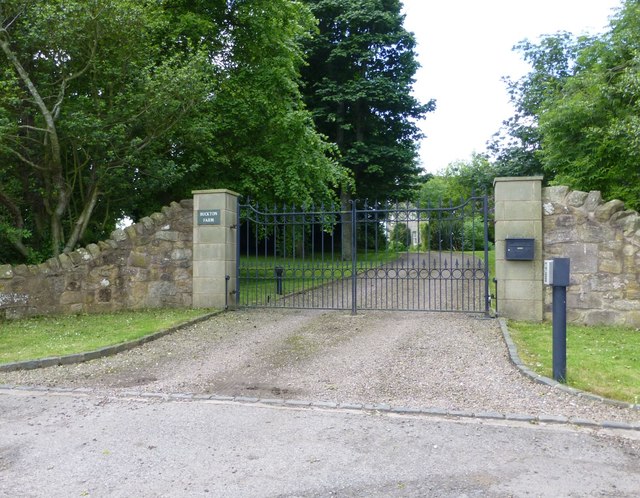