Eskdale Green is a village in Cumbria, England, 10 miles west of Coniston. Historically in Cumberland, it lies off the A595 road and is one of the few settlements in Eskdale.

The village is centred on the small St. Bega's Church and hall. Since 1950 the Outward Bound Trust has owned Gate House mansion near the centre of the village, which they operate as an outdoor adventure and education centre for young people. In late summer the grounds of Gate House are the venue for the annual Eskdale Fête. The Gate House grounds used to encompass the Giggle Alley Forest, to the northwest of the village, which is now open to the public and contains of woodland, including a secluded Japanese garden designed by Thomas Mawson.

The Ravenglass and Eskdale Railway has two stations in the village. Eskdale Green station (or The Green) is a short distance to the south of the village centre, while Irton Road station is at the western edge of the village, on the road to Irton Pike.

Text from Wikipedia, available under the Creative Commons Attribution-ShareAlike License (accessed: 29/09/2021).
Visit the page: Eskdale Green for references and further details. You can contribute to this article on Wikipedia.
Cumbria Eskdale Civil Parish 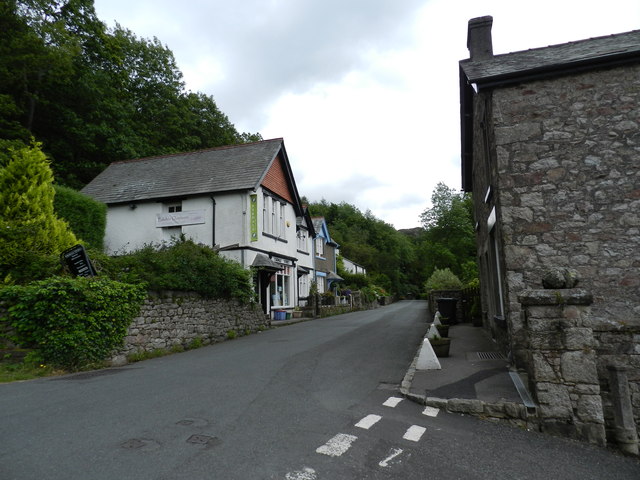