Esh is a village and civil parish situated around five miles north-west of Durham in County Durham, England.

The central area of the village contains a stone cross, which probably replaced a former market cross. This is locally known as St Cuthberts Cross and bears the inscription I. H. S., and the date 1687. Esh is a rural village, nestled between a number of working farms; it has two primary schools, a pub and two churches, St Michael and All Angels (C of E) and St. Michael's (Roman Catholic).

Esh parish comprises a number of small settlements located near and around Esh village, which include: Ushaw Moor, Esh Winning and Langley Park. Predominantly these are old colliery villages sited on top of the Durham Coalfield, which was exploited in the area from the late 1800s, leading to a need to house workers from newly sunk collieries. The population effect of the coal industry is clearly reflected in a table of population growth through the 1800s, which shows a nine-fold increase in a twenty-year period.

The name Esh is thought to derive from an Anglo-Saxon name meaning ash tree, whilst the spelling reflects an old Northumbrian dialect, which evidently is local to the area.

A major aspect of Esh's history is bound up with the coal industry. The Esh colliery specialised in the mining of coal and then from 1896 also the manufacture of coke. Employment in the collieries peaked in 1914, with around 870 men employed just prior to World War I. In 1947 production of coal peaked at 70,000 tonnes largely in response to the demands of World War II. This form of employment was typical all over Northern England and much of Wales at the time and allowed for the community to develop and result in what remains today.

An electoral ward in the same name exists. This ward stretches west to Cornsay and other areas. The total population of the ward taken at the 2011 Census was 6,570.

There has been a church on the site of St. Michael and All Angels since at least 1283. The present building probably dates to the early 18th century and was heavily restored in 1850. King Edward I attended Mass here on 10 September 1306, while on his way from Durham to Hexham and left an offering of seven shillings. The church holds the effigy of a lady created out of sandstone.

Christian legend proclaims that monks stopped and rested in the village whilst carrying St Cuthbert's body on the way to Durham and gives reasoning for the name of the village cross. Another iconic person linked to St. Michael and All Angels from 1835 until his death was the British astronomer Temple Chevallier, who served as C of E Parson at Esh, and restored the church whilst also lecturing at Durham University.

Two primary schools preside in Esh, both with links to Christian Churches. This potentially reflects the high level of religious followers in the area.

Originally a Catholic Convent, thought to have been established in 1795 therefore making it the oldest Roman Catholic primary school in the area. However, the convent closed in the summer of 2010 due to Sister Anna Ryan leaving; ending a 121-year tradition of having a nun heading the school.

Subsequently, a former pupil, Helen McDaid is to become Head of the school and the school continues to thrive having achieved an outstanding Ofsted report in 2010.

The school was founded about 1836 by Temple Chevallier, on land which had previously been part of nearby Glebe Farm. Mr R Ward is the Head and although not a former convent, this Church of England primary school also assists teachings with Christianity. This is reinforced by a report made by the Statutory Inspection of Anglican Schools; the school holds the motto 'Everyone Smiles Here' and a SIAS inspection found this to be a trend setter in the way pupils behave towards each other and is stated to be highly commendable.

Esh ward currently holds 2093 homes and has a population of 5023. The data in the table below shows how the majority of residents in the area are between 30 and 59. At this age you would expect workers to be reaching the peak of there career and couples settling down to make a family. Esh is primly located for families with working parents as it lies only 5 miles from Durham, giving accessibility to workplaces. Whilst the two schools in the area are both highly rated, potentially giving reason for the high number of people living in Esh within this age bracket.

Starting from Langley Park, accessible from the A691 Durham to Consett road. Around seven miles long the walk will take approximately three hours to complete and is reasonably unchallenging except for a steep climb towards the beginning. The full route may be found on the Esh Parish website posted in the extended links below. Whilst ordnance survey maps covering the area include the Landranger scale 1 :50,000 No.88 and the Pathfinder maps scale 1 :25,000 No's 571 Lanchester and 572 Durham.

Esh's only pub, has been in the village since the fourteenth century and is thought to have been visited by Edward I. Furthermore, good reviews from The Good Pub Guide reflect well on the village and the public house. The guide states that The Cross keys is a pleasant pub in a "picturesque village, with beautiful views across the valley and a full menu".

Text from Wikipedia, available under the Creative Commons Attribution-ShareAlike License (accessed: 10/01/2020).
Visit the page: Esh, County Durham for references and further details. You can contribute to this article on Wikipedia.
County Durham Esh Civil Parish Church of St Michael and All Angels, Esh Village Cross, Esh 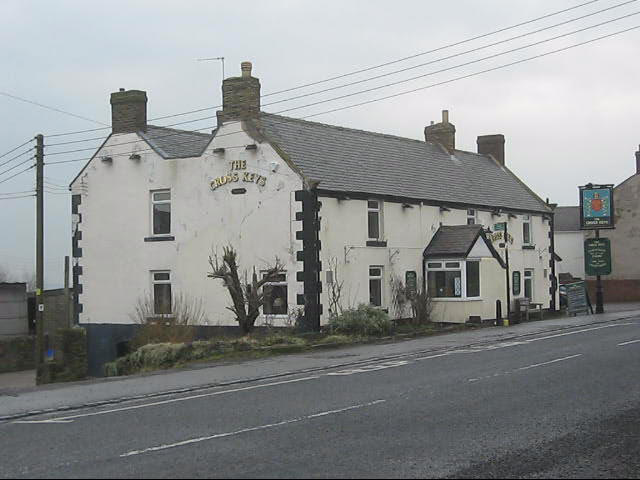 The Cross Keys at Esh 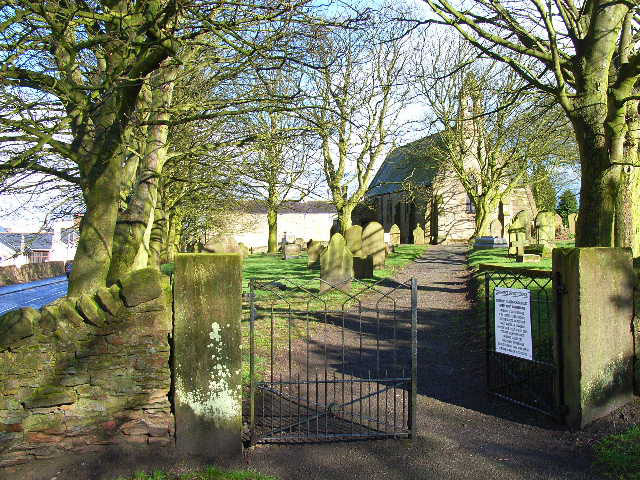 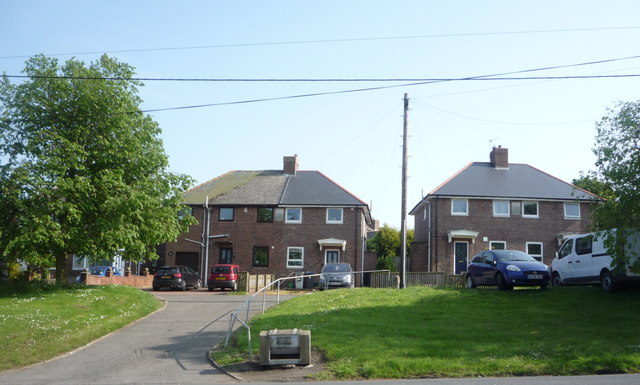 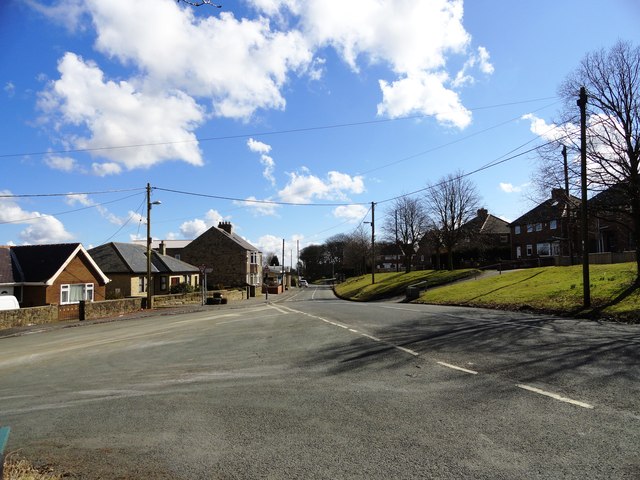 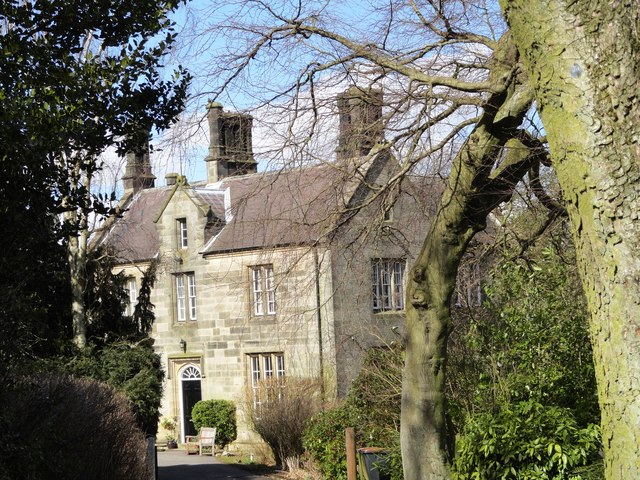 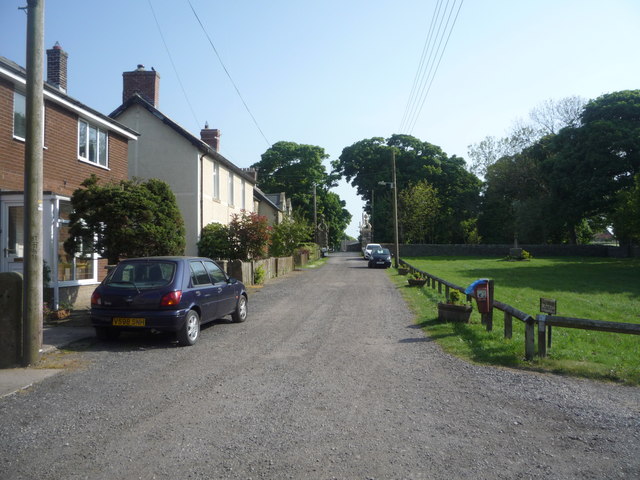 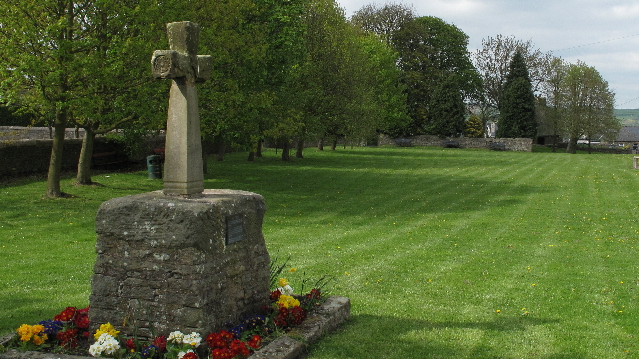 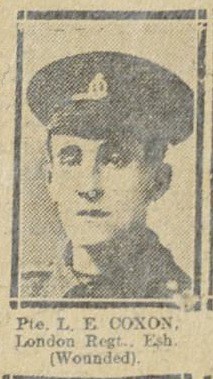 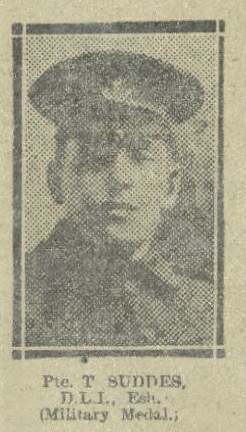 The Cross Keys at Esh

Church of St Michael and All Angels, Esh