Egremont is a market town, civil parish and two electoral wards (North and South) in the Borough of Copeland in Cumbria, England, 5 miles (8.0 km) south of Whitehaven and on the River Ehen. Historically in Cumberland, the town, which lies at the foot of Uldale Valley and Dent Fell, has a long industrial heritage including dyeing, weaving and iron ore mining. It had a population of 7,444 in 2001, increasing to 8,194 at the 2011 Census.

The town's layout today is much the same as at the time of Richard de Lucy around 1200 with its wide Main Street opening out into the market place. The remains of the Norman castle, built in the 12th century, are situated at the southern end of Main Street near the market place.

Egremont was granted a charter for a market and annual fair by King Henry III in 1266. The resulting annual Crab Fair now hosts the World Gurning Championships.

The modern economy is built on services, media and tourism, together with nuclear industry at Sellafield.

Egremont's Florence Mine was (until 2008) the last working deep iron ore mine left in Western Europe and produced ore, products for the cosmetics industry and high quality haematite for jewellery.

Florence Mine can be found just south of Egremont.

A large local employer is the nuclear site at nearby Sellafield. The last few years have seen the running down of the nuclear power industry and the growth of the nuclear decommissioning industry.

Egremont formerly had a railway station on the Whitehaven, Cleator and Egremont Railway, but it closed in 1947.

Bus services 6 and X6 link Egremont to Seascale, Gosforth and towns south of Egremont. There are many other bus services that link to Whitehaven and Workington (30, 30A, 22 and 22A).

The A595 bypasses Egremont, which gives strong links to Sellafield to the south and to the north, Whitehaven and Workington.

Egremont has a castle, several churches, two supermarkets and a market selling a variety of goods held every Friday.

It has had a brass band since 1904. The band aims to promote brass band music in the local area.

It has an active public and community arts programme, called Creative Egremont. The town is home to Florence Arts Centre, based at the nearby Florence Mine (now disused), which has a programme of live events - gigs, theatre and stand-up comedy - and an art gallery. There is a studio on-site for the Florence Paintmakers, a co-operative of artists who use the local iron ore pigment to make oil and watercolour paints, pastels and other art materials.

Egremont also has a dedicated town freesheet, published by Egremont & District Labour Party and delivered to thousands of addresses in the town several times a year. The paper is financed by the Copeland Constituency Labour Party, and its treasurer is David Southward MBE.

Egremont's Crab Fair is held on the third Saturday in September annually, and features unusual events – such as the world-famous 'gurning' and greasy pole climbing. This fair is a major local event, with the town's high street being closed to normal traffic for street dancing and a parade, while sports such as Cumberland & Westmorland Wrestling are held on ground nearby.

The fair's origins go back to 1267, and it is claimed to be one of the oldest fairs in the world.

History of the town

Egremont pre-dates the Norman conquest. The Danes first established a fort on the site of Egremont Castle around the end of the first millennium AD.

In about 1300, the town was established much as it is seen today, surrounded by agricultural lands. In 1322, Robert Bruce attacked the town, causing a huge death toll. For the next 100 years or so an uneasy peace followed and the castle fell into ruins.

In 1565, a stone bridge was built over the River Ehen to access the town, which was now smaller because of frequent Scottish raids. Little changed for a century, until new stone buildings appeared on the Main Street, probably built with stone from the castle. In 1683, Edward Benn and his heirs were given land with the provision that they rebuild the stone bridge and maintain it for ever.

Over the next 60 years new schools, churches and the town hall were built. New housing estates were also built to accommodate the growing town, with many old parts of the town being demolished in 1968.

In 1964, Wyndham School was built, an early comprehensive school. In 1970, there was a large increase in workers moving into the town to work on the new nuclear site.

In bygone days, dyeing and weaving were traditional industries based around the River Ehen.

Iron ore mining and quarrying has been established in Egremont for more than 800 years. Industrial mining of iron ore started around 1830 with many mines being opened, and continues to this day.

Around the early 17th century, agricultural lime was mined at Clints Quarry, with more heavy duty mining being undertaken to supply the iron and ore industry in the mid 19th century, finally ending in 1930. Clints Quarry (now a Site of Special Scientific Interest) can be found just north of Egremont town.

In 1950, Rowntrees built a chocolate crumb factory near Christie Bridge and the nuclear industry became established at Sellafield. The Rowntrees site has become a new housing estate, York Place, which is located at the northern end of Main Street.

History of the Barony of Copeland (or Egremont)

When William Rufus extended Norman rule into Cumbria in around 1092, control of the area was given to Ivo Taillebois, who was married to Lucy of Bolingbroke, heiress of extensive lands in Lincolnshire. When Ivo died in 1094, this authority passed to Lucy's second husband Roger fitz Gerold de Roumare, who survived for only two more years, then to her third husband Ranulph le Meschines. On his becoming the Earl of Chester, his estates were returned to the Crown towards paying for the earldom. Around 1120, Henry I gave the Barony of Copeland to Ranulph's son William who made his home at Egremont and began to build the castle, which took approximately 150 years to complete. The Barony was inherited by William's son Ranulph . With Ranulph having no male heir, the Barony passed to his sister Alice, who married the Scottish prince, William Fitz Duncan; they had a child who, after his death, became known as “the Boy of Egremont”; again, with no living male heir, William Fitz Duncan's estates passed to his three daughters Annabel, Cecily and Alice.

Around 1205, the tale of Grunwilda was told; she was the wife of Richard de Lucy and was killed by a wolf on a hunting trip; this tale is recounted in the poem "The Woeful Chase". Again leaving no male heir, Richard died and the superstition began that no male heir should inherit Egremont Castle because of the conduct of the forefathers. Egremont was granted its royal charter by Henry III in 1267.

When the last male Multon died in 1335, one of the co-heiresses married Thomas Lucy, grandson of Thomas Multon. Anthony, the last Lord Lucy, died in 1369, and the lands passed to his brother-in-law Henry Percy, 1st Earl of Northumberland, staying with the Percy family and its successors ever since. The present lord is John Max Henry Scawen Wyndham, Baron Egremont and Baron Leconfield, who lives in the family home, one of the earliest Percy possessions: Petworth House in West Sussex. The dowager Lady Egremont, Pamela, lives at Cockermouth Castle.

On 2 June 2010, the area became the centre of a search after a gunman ran amok in Cumbria. Derrick Bird, a 52-year-old local taxi driver, shot and killed twelve people, two of them in Egremont, before committing suicide. 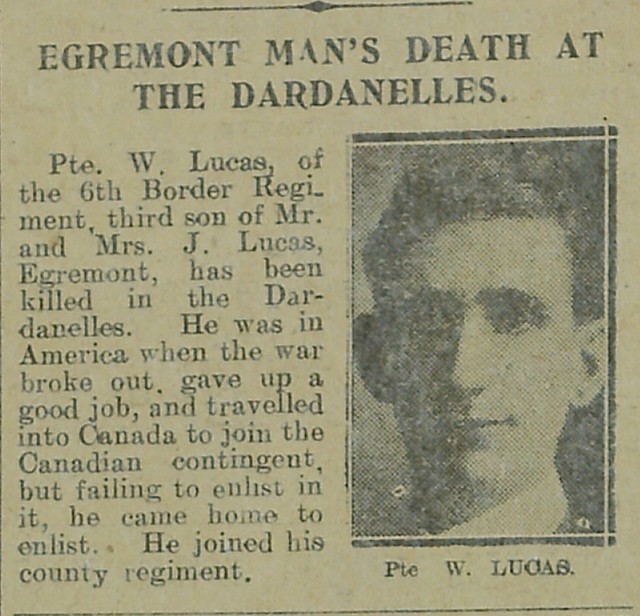 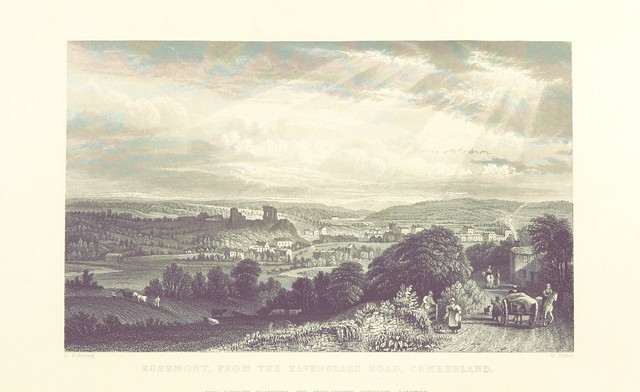 Egremont, from the Ravenglass Road, Cumberland 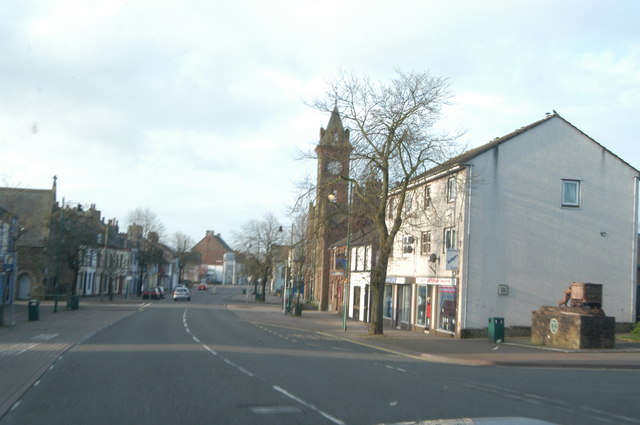 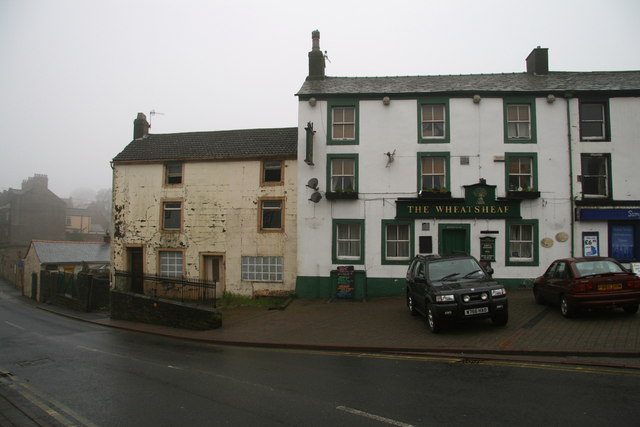 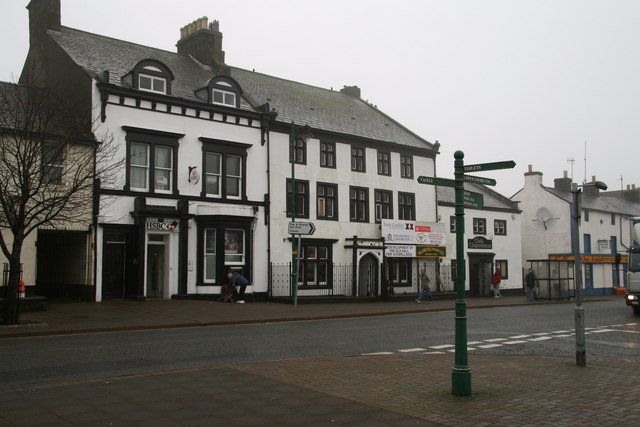 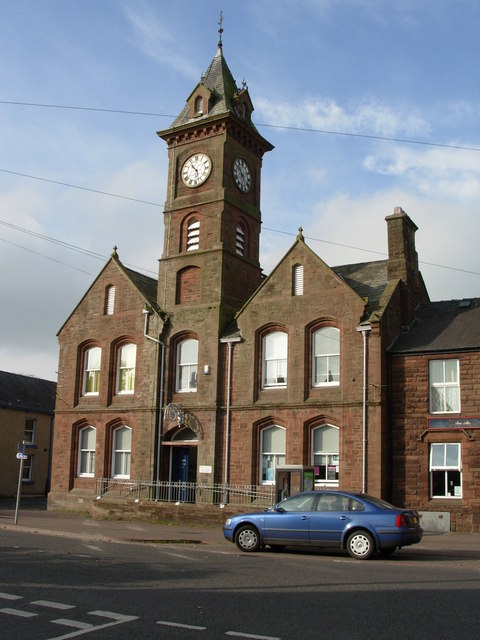 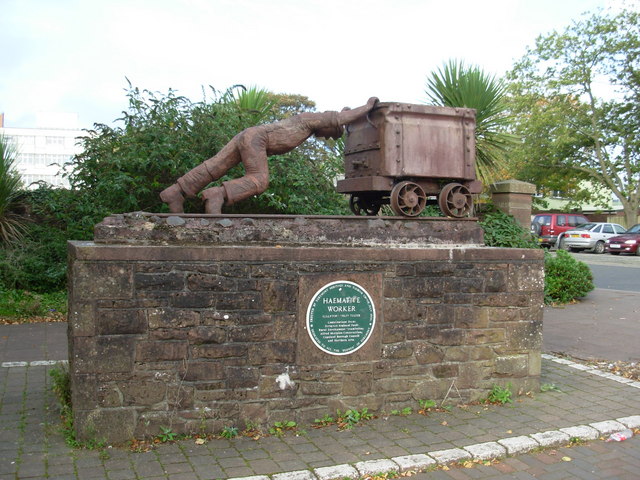 Memorial to The Redmen

Egremont, from the Ravenglass Road, Cumberland

Memorial to The Redmen